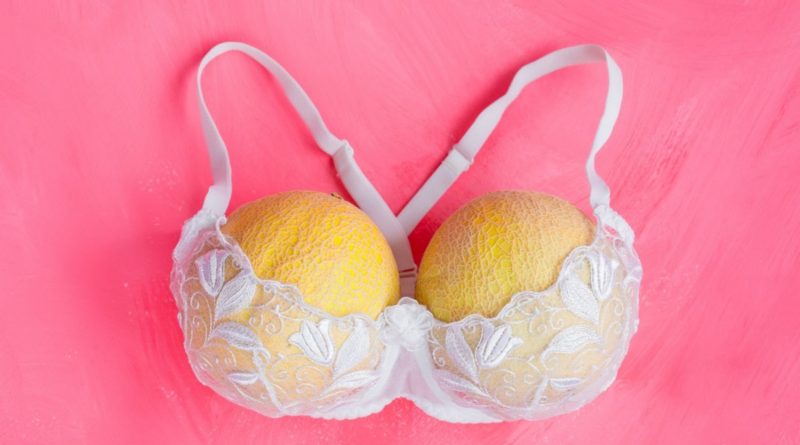 ncreasingly, more women are removing their breast implants and opening up about their ‘explant’ surgery. From Rachel Finch to Chrissy Teigen and Ashley Tisdale, celebrities have been quick to voice their reasoning behind removing their implants, ranging from ruptured implants, pain, or simply because they’ve grown out of fake boobs and are wanting to embrace a more natural look. But as health officials are now warning, those who are yet to have their breast implants removed could be at risk as 76 cases here in Australia have been linked to a rare cancer.

After several people with breast implants developed a rare form of cancer, doctors discovered that breast implants could be associated with anaplastic large cell lymphoma (BIA-ALCL), which is a kind of non-Hodgkin’s lymphoma. In a statement, Safe Care Victoria explained: “At March 2021, the federal regulator, the Therapeutic Goods Administration (TGA), is aware of about 76 cases of BIA-ALCL in Australia.”

“Please be vigilant for symptoms including a lump on your breast, unexplained swelling on one side or an accumulation of fluid around the implant,” the statement read. “While the risk is low, these may be signs of a rare form of cancer called breast implant-associated anaplastic large cell lymphoma.”

Other symptoms of the rare cancer include pain in the breast, a rash on the breast or lump on the breast, in the armpit or elsewhere. Doctors urge those with breast implants to speak to their GP immediately if a change is noticed in the breast, and suggest that this cancer is highly curable if diagnosed and treated early.

While countless Australians have undergone breast implant surgery, doctors advise that only those who are experiencing symptoms should have their breasts examined by a GP and that there is no reason for implants to be removed if symptoms aren’t present.

Whether this news will have a bearing on breast explant surgery remains to be seen. So far, as One Cosmetic, a Sydney based cosmetic surgery practice reports, “In the past two to three years, explant surgery has been growing. We have experienced a 30-50 per cent rise of the procedure in our clinic alone. On average we are performing 12-14 breast implant removal procedures each month.”

As Chrissy Teigen remarked on her Instagram post in which she announced the surgery, “I’m getting my boobs out! They’ve been great to me for many years but I’m just over it. I’d like to be able to zip a dress in my size, lay on my belly with pure comfort! No biggie! So don’t worry about me! All good. I’ll still have boobs, they’ll just be pure fat. Which is all a tit is in the first place. A dumb, miraculous bag of fat.”

That said, breast augmentations continue to be one of the most popular cosmetic surgery procedures here in Australia and it goes without saying that when it comes to your body, it’s your choice. As far as BIA-ALCL is concerned, the risk depends on the type of implant selected and is estimated to be between one in 2,500 and one in 25,000. Health officials recommended that anyone seeking breast augmentation surgery and implants discuss with their doctor what implant is best. Textured surface implants tend to be associated with a higher risk compared to those with a smooth surface.