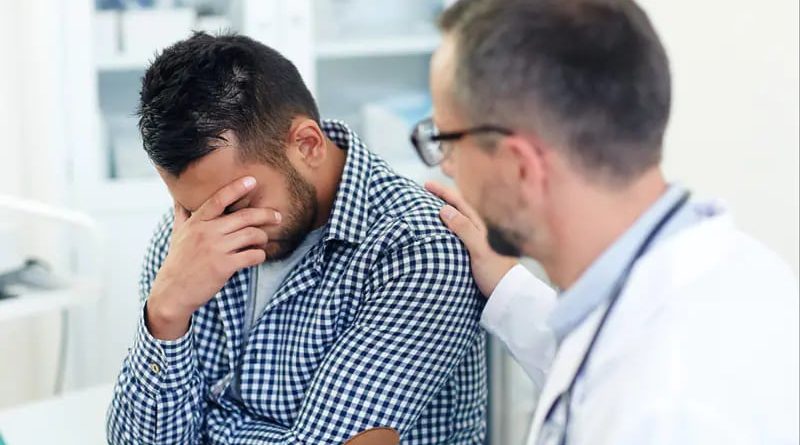 Expanding suicide risk screening in primary care to identify patients at highest risk may help boost prevention efforts and make better use of health care resources, according to a new study.

The authors cited the urgency highlighted by statistics showing that, from 1999 to 2017, the U.S. suicide rate increased by more than 33% and was particularly high among military personnel and veterans.

Primary care offices are seen as a prime target for prevention efforts as nearly one-half of people who die by suicide in the United States visit a primary care office in the months before their deaths.

A common approach to screening for suicide risk has been to use the Patient Health Questionnaire–9 (PHQ-9). The first two questions assess the frequency of depressed mood and anhedonia in the past 2 weeks. If patients screen positive on those two questions, they are given the remaining seven questions.

A single item — question 9 — asks about how often a patient has “thoughts that you would be better off dead, or of hurting yourself in some way” during the past 2 weeks.

Yet, more that 95% of patients who screen positive on the PHQ-9 suicide risk question do not attempt or die by suicide, the authors noted.

Bryan and colleagues wanted to assess whether suicide risk screening could be improved in primary care and evaluated two methods.

One was to see whether using any of the other PHQ-9 items could be better than just using item 9 alone to identify the patients who were most likely to attempt suicide in the near future. Researchers found that method was not significantly beneficial. The second was to evaluate the performance of the 16 items on the Suicide Cognitions Scale (SCS), a questionnaire that asks patients to rate the extent to which they agree or disagree with statements that are commonly endorsed by suicidal people.

Patients who were eligible for medical treatment from the Department of Defense medical system were recruited from six large and small military primary care clinics across the United States from July 2015 to August 2018.

Patients answered questions on the PHQ-9 and 16 items from the SCS during routine primary care visits. Evaluators, who were blind to screening results, assessed postbaseline suicide attempts, interrupted attempts and aborted attempts by interviewing patients.

Adding at Least One Question May Help

Researchers found that the accuracy of suicide risk screening using the PHQ-9 can be significantly improved by adding one or more questions from the SCS. Three items from SCS contributed most to meaningful improvements in identifying patients who went on to exhibit suicidal behaviors within 30-90 days of screening.

One question was item 16: “I don’t deserve to live another moment.”

Two SCS items improved specificity and positive predictive value without reducing sensitivity, the authors wrote. They are: “It is unbearable when I get this upset” (item 8) and “I can’t imagine anyone being able to withstand this kind of pain” (item 13).

Adding one of these SCS items to the PHQ-9 “could provide a simple, accessible, and low-cost method for more accurately identifying primary care patients who require more immediate clinical intervention,” the authors wrote.

Meredith Williamson, PhD, a mental health diagnosis and psychotherapy expert and clinical assistant professor at Texas A&M University, Bryan, said that, though the SCS questions are valuable, neither they nor the PHQ-9 question get to the direct question of whether the person is likely to act on their thoughts and attempt or complete suicide.

“Someone with depression may have thought of wishing they were dead or wishing they weren’t here but that doesn’t always mean they necessarily want to kill themselves,” she said in an interview. “It’s our responsibility as providers to really clarify the meaning of that item.”

Williamson noted the PHQ-9 is a very accessible method to screen for depression in primary care settings and is a way to catch large numbers of people screening positive, but its shortcomings are well known and additional information is needed.

She said that, in her practice, if a patient screens positive on PHQ-9, clinicians ask more about their intentions, how frequently they occur and whether patients have developed a plan for killing themselves.

The challenge is that “we have yet to predict who is and who is not going to kill themselves.”

Williamson said she finds the Columbia-Suicide Severity Rating Scale a valuable tool used in research settings that looks at prior attempts and current desire to engage in an attempt in more detail.

“It doesn’t stop people from killing themselves, but helps to better understand their suicidal behavior,” she explained.

This project was supported by the Office of the Assistant Secretary of Defense for Health Affairs through the Defense Medical Research and Development Program. Williamson has no relevant financial disclosures. Bryan is a paid consultant to Oui Therapeutics and Neurostat Analytical Solutions. He is a principal of Anduril, which conducts training workshops and provides mental health consultation focused on suicide prevention and PTSD.

This article originally appeared on MDedge.com, part of the Medscape Professional Network