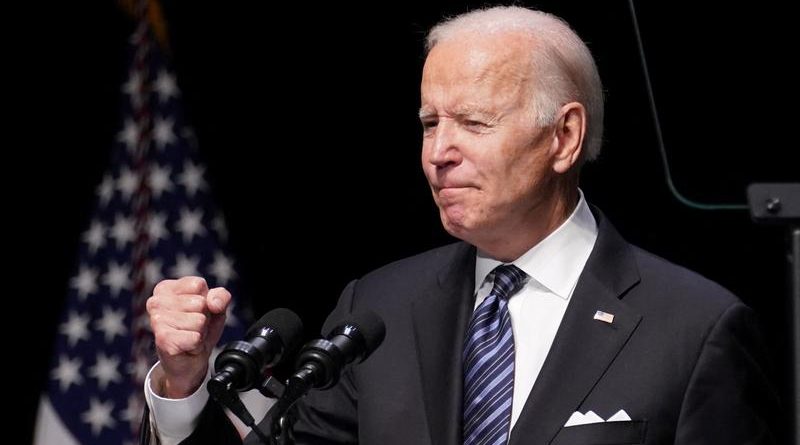 WASHINGTON (Reuters) -U.S. President Biden said on Tuesday he does not know whether a leaked Supreme Court draft decision overturning a constitutional right to abortion is genuine or final, but his administration is ready to protect abortion rights when a ruling is issued.

Reuters was not immediately able to confirm the authenticity of the draft opinion, which was posted by Politico late on Monday. The Supreme Court declined to comment.

“Roe was egregiously wrong from the start,” conservative Justice Samuel Alito wrote in the draft opinion dated Feb. 10, according to a copy Politico posted to its website.

Based on Alito’s opinion, the court would find that the Roe v. Wade decision that allowed abortions performed before a fetus would be viable outside the womb – between 24 and 28 weeks of pregnancy – was wrongly decided because the U.S. Constitution makes no specific mention of abortion rights.