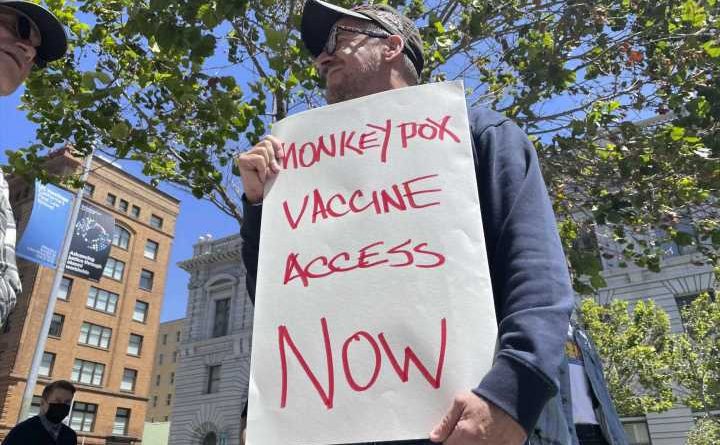 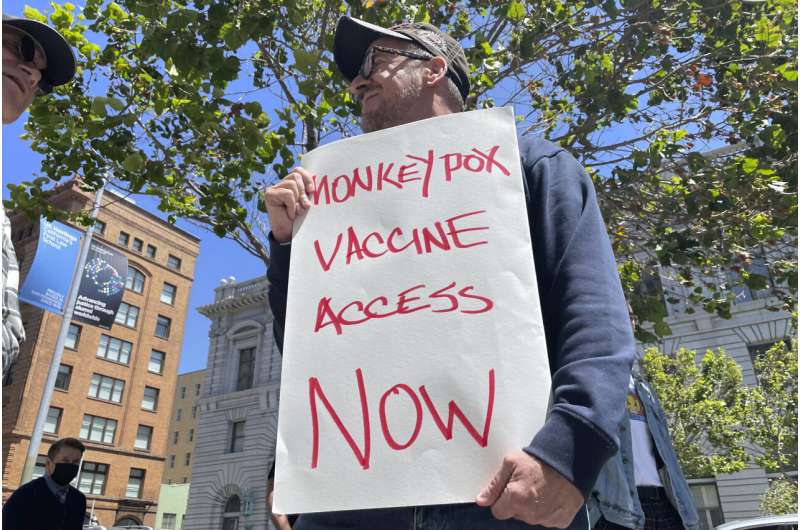 California’s governor on Monday declared a state of emergency to speed efforts to combat the monkeypox outbreak, becoming the second state in three days to take the step.

Gov. Gavin Newsom said the declaration will help California coordinate a government-wide response, seek more vaccines and lead outreach and education efforts on where people can get treatment and vaccination.

“We’ll continue to work with the federal government to secure more vaccines, raise awareness about reducing risk, and stand with the LGBTQ community fighting stigmatization,” Newsom said in a statement announcing his declaration.

Nearly 800 cases of monkeypox have been reported in California, according to state public health officials.

The monkeypox virus spreads through prolonged and close skin-to-skin contact, which can include hugging, cuddling and kissing, as well as through the sharing of bedding, towels and clothing. People getting sick so far have mainly been men who have sex with men, though health officials note that the virus can infect anyone.

“Public health officials are clear: stigma is unacceptable and counterproductive in public health response,” Michelle Gibbons, executive director of the County Health Executives Association of California said in a statement. “The fact is that monkeypox is primarily spread by skin to skin contact and sharing objects like bedding or towels, without regard to sexual orientation or gender identity.”

The type of monkeypox virus identified in this outbreak is rarely fatal, and people usually recover within weeks. But the lesions and blisters caused by the virus are painful, and they can prevent swallowing or bowel movements if in the throat or anus. 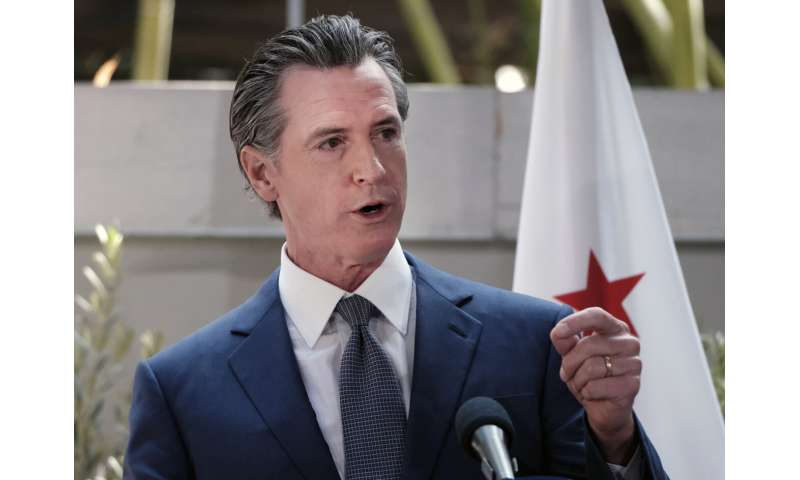 The declaration in California came after a similar one in New York state on Saturday, and in San Francisco on Thursday. Newsom’s administration had said as recently as Friday that it was too soon for such a declaration.

After pressing for Newsom to make such a declaration, Democratic state Sen. Scott Wiener of San Francisco hailed the governor’s decision.

“The monkeypox outbreak is an emergency, and we need to use every tool we have to control it,” Wiener said.

That’s similar to a recent law that allows pharmacists to administer vaccines, Newsom’s administration said. It said the state’s response is building on the steps developed during the coronavirus pandemic to set up vaccination clinics and make sure there is outreach to vulnerable populations in cooperation with local and community-based organizations.

California has received more than 61,000 vaccine doses and has distributed more than 25,000 doses.

“We don’t have any time to waste,” Los Angeles County Supervisor Kathryn Barger said in a statement. She said the nation’s most-populous county must use all available resources to speed the distribution of vaccines and help to those who have been infected. 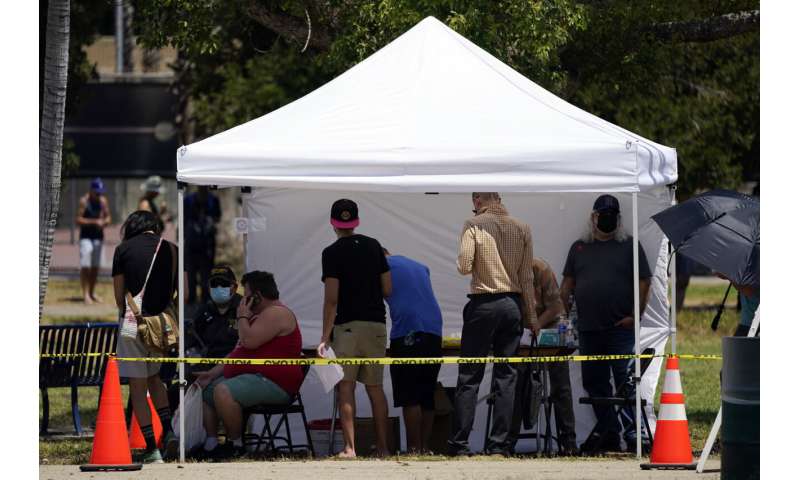 As of last week, the state had expanded its testing capacity to process more than 1,000 tests a week. Critics have said the long wait for test results delayed treatment options.

In San Francisco, Peter Tran was among hundreds who lined up sometimes for hours to receive the monkeypox vaccine at the Zuckerberg San Francisco General Hospital on Monday after the clinic was forced to close last week because it did not receive enough doses.

“It’s horrible. Like this is a vaccine that’s been out for such a long time. And like, it’s not even a deadly disease. It’s harder to be transmitted than COVID. But the rollout of the vaccines throughout this nation is absolutely horrible,” Tran said.

“I think the science shows that protection is greatly improved with the vaccine. So that’s why I’m doing it. And I honestly just don’t want the lesions on my body. I heard the lesions are painful and leave scarring. So I think that’s another motivation to go out and get it.”

Before making their own emergency declaration last week, San Francisco city officials were criticized for not responding rapidly enough to the outbreak. They, in turn, faulted the federal government for failing to deliver enough vaccines. The city received about 4,000 doses on Friday, enabling it to restart vaccinations, and hopes to administer them by mid-week, said Dr. Lukejohn Day, chief medical officer at the Zuckerberg San Francisco General Hospital.