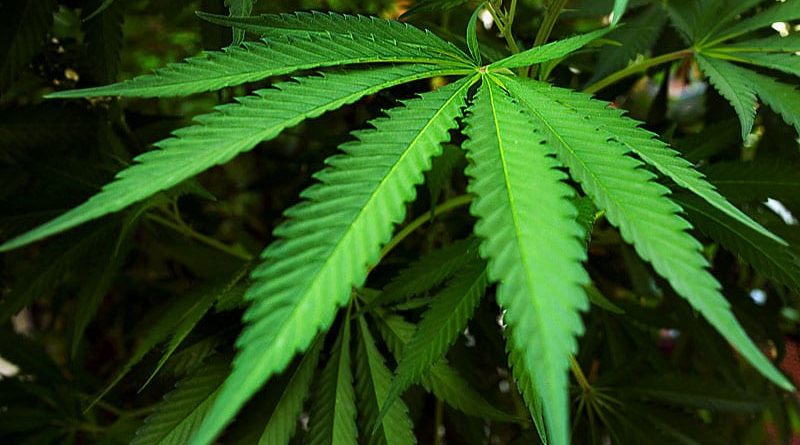 ORLANDO, Florida — Use of cannabis is common in patients with multiple sclerosis (MS), especially for the treatment of MS-related spasticity, new research suggests.

Findings from a survey conducted through a large registry in 2020 showed that 31% of patients with MS reported trying cannabis to treat their symptoms — and 20% reported regular use.

Investigators note the new data reflect the latest patterns of use amid sweeping changes in recreational and medical marijuana laws.

The survey was conducted through the longitudinal North American Research Committee on Multiple Sclerosis (NARCOMS) Registry, a voluntary, self-report registry for patients with MS.

Of 6934 registry participants invited to participate, 3249 (47%) responded. The majority of responders were women (79%) and the mean age was 61 years. About 63% were being treated with disease-modifying therapies.

Overall, 31% of respondents reported having used cannabis to treat their MS symptoms. In addition, 20% reported regular current cannabis use, with an average use of 20 days in the past month. As many as 40% of the current users reported using cannabis daily.

“In general we saw some small differences in current users, who tended to include more males; have higher spasticity, pain, and sleep symptoms; and more likely to be unemployed and younger,” Salter said.

The most common forms of cannabis administration were smoking (33%) and eating (20%). In addition, 12% reported vaporizing cannabis with a highly concentrated material, 11% administered cannabis sublingually, and 11% reported swallowing it.

Further, 8% reported vaporizing cannabis as a dried flower, 5% used it topically, and 1% reported drinking it.

Of note, the definition of “cannabis/marijuana” in the study excluded hemp cannabidiol (CBD) or products marketed as CBD only.

The most common reason for use by far was spasticity (80%). This was followed by for pain (69%) and sleep/insomnia problems (61%). Among users, 37% reported doing so to treat all three of those problems.

Regarding other symptoms, 36% used cannabis for anxiety, 24% for depression, 18% for overactive bladder, 17% for nausea or gastrointestinal problems, 16% for migraine or headaches, 14% for tremors, and 6% for other purposes.

The vast majority (95%) reported cannabis to be very or somewhat helpful for their symptoms.

Among the 69% of respondents who reported not using cannabis for their MS symptoms, the most commonly cited reasons were a lack of evidence on efficacy (40%) or safety (27%), concerns of legality (25%), lack of insurance coverage (22%), prohibitive cost (18%), and adverse side effects.

Surprisingly, the dramatic shift in the legalization of cannabis use in many states does not appear to be reflected in changes in cannabis use for MS, Salter told Medscape Medical News.

“We conducted an anonymous NARCOMS survey a couple of years prior to this survey and our results are generally consistent. There’s been a small increase in the use and an acceptance or willingness to consider cannabis, but it’s relatively consistent,” she said.

“Despite the changes in access, the landscape hasn’t really changed very much in terms of evidence of the effects on MS symptoms, so that could be why,” Salter added.

Most patients appear to feel comfortable discussing their cannabis use with their physician, with 75% reporting doing so. However, the most common primary source of medical guidance for treating MS with cannabis was “nobody/self”; for 20%, the source for medical guidance was a dispensary pro­fessional.

As many as 62% of respondents reported obtaining their cannabis products from dispensaries, while other sources included family/friend (18%) or an acquaintance (13%). About 31% reported their most preferred type of cannabis to be equal parts THC and cannabidiol, while 30% preferred high THC/low cannabidiol (30%).

Commenting on the study for Medscape Medical News, Laura T. Safar, MD, vice chair of Psychiatry at Lahey Hospital and Medical Center and assistant professor of psychiatry at Harvard Medical School, Boston, Massachusetts, said the findings generally fall in line with cannabis use among patients with MS in her practice.

“This is [consistent] with my general experience: A high percentage of my patients with MS are using cannabis with the goal of addressing their MS symptoms that way,” said Safar, who was not involved with the research.

One notable recent change in patients’ inquiries about cannabis is their apparent confidence in the information they’re getting, she noted. This is a sign of the ever-expanding sources of information — but from sources who may or may not have an understanding of effects in MS, she added.

“What seems new is a certain level of specificity in the information patients state — regardless of its accuracy. There is more technical information widely available about cannabis online and in the dispensaries,” said Safar.

“A lot of that information may not have been tested scientifically, but it is presented with an aura of truth,” she said.

While misconceptions about cannabis use in MS may not be new, “the conviction with which they are stated and believed seem stronger,” even though they have been validated by questionably expert sources, Safar noted.

She pointed out that psychiatric effects are among her patients’ notable concerns of cannabis use in MS.

“Cannabis use, especially daily use in moderate to large amounts, can have negative cognitive side effects,” she said. “In addition, it can have other psychiatric side effects: worsening of mood and anxiety, apathy, and anhedonia, a lack of pleasure or enjoyment, and a flattening of the emotional experience.”

“I educate my patients about what we know from scientific trials about the potential benefits, including possible help with pain, excluding central pain, and with spasticity,” she said. Safar added that she also discusses possible risks, such as worsening of cognition, mood, and anxiety.

On the basis of an individual’s presentation, and working in collaboration with their neurologist as appropriate, Safar said she discusses the following issues with the patient:

The study was sponsored by GW Research Ltd. Salter has conducted research for GW Pharmaceuticals companies. Safar has disclosed no relevant financial relationships.