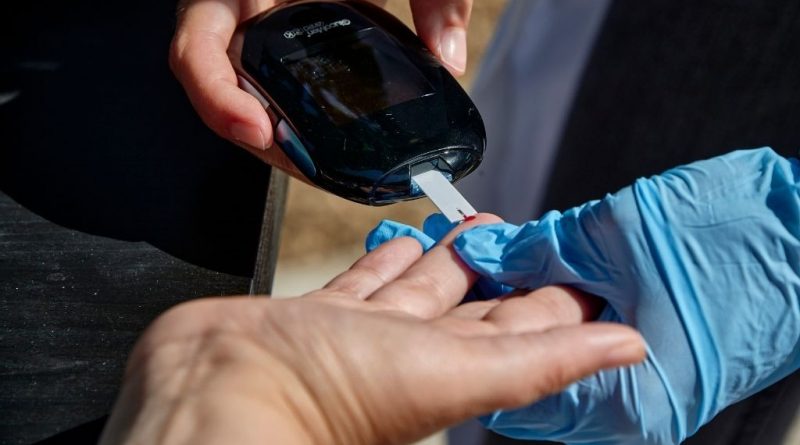 Scientists may be zeroing in on why catching COVID-19 raises people’s risk of developing diabetes, Science News reported.

Several studies have hinted that COVID-19 infections can trigger diabetes in some people, but exactly why remained a mystery, Live Science previously reported. The new diabetes cases linked to COVID-19 include both type 1 diabetes, in which the body attacks the cells in the pancreas that produce insulin, and type 2 diabetes, in which the body still produces some insulin, though often not enough, and its cells don’t respond properly to the hormone. Insulin lowers the amount of glucose, or sugar, in the blood by telling cells to absorb that sugar and use it as fuel.

Some evidence suggests that SARS-CoV-2, the virus that causes COVID-19, may infiltrate insulin-producing cells in the pancreas. That would mean the virus sends some people’s blood sugar levels skyrocketing by damaging these cells and reducing how much insulin they secrete. But more recent research suggests that, in many COVID-19 patients with ultrahigh blood sugar, these pancreatic cells are still working fine — so there must be another explanation, Science News reported.

The recent work, led by Dr. James Lo, a physician-scientist and associate professor of medicine at Weill Cornell Medicine in New York City, suggests that blood sugar spikes  may be tied to low levels of a hormone called adiponectin. Adiponectin sensitizes cells to insulin, essentially working synergistically with insulin to regulate blood sugar levels. The hormone is produced primarily by fat cells, but in patients with severe COVID-19 and high blood sugar, fat cells seem to malfunction and produce far less adiponectin than normal, Lo and his colleagues found.

The severe coronavirus infections the team studied were associated with acute respiratory distress syndrome, or ARDS, where fluid builds up in the air sacs of the lungs. The team compared this group of COVID-19 patients to other people with ARDS, who had developed the syndrome from different infections. The incidence of super high blood sugar was similar between the two groups, but only the COVID-19 patients had low adiponectin, hinting that the coronavirus somehow affected the hormone, the researchers reported in a recent study, published in 2021 in the journal Cell Metabolism.

And adiponectin wasn’t the only fat-derived hormone that went helter-skelter in these COVID-19 patients, the team found. This suggests that, in general, the function of their fat cells had been compromised.

—The deadliest viruses in history

This malfunction, in turn, may drive COVID-19 patients to become insulin resistant, because adiponectin is no longer sensitizing their cells to insulin, the team concluded.

The team’s work adds to a growing body of evidence that SARS-CoV-2 damages fat cells and alters their function and that these functional changes may contribute to the onset of diabetes in some people. That said, on its own, the work cannot prove that a dip in fat-derived hormones is triggering COVID-19-related diabetes; more work will be needed to confirm this underlying mechanism.

Read more about the research in Science News.

Nicoletta Lanese is a staff writer for Live Science covering health and medicine, along with an assortment of biology, animal, environment and climate stories. She holds degrees in neuroscience and dance from the University of Florida and a graduate certificate in science communication from the University of California, Santa Cruz. Her work has appeared in The Scientist Magazine, Science News, The San Jose Mercury News and Mongabay, among other outlets.