Home » Health News » Do YOU have a tilted uterus? The 7 symptoms of a retroverted uterus 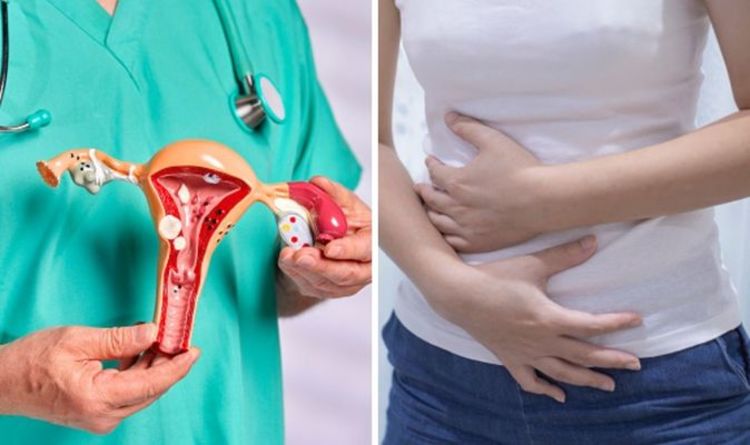 One in four people with uteruses suffer from a retroverted uterus, but most people have no idea. The condition often goes undiagnosed due to a lack of education and understanding around what it is, and what the symptoms are. Express.co.uk chatted to menstrual expert Heli Kurjanen, founder of Lunette, to find out what it means to have a tilted uterus and how to tell if you have one.

Usually, the uterus leans forward and lies over the bladder, with the top (fundus) towards the belly.

However, a quarter of people with uteruses have a retroverted uterus (or tilted uterus), which means that it leans backwards with the fundus aimed towards the rectum.

Another normal variation found in some women is the upright uterus, where the fundus is straight up.

Never heard of the condition? You might have heard of it by another name such as tipped uterus, retroflexed uterus or uterine retrodisplacement.

Generally speaking, a retroverted uterus should not cause any major problems.

The condition is often misdiagnosed or goes undiagnosed because it doesn’t normally cause abnormal symptoms or the symptoms it does cause could be misunderstood as painful periods or something else.

However, there are signs to look out for which could mean that your uterus is tilted.
The symptoms usually include the following:

You won’t know you have a retroverted uterus from these symptoms alone, but sometimes people discover they have one during a pap test.

Heli said: “If you are experiencing symptoms such as painful sex, the first action taken by your doctor may include a range of tests to find out if other conditions are causing your retroverted uterus, such as endometriosis or fibroids.

“While a retroverted uterus is usually quite unassuming, it can cause additional symptoms if you have an associated disorder such as endometriosis.

“In this case, you may experience painful sex especially when you are on top, and severe period pains.”

What causes a retroverted uterus?

A tilted uterus can occur naturally, or it could be a result of pregnancy, surgery, or a medical condition.

Heli explained that a retroverted uterus could be down to natural variation.

She said: “Generally, the uterus moves into a forward tilt during or after puberty. Sometimes, this doesn’t happen and the uterus remains tipped backwards.”

Alternatively, adhesions could be to blame for your tilted uterus.

Heli noted: “An adhesion is a band of scar tissue that joins two (usually) separate anatomic surfaces together.

“Pelvic surgery can cause adhesions to form, which can then pull the uterus into a retroverted position.”

Endometriosis, a condition that impacts one in 10, can cause a tilted uterus.

Heli said: “The endometrium is the lining of the uterus. Endometriosis is the growth of endometrial cells outside the uterus.

“These cells can cause retroversion by ‘glueing’ the uterus to other pelvic structures.”

Fibroids are another thing that can cause the painful condition.

The uterus is held in place by bands of connective tissue called ligaments and pregnancy can overstretch these ligaments and allow the uterus to tip backwards;

Heli added: “In most cases, the uterus returns to its normal forward position after childbirth, but sometimes it doesn’t.”

When left untreated, Pelvic Inflammatory Disease can cause scarring, which may have a similar effect to endometriosis and cause a retroverted uterus.

Can it be treated?

Treatment options for a retroverted uterus include exercises, a pessary or surgery.

A pessary is a small silicone plastic device that can be put inside you to prop the uterus forwards.

Surgery would involve repositioning the uterus using laparoscopic surgery, or sometimes a hysterectomy is considered.

You can also explore treatment for an underlying condition – such as hormone therapy for endometriosis.