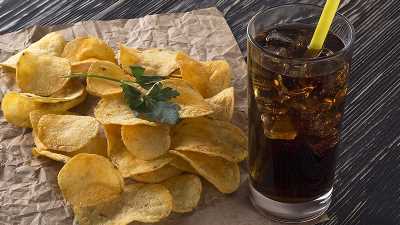 A diet high in ultraprocessed foods (UPFs) is linked to an increased risk for dementia, new research suggests.

In addition, for every 10% increase in UPF consumption, the odds of developing any kind of dementia rose by 25%.

Interestingly, replacing UPFs in the diet with unprocessed or minimally processed foods was associated with a lower risk.

“Ultra-processed foods are meant to be convenient and tasty, but they diminish the quality of a person’s diet,” lead author Huiping Li, PhD, Tianjin Medical University, China, said in a press release.

“These foods may also contain food additives or molecules from packaging or produced during heating, all of which have been shown in other studies to have negative effects on thinking and memory skills. Our research not only found that ultra-processed foods are associated with an increased risk of dementia, it found replacing them with healthy options may decrease dementia risk,” Li said.

The findings were published online July 27 in Neurology.

Previous studies have shown a link between their consumption and higher rates of cancer, cardiovascular disease, diabetes, and all-cause mortality. Li and his team wanted to test for an association with dementia.

They identified 72,083 individuals from the UK Biobank, a large database containing the health information of half a million people living in the United Kingdom. The mean age of the participants was 61.6 years, and 31,403 (43.7%) had college or university degrees. All were free of dementia at baseline.

Participants completed the Oxford WebQ, a web-based 24-hour dietary questionnaire, at baseline and at other specified times thereafter. They also provided at least two 24-hour assessments of their dietary intake.

The researchers determined how much UPF the participants ate per day and then divided them into four equal groups, from lowest consumption to highest.

Those with higher UPF consumption tended to be younger, White, never-smokers, and never-drinkers. They also had higher body mass index and higher total energy intake but had lower scores on the Townsend Deprivation Index ― an aggregate of data about a participant’s residential postal code, unemployment, car and home ownership, and household overcrowding.

In addition, they had lower levels of physical activity and education and lower healthy diet scores.

Results showed that a higher level of UPF intake was associated with a significantly higher risk for dementia.

Overall, compared with participants without dementia, those with dementia were more likely to be men and older. They had longer sleep duration, lower physical activity levels, higher family history of dementia, a history of cardiovascular disease, and lower cognitive function.

Beverages such as soft drinks and sodas constituted the main “food group” contributing to a person’s intake of UPFs. They accounted for 34% of the overall UPF intake in the current analysis.

The next most common contributor was sugary products, which accounted for 21%, followed by ultraprocessed dairy products (17%) and salty snacks (11%).

Researchers also used the UK Biobank study data to estimate what would happen if a person substituted 10% of UPFs they habitually consumed on a daily basis with unprocessed or minimally processed foods, such as fresh fruit, vegetables, legumes, milk, and meat.

“It’s encouraging to know that small and manageable changes in diet may make a difference in a person’s risk of dementia,” he added.

Walker reiterated her views in an interview with Medscape Medical News.

“While there is growing research interest in food processing and health, there are also challenges in assessing the level of food processing,” she said.

“The typical tools we use to assess diet in populations were not designed with food processing in mind, so the information available to try and categorize foods by processing level can be limited,” she added.

For example, Walker noted that the current investigators had data on yogurt consumption but could not distinguish plain yogurt from yogurt with added sweeteners, “which would have different classifications in terms of processing.

“As nutrition research evolves to focus on the complexities of dietary intake, we must also consider that more high-quality dietary assessments may be required,” she said.

The study was funded by the National Natural Science Foundation of China. Li and Walker report no relevant financial relationships.