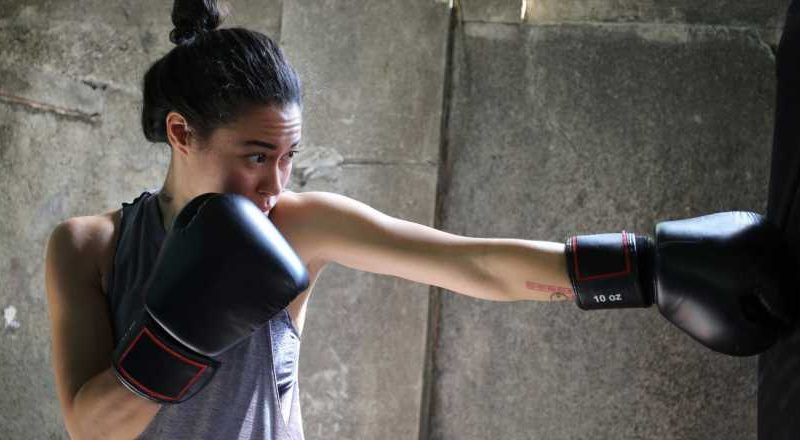 When my friend Sarah* was recently dumped by text, she took up running. Furious at how she had been treated, she needed an outlet that wasn’t drunk texting the same guy who broke her heart. So she took her frustration out on the pavement beneath her feet.

It worked. “I just had to channel all that anger and upset somewhere. In turn, running left me feeling much better. I also felt so numb that I didn’t feel the usual pain that comes with getting back into running. I sound so melodramatic but, honestly, it helped me cope AND get fitter,” she told me.

In fact, Sarah isn’t being dramatic at all. Exercise really can help you deal with negative emotions, particularly anger.

Dealing with these feelings is perhaps more important than ever. According to research by King’s College London, over half the population say they’ve felt angry with other people because of the way they’ve acted during the pandemic (no, it’s not just you getting annoyed with mask avoiders). And that’s not even taking into account frustration at how the government has handled the situation.

The fact that there is a positive outlet for this anger is great news that is scientifically backed. In a study of 3,403 participants by Stockholm University, people who exercised at least two to three times a week were found to experience significantly less depression, anger, cynical distrust and stress. As well as having long term effects on our emotions, exercise can immediately impact our anger too: a 2016 study by the German Sport University in Cologne found a significant reduction of aggressive feelings after both rowing and combat exercise.

The actual reason we are able to release so much pent-up aggression is not so simple though. “The short answer is that despite the research, we still don’t know. The closest we’ve got is a model called the biopsychosocial model to help explain the relationship between exercise, wellness and illness,” says psychologist Dr Charlotte Hilton. “What that means is it is usually a combination of biological, psychological and social or environmental factors that mean we can experience exercise as therapeutic.”

The main biological theory is the endorphin hypothesis, suggesting that during physical activity we release happy neurotransmitters that make us feel good. The psychological, social and environmental factors are more to do with the feelings of accomplishment and mastery we get when we exercise, particularly if we meet or beat goals during training, as well as an increased sense of confidence and control over our bodies, ourselves and our lives.

Of course, there is the theory that by doing high-impact exercise, we are channelling anger in a physical way. It’s why you might feel like boxing, jumping or throwing activities are the most beneficial when feeling angry. I know that I often feel better after thrashing out reps with a slam ball in my gym or whacking battle ropes hard against the ground. But the science on that is also not so clear. In one study by Iowa State University, people who walloped a punching bag while thinking about the person who had provoked their rage were more angry and aggressive than people who used exercise as a distraction for their anger by thinking about the benefits of getting fit.

“How I went from totally unsporty to kickboxing black belt”

“While people might think that hitting the punch bag or going to a boxercise class is going to really help process that anger, actually there’s an increasing amount of evidence that now suggests mindfulness, gratitude and being more closely connected with nature really helps us balance our negative emotions,” says Dr Hilton. “The reality is that it’s about whatever you can do, or whatever feels good for you at that time.”

The same 2016 German study confirms that it is “not the ‘what’ but the ‘how’ of exercise [that] should receive greater attention. In other words, sport and exercise are able to reduce aggression, particularly in cases where participants experience movements or tasks as satisfying and enjoyable. It can be assumed that physical activities, especially those that satisfy basic psychological needs and, therefore, make people feel good, are able to reduce and/or compensate for feelings of aggression and frustration.”

There’s an increasing amount of evidence that now suggests mindfulness and gratitude helps us balance our negative emotions.

However, let’s remember that minimising emotions through exercise is not a replacement for understanding and dealing with the underlying issues. “If you’re someone that consistently experiences negative emotion like anger, sadness, guilt, fear, regret or loss then that’s usually an indication that there’s something causing that. While exercise can help us to manage the effect of that, it doesn’t resolve the cause of the negative emotions. Something a bit more is needed, such as being able to speak to somebody in a safe and confident way using talking therapy,” says Dr Hilton.

The next time you feel pent-up rage at people on social media for flouting coronavirus rules, or the person you are seeing incites pure anger at the way they’re treating you then, by all means, try channelling it through your favourite form of training. But if you are feeling continuously negative, make sure you take further steps to deal with your feelings.

Follow @StrongWomenUK on Instagram for the latest workouts, delicious recipes and motivation from your favourite fitness experts.