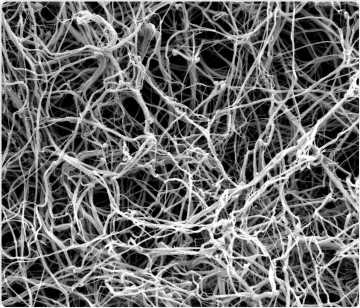 Researchers from the University of Leeds have found that the y cross-chain structure of fibrin proteins is essential to stabilizing blood clots that can lead to harmful embolism formation. 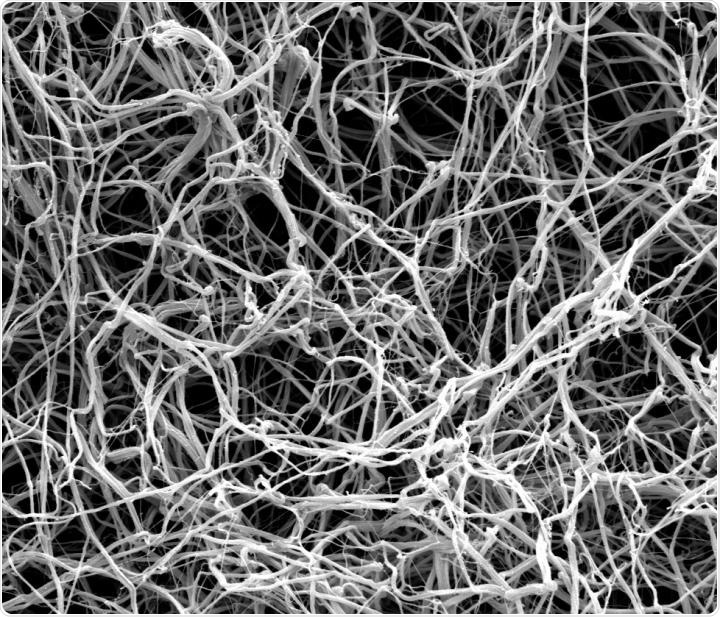 New evidence for the role of fibrin proteins in thromboembolic disease

Pulmonary embolism is a condition caused by a blood clot in the lungs that cuts blood flow to major blood vessels. The primary function of blood clots is to stem blood loss from ruptured blood vessels, but clots can form without injuries, which causes blood coagulation and circulation issues termed thrombosis.

Blockages can also be caused by destabilized clot fragments that have broken off from a blood clot in another place within the body. The fragments of the blood clot then move through the bloodstream to the lungs, where it can lead to acute and chronic damage recognized to lead to the death of over 2,000 people every year in the United Kingdom.

However, little is known of the molecular dynamics involved in the destabilization of blood clots and the structural requirements to prevent their formation.

New research funded by the British Heart Foundation now reveals that blood clots are stabilized by the structure of the fibrin protein. The study published in the scientific journal PNAS by researchers from the University of Leeds and University of Sheffield report on the role played by fibrin in stabilizing blood clots to prevent clot fragments from breaking loose.

Fibrin is a non-globular protein that can polymerize with platelets to form hemostatic plugs over wound sites in cross-linked meshes. This is a vital process for wound healing as this fibrous protein can help injuries recover thanks to its elastic and fast-acting functions.

In the present study, the team used in vitro experiments comparing mice bred with deficiencies in fibrin stabilizing compounds with non-deficient mice to determine the functional role of fibrin. Specifically, they examined the behavior of a key chemical building block of fibrin, known as γ-chain cross-links (gamma chain cross-links), and how it affected clot formation.

The experimental outcomes showed that mice that could not produce these gamma chain cross links showed blood clots that were more unstable thus more likely to fragment and produce more embolisms.

What we believe is happening is that without the γ-chain cross-links, the fibrin is not strong enough to hold the clot in place against the forces generated in the body from muscle movement and from blood flow."

From these findings, the researchers were, therefore, able to demonstrate that the gamma chain structure is pivotal to the stabilization of fibrin proteins by enhancing their resistance. Specifically, these chains prevent ruptures and clot fragmentation that can lead to pulmonary embolism.

Utilizing and targeting the y cross-chain structure for clinical treatment

The formation of embolisms in the lung is a major cause of death and disability around the world. As such, the examination of molecular structures is central to understanding the mechanistic process behind embolism formation as well as determining how to prevent and treat it successfully.

Professor Robert Ariëns, also from the School of Medicine at Leeds, who supervised the research, describes: "The findings reveal the importance of the γ-chain cross-links. These are the structural supports in the fibrin that keep the clot in place”, adding that, "By identifying the structural dynamics of this mechanism, we have identified new targets for drugs that could be developed to stop fragments of a thrombosis breaking away to cause an embolism in the lungs."

The potential for clinical treatments to promote or support fibrin expression could lead to fewer clot fragments, but alternative treatments could prevent the transport of clot fragments or the formation of clots in the lungs themselves.

Nonetheless, knowledge of clot fragmentation, genetic predisposition to fragmentation, or mechanisms of fragment dissolution remain unknown. Understanding such concepts could lead to more effective treatments, yet the findings of this study provide initial support to expanding research to other areas despite its limited understanding.

I have always thought that the remarkable elasticity of fibrin, which has been described as like rubber or spider silk would be important to prevent clot fragmentation and thus thromboembolic disease. I was astounded to see the level of differences in pulmonary embolism that resulted from a genetic mutation that resulted in reduced elastic recovery of the fibres. So, when I saw the results, it definitely was a "wow moment" and I also had the "I told you so" feeling.”

Further extending the current findings in future studies could examine the genetic processes to develop successful clinical treatments that could prevent and eliminate pulmonary embolisms or support the structural integrity of fibrin.

James completed his bachelor in Science studying Zoology at the University of Manchester, with his undergraduate work culminating in the study of the physiological impacts of ocean warming and hypoxia on catsharks. He then pursued a Masters in Research (MRes) in Marine Biology at the University of Plymouth focusing on the urbanization of coastlines and its consequences for biodiversity.