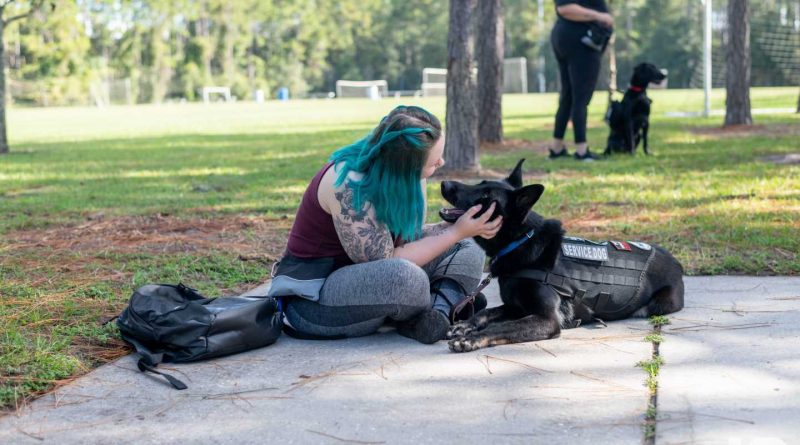 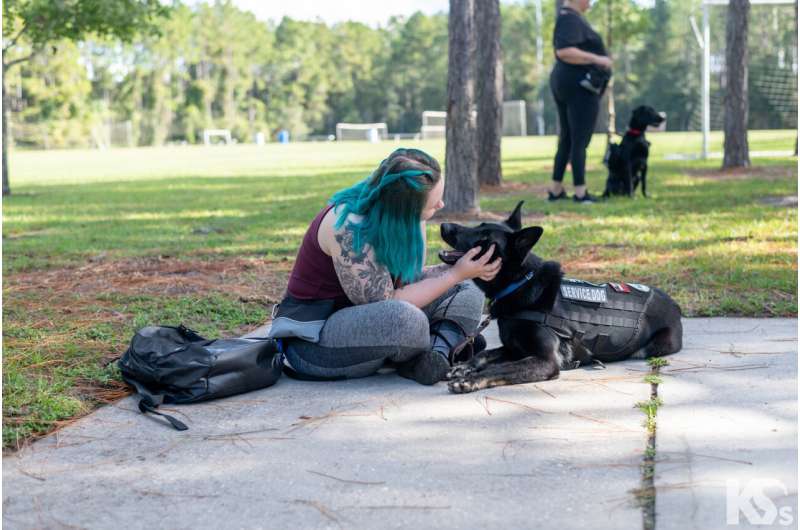 A new analysis dives into the use of service dogs by U.S. veterans who have posttraumatic stress disorder (PTSD), illuminating factors and mechanisms that may underlie the mental health effects of these relationships. Clare Jensen of Purdue University and colleagues present these findings in the open-access journal PLOS ONE on July 27, 2022.

Previous research suggests that pairing a veteran with a service dog is associated with lower severity of PTSD. However, the mechanisms underlying these potential benefits are unclear.

To improve understanding, Jensen and colleagues studied 82 military members or veterans and their service dogs, which had all been trained to alleviate PTSD symptoms. Shortly before the veterans and dogs were paired, and again after a three-month period together, the veterans completed a number of different surveys and allowed the researchers to make additional observations to capture a detailed view of veteran-dog interactions.

The researchers first analyzed results of surveys and records related to personal characteristics of the service dogs and veterans, and the closeness of their bond. They found that most of the dog characteristics evaluated were not associated with better or worse veteran mental health outcomes, except for lower dog excitability, which was linked to lower severity of PTSD symptoms and to a closer veteran-dog relationship.

Next, the researchers probed potential mechanisms underlying alleviation of mental health symptoms by analyzing the results of surveys and observations that captured dog behavior, training methods, and the use of specific trained tasks.

Better mental health was associated with a number of factors, including perception of the dog’s care as being easy and a closer veteran-dog relationship. The analysis also found a link between worse depression and more frequently asking service dogs to initiate the social greeting. Veterans who more frequently asked their dogs to alert them to a human approaching from behind were more likely to have greater anxiety but less severity of PTSD symptoms.

Further research will be needed to expand on these findings, potentially leading to better understanding of how to identify veterans who could benefit from service dogs and how to best select and train dogs.