Home » Health News » How to get rid of visceral fat: The popular warm drink that burns belly fat within hours 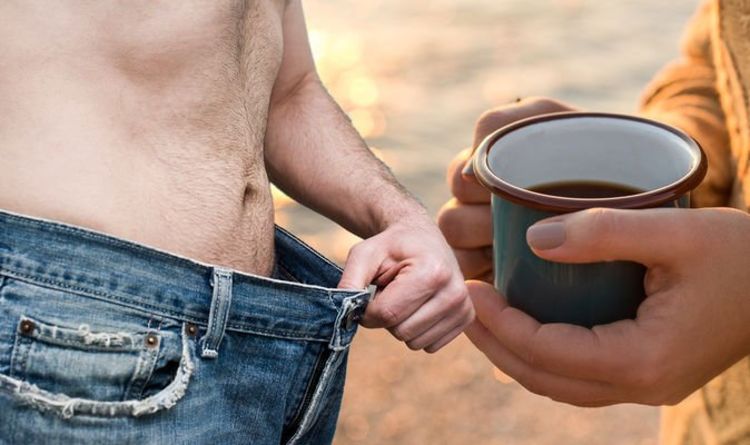 Visceral fat lurks within the abdominal cavity, which houses a number of important internal organs such as the liver, pancreas and intestines. Along with diabetes and high blood pressure, visceral fat build-up is a risk factor for heart disease. Fortunately, dietary interventions can burn the belly fat.

According to Holland and Barrett, ingesting caffeine can help to burn the belly fat fast.

The health body cites a study published in The American Journal of Clinical Nutrition that investigated caffeine and its effects on the metabolic rates of people with a normal weight and obese people.

Metabolism is the process by which your body converts what you eat and drink into energy.

Giving your metabolism a boost can help you to burn calories and lose weight, explains the NHS.

For the study, normal weight participants were given coffee with a caffeine content of 8mg per kg of the person’s body weight and their metabolic rate “increased significantly” during the three hours after caffeine ingestion, the researchers observed.

Furthermore, fat burning also increased significantly in the last hour, compared to a control group who received a placebo.

The researchers concluded that coffee increases the metabolic rate of both normal-weight and obese individuals, accompanied by greater fat burning in normal weight subjects.

Other studies have echoed this finding.

One study evaluated the effect of the continuous consumption of coffee on body fat, particularly abdominal visceral fat.

The study was conducted on Japanese adults with a high visceral fat area.

During 12 weeks, the subjects ingested either coffee or a placebo beverage daily.

A total of 125 participants were allocated to either of the two beverage groups.

After 12 weeks of beverage consumption, changes in visceral fat area, waist circumference were greater in the coffee group than in the placebo group.

“If you want to reduce your belly fat, you’ll need to burn more calories (energy) than you consume, and eat the right kinds of food,” explains Bupa.

The health body says the following can help to achieve this goal:

According to Bupa, protein can be a helpful way to lose weight because it makes you feel fuller than carbs and fat do.

“So if you include a lean source of protein, such as skinless white chicken, in your meals you may find that you’re not as hungry, and so eat less,” advises the health body.

It says to include protein with each meal.