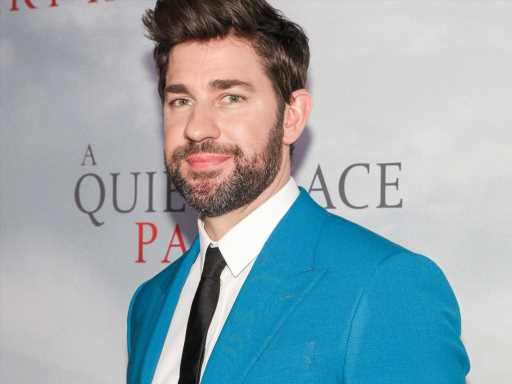 John Krasinski has been busy since his days on The Office, both on and off screen. That includes his IRL marriage to wife Emily Blunt, the birth of their daughters — 8-year-old Hazel and 6-year-old Violet — and his growing list of acting credits. While many of his starring roles are rated too maturely for children, Krasinski recently revealed his daughters finally watched one of his films … and their reaction was priceless.

On his recent The Tonight Show Starring Jimmy Fallon appearance, Fallon asked whether or not Hazel or Violet have watched the new animated movie DC League of Super-Pets, in which Krasinski lends his voice to the character of Superman. The actor confirmed that they have. “They loved it,” Krasinski said. “They were laughing very, very hard.”

The dad of two jokingly came to the realization that before seeing him in this recent animated role, his kids might not have actually believed he really is an actor. The reason? They’ve never seen any of his films. “I think up until now they didn’t believe I actually was in the business,” Krasinski said. “‘Cause they’ve never seen anything I’ve done. So it’s like, ‘Quiet Place’? Not yet. Things like ‘Jack Ryan’? Nope.”

Fallon agreed that DC League of Super-Pets was a great introduction to their famous dad’s work. “And this is the perfect movie to take them to see,” he told Krasinski, before showing an audience a clip from the adorable, family-friendly film.

It’s so sweet to hear how Krasinski and Blunt’s daughters are responding to their work as actors — especially since they’ve been considered Hollywood’s funniest couple.

These celebrity fathers are all proud to be “girl dads.”