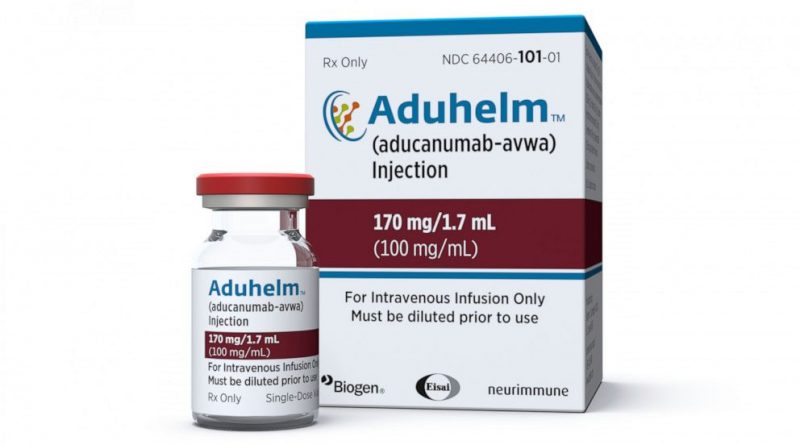 WASHINGTON — Medicare on Monday launched a formal process to decide whether to cover Aduhelm, the new Alzheimer’s drug whose $56,000-a-year price tag and unproven benefits have prompted widespread criticism and a congressional investigation.

A final decision isn’t likely until next spring, said the Centers for Medicare and Medicaid Services, or CMS, although an initial ruling could come in six months. Currently Medicare is making case-by-case determinations on whether to cover the medication, which is administered intravenously in a doctor’s office.

Medicare’s announcement came on the same day that Democratic leaders of two House committees asked drugmaker Biogen to turn over reams of documents on how it developed and priced the drug, and on its dealings with government officials at the Food and Drug Administration.

Although pricey drugs are now fairly commonplace, the recent approval of Aduhelm prompted an unusually intense backlash. The FDA went against the recommendation of its outside advisers in granting the approval, and the beleaguered agency has since curtailed the recommended use of the drug and requested an investigation by an independent watchdog into its dealings with Biogen. Meanwhile, Democrats in Congress are moving legislation authorizing Medicare to negotiate drug prices.

CMS Administrator Chiquita Brooks-LaSure signaled that neither politics nor cost will be part of Medicare’s evaluation.

“We want to consider Medicare coverage of new treatments very carefully in light of the evidence available,” Brooks-LaSure said in a statement that acknowledged the toll of Alzheimer’s disease on patients and their families. “Our process will include opportunities to hear from many stakeholders, including patient advocacy groups, medical experts, states, issuers, industry professionals, and family members and caregivers of those living with this disease.”

A 30-day public comment period began Monday, followed by two hearings to solicit a range of views. The agency’s decision will hinge on whether the evidence for Aduhelm meets a legal requirement that covered services, medical devices and medications be “reasonable and necessary for the diagnosis or treatment of illness or injury.”

Lawmakers, meanwhile, intensified their scrutiny of the drug’s approval.

Two committees in the House asked Biogen to hand over documentation on a number of issues surrounding the development of Aduhelm, including unusual contacts between company executives and FDA regulators.

Biogen and the FDA reanalyzed Aduhelm’s data together after the company’s studies suggested the drug was ineffective at slowing mental decline. The collaboration ultimately led to the FDA granting conditional approval for the drug, against the advice of its outside experts.

In particular, the lawmakers ask Biogen to turn over details about a company initiative dubbed “Project Onyx, to persuade FDA to approve Aduhelm.”

Last week, the FDA asked the government’s independent watchdog to investigate unusual interactions between some FDA staffers and Biogen. That included reports of at least one “off the books” discussion between a Biogen executive and the FDA’s top Alzheimer’s drug reviewer.

Meetings between drug industry representatives and the FDA are normally carefully scheduled and documented. The FDA’s acting commissioner, Dr. Janet Woodock, asked the inspector general for the Department of Health and Human Services to probe whether the agency’s dealings with Biogen violated any government rules.

Another large part of the lawmakers’ request involves documents detailing how Biogen arrived at the drug’s price, pegged at roughly $56,000 for the typical patient. The drug requires monthly IVs and the dosage is based on a patient’s weight.

The committee chairs noted that a nonprofit think tank focused on drug pricing pegged the drug’s actual value at between $3,000 and $8,400 per year, based on its unproven benefits.

“While the company has claimed this price is ‘fair’ and ‘substantiated by the value it is expected to bring,’ an independent analysis determined that a fair price for Aduhelm would be a small fraction of Biogen’s price,” said committee chairs Rep. Carolyn Maloney and Rep. Frank Pallone.

The letter instructs Biogen to turn over the information by July 26.