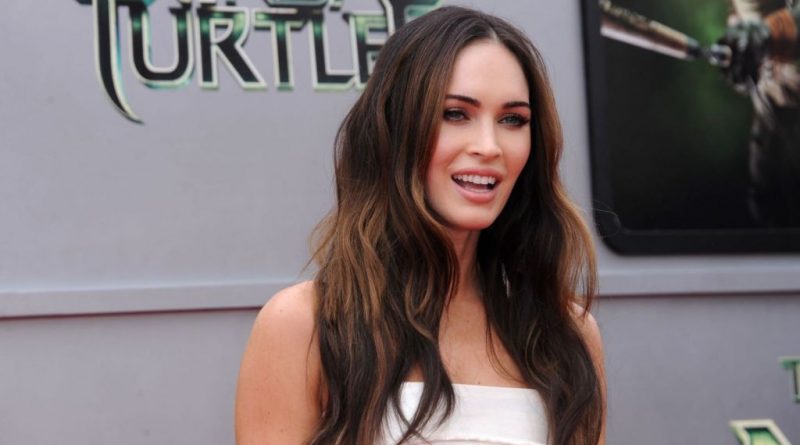 Fierce and admittedly misunderstood, actress and mom of three kids, Megan Fox is opening up about her work in Hollywood, her life, and becoming decidedly more outspoken lately. She is also known for representing and supporting the LGBTQIA community. If you missed it, she posted a photo of herself rocking a rainbow manicure to Instagram with the caption: “Putting the B in #LGBTQIA for over two decades.” So recently when she spoke to InStyle about parenting the three boys she shares with ex-husband Brian Austin Green, and mentioned how she protects her eldest, Noah Shannon, 8, from bullies it not only made sense but it also shows the kind of mom she is.

Megan Fox's Kids Make a Rare Appearance During a 'Today Show' Interview — And They Are Adorable!

When it comes to her “babies,” she does not stand for any disrespect. At all. Noah has been subject to “mean, awful people and cruel people,” online, she tells InStyle. “I don’t want him to ever have to read that shit because he hears it from little kids at his own school who are like, ‘Boys don’t wear dresses,’” she says the mom — whose other two sons are Bodhi, 7, and Journey, 4.

When as about making public appearances, Fox says: “There’s so much judgment.” She says people will ask her, “Where are your kids?” when she’s out on a red carpet or even on the back of her boyfriend Machine Gun Kelly‘s motorcycle.

“Do you ask their dad when he’s out?” she asks during the InStyle interview. The mom-shaming is real, and Fox addresses them, replying to her own question: “No, because you don’t expect a dad to be with the kids all the time, but I’m supposed to not be seen and be at home with my kids. They have another parent. I have to leave and sometimes I don’t want them photographed and they don’t come with me. This whole year I’ve been very surprised by how archaic some of the mindsets still are in some people.”

After years of being considered mysterious and misunderstood, it’s refreshing to see and hear Fox speaking up for herself and telling us who she is, setting the record straight for a whole new audience of fans and followers.

Before you go, click here to see celebrity exes who will always be friends.