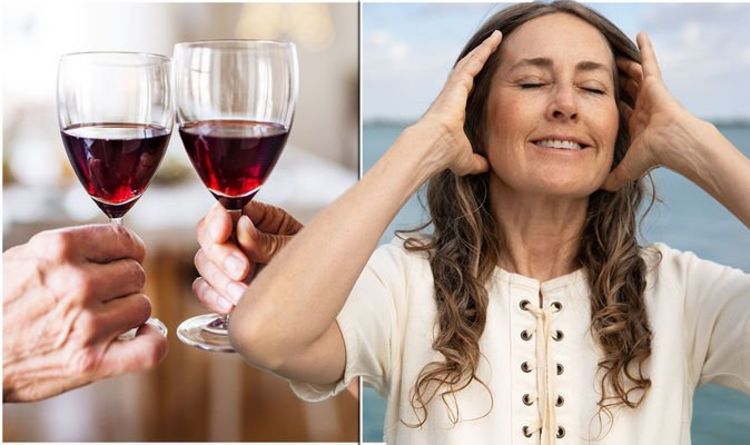 GP talks about the impact of the menopause on weight gain

Menopause is when a woman stops having periods and is no longer able to get pregnant naturally. This is a natural traditional time in a woman’s life that usually occurs as oestrogen levels decline; most often between 45 and 55 years of age.

However, as menopause takes place, most women will experience some level of symptoms.

In some cases, they may feel minor, but others are more severe and according to the NHS can “have a significant impact on your everyday activities”.

Express.co.uk spoke to Dr Verity Biggs NHS and Private GP specialising in Women’s Health at H3 Health about some ways women can ease the symptoms of menopause.

While your GP may be able to offer medical ways to ease side effects, Dr Biggs also explained that there are some diet and lifestyle changes women can make.

How can women ease the symptoms of menopause?

Though your GP may be able to help with medical intervention, Dr Biggs said a key way to target symptoms is by making some diet and lifestyle tweaks.

She told Express.co.uk: “It is important that we look after ourselves, so looking at lifestyle factors, eating a good, well-balanced diet.”

However, this does mean cutting down on or eliminating certain foods and beverages.

One of the main beverages that could wreak havoc during menopause is alcohol.

Dr Biggs advised “reducing the alcohol you drink” if you are experiencing uncomfortable symptoms.

According to MenopauseTreatment.co.uk: “Alcohol is a toxin and while it remains within our bodies it can cause plenty of damage.

“Specifically, in menopausal women, although the evidence is not conclusive, it can exacerbate symptoms, such as hot flushes, mood swings and insomnia.”

A 2015 study found that drinking alcohol during menopause can lead to disturbed sleeping patterns.

Another study, conducted in 2005, found that women who drank alcohol daily were more likely to report hot flushes and night sweats.

Contrastingly, however, another 2005 study and a follow-up in 2007 concluded that alcohol could bring relief from hot flushes if drank once a month.

In any instance, the NHS advised people to drink alcohol in moderation, if they choose to do so.

Men and women are advised not to drink more than 14 units a week on a regular basis.

This should be spread over three or more days for those who regularly consume alcohol.

What are the common signs and symptoms of menopause?

Dr Biggs told Express.co.uk: “Most people think about hot flushes and night sweats as the common signs of menopause, but often the early symptoms can go missed or blamed or other things.

“In perimenopause, this is the time before your period stops and can begin a few years before they stop, the symptoms you can expect to have could be increased anxiety, palpitations, insomnia, muscles aches and pains, fatigue, irritability, periods becoming heavier or the opposite lighter and less frequent.

“We also might have dry hair, skin and nails, tingling sensations, low libido and urinary symptoms.

“The symptoms of menopause are the same, but menopause is defined as your periods having stopped for 12 months or more.”

There are also some less common symptoms, among which Dr Biggs highlighted “tinnitus symptoms, skin tingling, crawling feeling over the skin, brain fog, fatigue and aches and pains”.