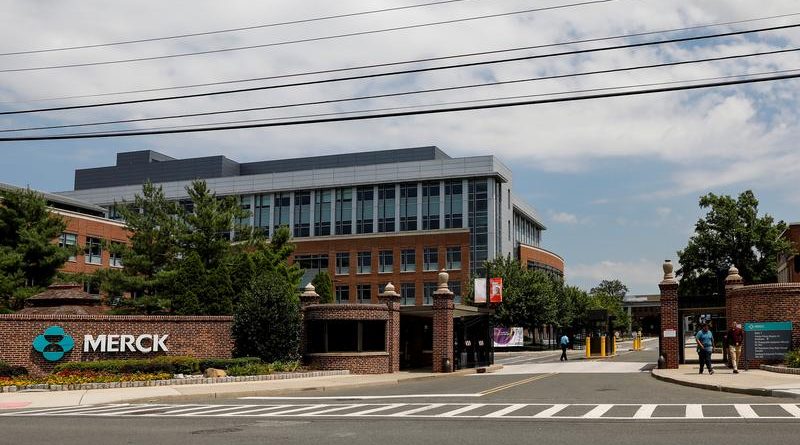 (Reuters) -Merck & Co is buying Acceleron Pharma Inc for about $11.5 billion, broadening its portfolio beyond aging cancer drug Keytruda with potential treatments that could bring in fresh revenue.

FILE PHOTO: The Merck logo is seen at a gate to the Merck & Co campus in Rahway, New Jersey, U.S., July 12, 2018. REUTERS/Brendan McDermid

The deal gives Merck access to Acceleron’s rare disease drug candidate, sotatercept, which the company expects to be a multi-billion dollar peak sales opportunity, and comes as Keytruda moves toward the loss of market exclusivity in 2028.

The lung cancer treatment accounted for 36.7%, or $4.18 billion, of Merck’s total sales in the second quarter.

Sotatercept is currently in a late-stage study, testing it as a treatment for a rare cardiovascular disease called pulmonary arterial hypertension (PAH), a type of high blood pressure that affects blood vessels in the lungs. Merck sees PAH as a roughly $7.5 billion market by 2026.

The drugmaker will pay $180 per Acceleron share in cash, representing a premium of about 2.6% to the stock’s closing price on Wednesday, according to Refinitiv data.

Although the Acceleron deal will not fully remove the overhang of generic competition for Keytruda, it does help diversify sales, which addresses a large shareholder concern, Cantor Fitzgerald analyst Louise Chen wrote in a client note.

The transaction is expected to close in the fourth quarter.