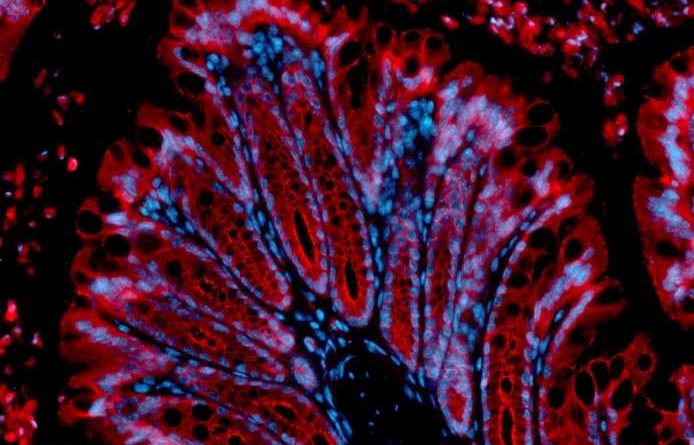 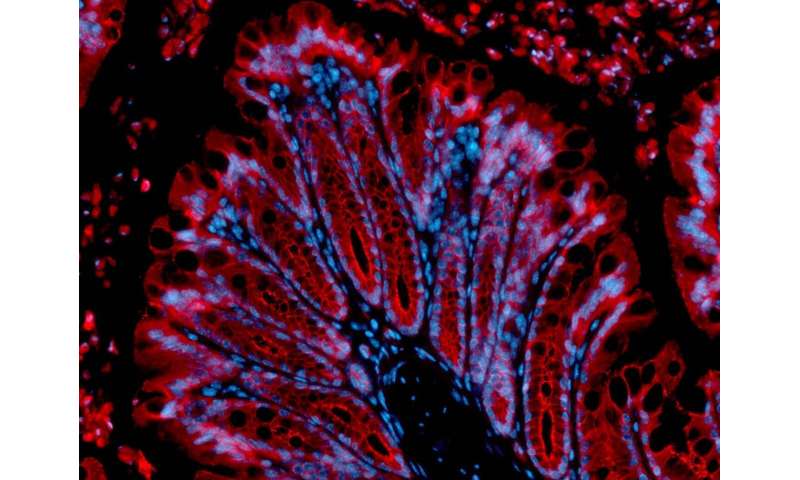 A new study by researchers in the Quadram Institute has provided insights into how interactions between gut microbes and cells of the immune system contribute to cholestatic liver disease.

As well as absorbing food, the gut must also keep out anything that might harm us. Even beneficial microbes that make up the microbiome can be harmful if they get into the bloodstream. This is why a breakdown in the integrity of the gut lining is linked to many conditions, beyond the health of the gut itself.

The liver is directly connected to the gut, and the gut-liver axis is an exciting area for research, particularly as we understand more about how the gut microbiome influences health. Previously, researchers found that the composition of the microbiome was different, and less diverse, in people with cholestasis.

Cholestasis is a common secondary feature of chronic liver disease and happens when the flow of bile from the liver to the small intestine is impaired, and bile acid build-up destroys liver cells, resulting in the loss of organ function. Some patients with cholestasis have also shown signs of leaky gut, or inflammatory bowel disease. These associations give clues to how cholestasis develops, but to better understand the mechanisms Dr. Naiara Beraza and colleagues in the Quadram Institute have used experimental mouse models to unpick the communication between microbes and cells in the gut and liver that lead up to the progression of cholestatic disease.

Their study, published in the journal Hepatology, found that germ-free mice, without a microbiome, were protected from liver damage by cholestasis. By testing isolated liver cells, they also showed that compounds produced by bacteria called endotoxins sensitised the liver cells to make them more likely to die when exposed to bile acids. This supports the idea that it is these bacterial compounds inappropriately reaching the liver due to leaky gut that contribute to cholestasis causing liver damage.

The researchers also investigated the association between cholestasis and leakiness of the gut. They found that cholestasis increases the permeability of the gut of germ-free mice, and that this was exacerbated in mice with a microbiome. This permeability is associated with inflammation, which is the body’s emergency response when it detects potentially harmful organisms or compounds.

Inflammation is tightly controlled and regulated by an array of signalling pathways and molecules. Central to this response is a complex structure of proteins called the inflammasome, which is found inside macrophage cells of the immune system. When activated, sensor proteins on the inflammasome trigger an inflammatory response from the immune system mediated bymacrophage cells.

The researchers found that in the mice given a microbiome, macrophages were activated via the inflammasome. If macrophages were depleted there was a reduction in liver damage during cholestasis. This also helped maintain the integrity of the gut lining. Importantly, the reduction in liver damage was also observed when the inflammasome itself was inhibited, supporting its mechanistic role in mediating the detrimental effects of macrophages.

They also found that the composition of the microbiome changed in response to the modulation of macrophages activation, supporting their crosstalk in regulating gut permeability.

Although these results were from experiments in mice, they use well established models and point to new mechanisms linking health in the gut and liver disease during cholestasis. These mechanisms link the inflammatory response mediated via macrophages, which increases gut permeability and this leads to bacterial toxins escaping and, in synergy with bile acids, damaging liver tissue during cholestasis.