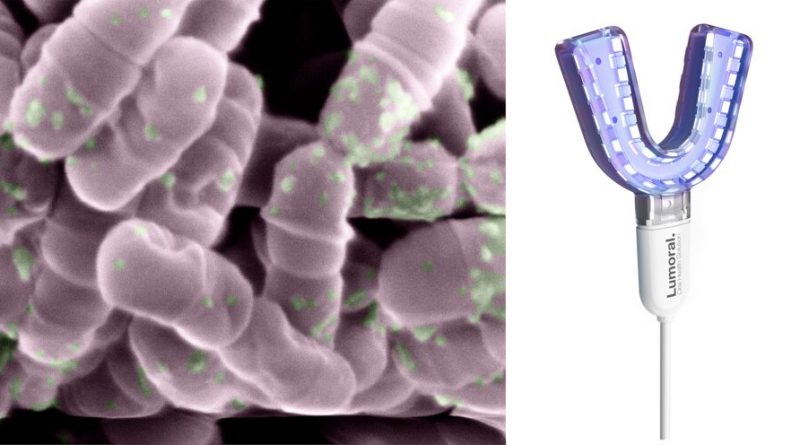 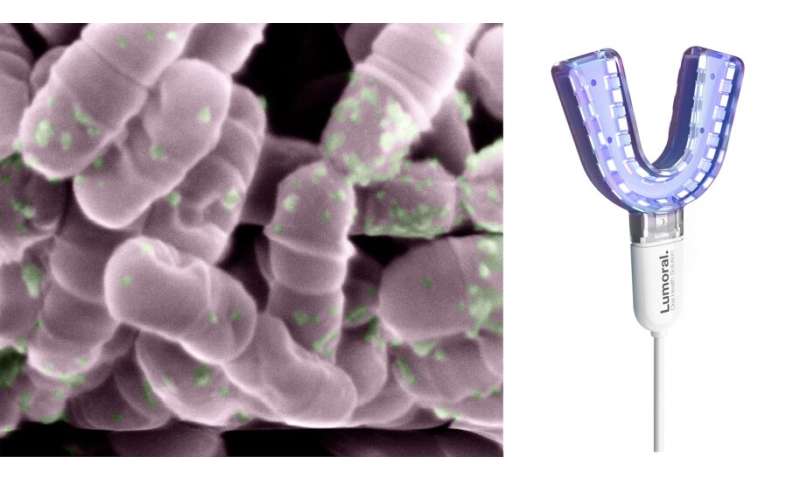 Nearly every person in the world gets cavities in their teeth at some point in their lives, and about 70% of the world’s population experience varying degrees of gingivitis. According to the Health 2000 population survey, more than half of Finns aged 30 or over suffer from gum disease. Undetected oral and chronic infections can contribute to the occurrence of many serious diseases, including cardiovascular diseases, diabetes and lung cancer, and can increase the risk of premature delivery among expectant mothers.

Regularly brushing teeth is the best way to prevent dental disease—but it’s not always enough. Microscopic plaque is often left behind after brushing the teeth.

Koite Health, which was founded by researchers from Aalto University and Helsinki University Hospital (HUS), is launching a method intended for home use that kills the streptococcus mutans bacteria and the bacteria that cause gingivitis. The treatment has been scientifically proven to reduce the markers indicating early gingivitis and plaque formation.

“Dental diseases are caused by the combined effect of the bacterial community, and streptococcus mutans plays a key role in dental caries. For plaque, mutans is a bit like the first violin that starts a concert. It adheres to the tooth first and opens the door for other bacteria,” says Researcher Tommi Pätilä, who is a cardiac surgeon at New Children’s Hospital.

Treatment begins with a mouthwash containing a light-absorbing compound. The solution is rinsed around in the mouth for 30 seconds so the photosensitive substance contained in it sticks to the plaque. The substance is activated with a photosensitizer placed between the teeth. Dual-light therapy is administered to the entire dental area for 10 minutes.

“The photosensitive substance in the effervescent tablet adheres to the surface structures of the bacteria. Red light activates the substance and initiates a chain-reaction that kills the bacteria. Antibacterial blue light administered at the same time significantly enhances the effect,” explains Pätilä.

Based on the studies, the treatment only affects the targeted bacteria, and the bacterial flora in the mouth remains diverse. Furthermore, dual-light therapy causes no bacterial resistance.

The medical profession has previously used light to kill bacteria. Bacteria living in the mouth can protect themselves from antibacterial blue light by using various sugars to build a shelter. However, they are unable to defend against the combination of the solution and the wavelength of dual light, which affects the bacteria’s own internal structures.

The dual-light therapy was developed by Tommi Pätilä and Aalto University researcher Sakari Nikinmaa, who met when Nikinmaa and his team participated in the first hospital immersion period of the Biodesign Finland project. Biodesign Finland is based on the Biodesign concept developed at Stanford University, where interdisciplinary teams develop technology that can also be commercialized to solve medical problems.

Dual-light therapy designed for home use will be launched for consumers in early 2020. Dentists are already familiar with light activated antibacterial methods in clinical use, but dual-light innovation boosts the efficacy significantly, and for the first time the method is provided for home use.

The new product was first tested on human subjects by treating the canine teeth on one side of the mouth once a day while leaving the canine teeth on the other side untreated as a control. There was less plaque formation and other markers of gum disease on the side of the mouth with the treatment. Jukka Meurman and Timo Sorsa, who are professors at the University of Helsinki who have studied the connection between oral health and cancer, were also involved in testing the method.

The researchers emphasize that thorough oral hygiene is still the best way to prevent dental diseases. Dual-light therapy is particularly beneficial to people with aggressive strains of dental bacteria, chronic diseases or problems handling dental hygiene due to, for example, arthritis. Other special groups include children and people with cancer.

“Although dental care is generally better than earlier, the cost of oral diseases is around 442 billion dollars globally,” says Sakari Nikinmaa.

Sakari Nikinmaa and Tommi Pätilä founded Koite Health in September 2018, following the Biodesign Finland project and a commercialization project funded by Business Finland and Aalto University. The company now has four employees, and it has attracted €1 million in financing.

“We especially hope that the product we’ve developed will help maintain the oral health of cancer patients who are undergoing intensive treatments and prevent gingivitis in diabetics. Diabetes causes a tenfold increase in the risk of gingivitis. The product is also suitable for daily tooth cleaning and maintenance of oral health,” says Sakari Nikinmaa.