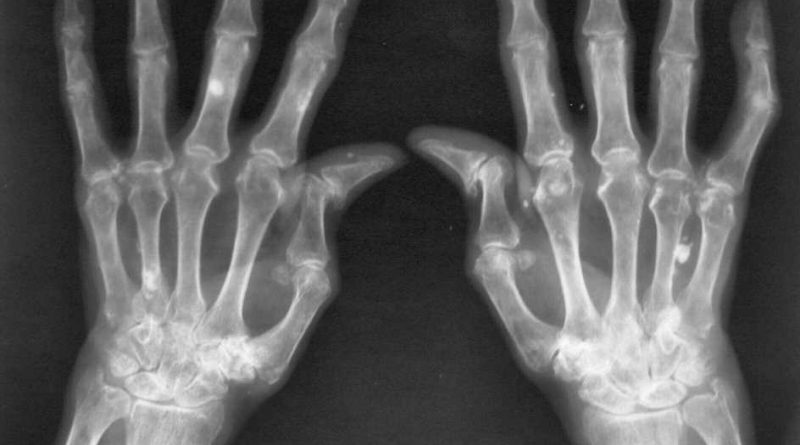 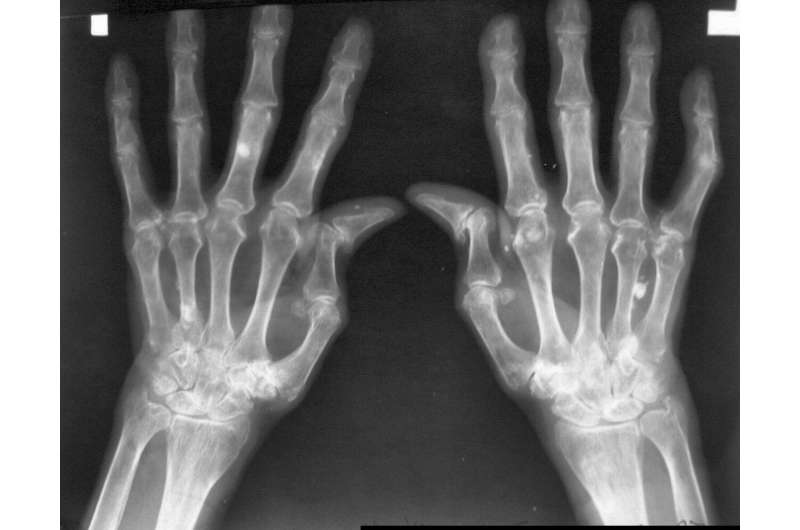 Using a novel systems biology approach, scientists at University of California San Diego School of Medicine have further parsed the cellular players and roles involved in rheumatoid arthritis (RA), a complex disease that affects more than 1 million Americans in ways that have defied development of uniform treatments.

The findings, published in the October 20, 2022 issue of Nature Communications, show that the same molecules involved in RA can have opposite functions in cells obtained from different patients—and help explain why current targeted therapies evoke different responses in patients with the same diagnosis and similar symptoms.

Arthritis encompasses more than 100 conditions that affect the joints, tissues around the joint and other connective tissues. It is estimated that more than 58 million adults in the United States (one in five) have been diagnosed with the condition.

Osteoarthritis is the most common form, involving degeneration of joints, often in the hands, hips, and knees. RA is less common, but still affects more than 2 million Americans, primarily women. It is a systemic autoimmune disease characterized by long lasting or chronic, painful tissue inflammation in affected joints. It can also cause problems in other organs, such as the lungs, heart, and eyes.

The causes and risk factors for RA are myriad and not well understood. They range from age, sex, and lifestyle (such as smoking) to obesity and inherited traits. There is no cure for RA, but there is a broad range of targeted treatments that can help slow disease progression, prevent joint deformity, and reduce pain and disability.

“Although that RA arises with similar clinical appearance between patients, response to any individual treatment is unpredictable and requires a trial and error method. This process is repeated until a drug that decreases disease activity for that particular patient is identified,” said co-corresponding author Gary Firestein, MD, Distinguished Professor of Medicine and director of the Altman Clinical and Translational Research Institute at UC San Diego School of Medicine.

“Many patients have improved outcomes, but a significant percentage do not. They have persistent inflammation. These variable responses to therapy indicate the same disease can have diverse mechanisms.”

That diversity or heterogeneity of disease with varying cell types in individual RA patients has driven efforts to find personalized mechanisms that would yield a better understanding of the nature of RA and reliably prescribe effective, early treatment. In the new study, the UC San Diego team focused on fibroblast-like synoviocytes (FLS), a specialized cell type found inside joint synovium—a soft connective tissue that lubricates joints and minimizes wear and tear. FLS play a major role in RA joint destruction.

Examining cultured primary FLS, the researchers identified specific transcription factors (proteins that regulate the transcription or copying of genes) that are involved in individual RA patients’ cell lines. The analysis allowed scientists to stratify those cell lines into at least two subtypes with different predicted activated pathways that could contribute to inflammation.

“Essentially, we biologically validated these predictions for the top subtype-specific transcription factors,” said co-corresponding author Wei Wang, Ph.D., professor in the departments of Chemistry, Biochemistry and Cellular and Molecular Medicine at UC San Diego School of Medicine. “This study is the first to characterize groups of cell lines from RA patients with distinctive transcription factor biology by integrating transcriptomic and epigenomic data.”

System biology is a computational approach that studies the interactions and behavior of all components of a biological entity, based on the understanding that the whole is greater than the sum of its parts. In taking this approach, the authors wrote, their findings could help pave the way toward a greater understanding of RA’s heterogeneity while providing better focus on existing and future therapies personalized to individual patients.