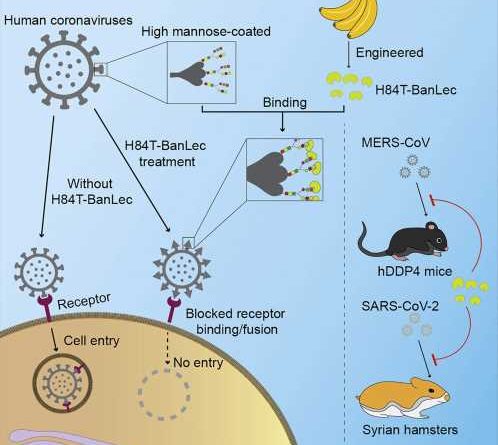 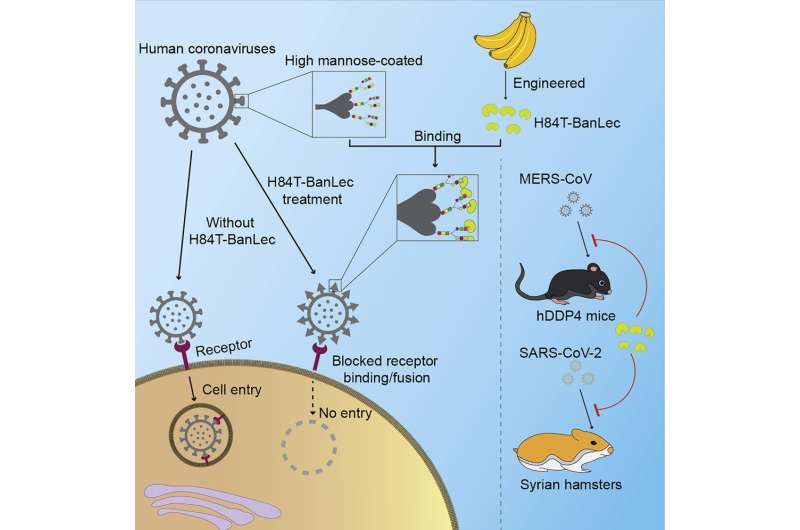 On January 13, 2020, a paper touting the creation of a possible therapy that could be used to fight all known strains of the flu was published online.

One week later, the first laboratory-confirmed case of SARS-CoV-2 set off the 2.5 year-long COVID-19 pandemic in the United States.

Interestingly, prior to the arrival of the virus that temporarily shut down their work, the international study team behind the influenza paper had also investigated the therapy of coronaviruses.

“At the time we thought MERS would be the big target, which we were worried about because of its 35% mortality rate,” said David Markovitz, M.D., professor of internal medicine, Division of Infectious Diseases at the University of Michigan Medical School. (MERS, or Middle Eastern Respiratory Syndrome, caused a brief outbreak in 2015 and resulted in 858 confirmed deaths.)

A paper in Cell Reports Medicine details the efficacy of H84T-BanLec against all known human-infecting coronaviruses, including MERS, the original SARS, and SARS-CoV2, including the omicron variant. Markovitz is joined by two senior authors, Peter Hinterdorfer, Ph.D., of the Johannes Kepler University Institute of Biophysics, and Kwok-Yung Yuen, MBBS, M.D., of the University of Hong Kong. The first author on the paper is Jasper Fuk-Woo Chan, M.D., of the University of Hong Kong.

“When COVID-19 occurred, we of course wanted to study the therapy’s potential and discovered it was effective against every type of coronavirus, in vitro and in vivo,” Markovitz said. “Whether delivered systemically or through the nose in animal models, or prophylactically or therapeutically early on in the illness, it worked.”

H84T-BanLec is derived from a lectin (a carbohydrate-binding protein) isolated from banana fruit. It accomplishes its remarkable viral-blocking abilities by binding to high-mannose glycans, polysaccharides that are present on the surface of the viruses, but only very rarely on normal healthy human cells. After binding, the virus cannot enter cells to infect them.

Using atomic force microscopy and related methods, the team confirmed that H84T develops multiple strong bonds with the spike protein, which probably explains why it’s hard for a coronavirus to be resistant to the lectin, said Markovitz.

Despite their anti-viral potential, lectins have traditionally been avoided as possible therapies because they are proteins that can stimulate the immune system in a potentially harmful way, explains Markovitz. However, H84T-BanLec has been modified to remove this effect and showed no detrimental effects in the animal models.

While several treatments for COVID-19 currently exist, including remdesivir, Paxlovid and monoclonal antibodies, they have varied levels of effectiveness, side effects and ease of use and many have proven less effective as SARS-CoV2 continues to evolve.