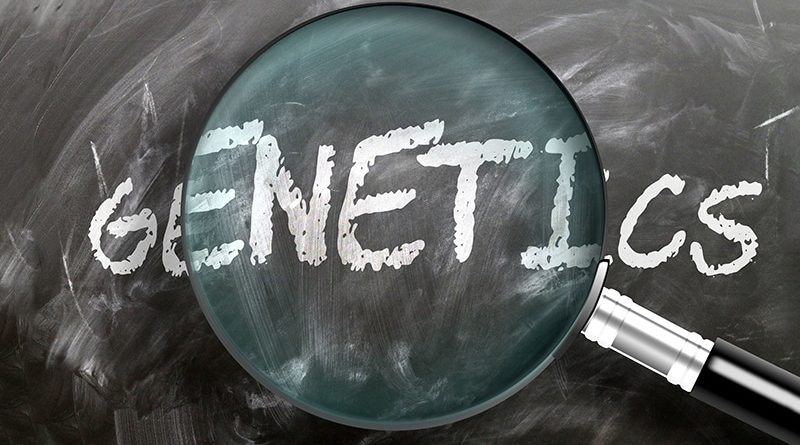 In combing the genome, scientists can use genetic clues to determine a person’s risk for psychiatric disease, and even identify new drug targets. But the benefits of these discoveries will be limited to people of European descent.

Nearly 90% of participants in genome-wide association studies (GWASs), which search for gene variants linked to disease, are of European ancestry. This Euro-centric focus threatens to widen existing disparities in racial and ethnic mental health.

“If you develop certain interventions based on only a single population profile, then you’ll be leaving out the rest of the populations in the world,” says Solomon Teferra, MD, PhD, associate professor of psychiatry at Addis Ababa University, in Addis Ababa, Ethiopia. In a growing trend, psychiatric researchers are diverging from the field’s European bias and are working to correct the imbalance in DNA databases.

One obstacle hindering therapeutic advances in psychiatry is a shallow understanding of the mechanisms of disorders. “The biggest problem in terms of advancing research for mental health conditions is that we don’t understand the underlying biology,” says Laramie Duncan, PhD, assistant professor of psychiatry and behavioral sciences at Stanford University, in Stanford, California. “Genetics is one of the best ways to systematically look for new clues about the underlying biology.”

At the advent of genomic research, scientists thought it best to study DNA from people of a single ancestry from one continent. “Researchers for a long time held the idea that it was going to be too complicated to include multiple ancestries in the first rounds of genetic analyses,” says Duncan.

Because many genes are usually involved in psychiatric disorders, scientists need large numbers of participants to detect uncommon, influential variants. Early research was concentrated in North America and Europe in order that scientists could readily collect samples from people of European ancestry.

“It then went out of hand because it became routine practice to use only this one group, essentially White, European ancestry people,” says Karoline Kuchenbaecker, PhD, associate professor of psychiatry at University College London, London, United Kingdom.

Yet findings from one population won’t necessarily translate to others. “And that’s exactly what has been shown,” says Teferra. Polygenic risk scores developed for schizophrenia from European samples, for example, perform poorly among people of African ancestry, although among Europeans, they are strongly effective at differentiating European individuals with and those without schizophrenia. Moreover, drugs that target a gene identified from studies in European populations may be harmful to other groups.

Studies drawn from a diverse pool of participants would benefit a wider swath of humanity. They would also allow scientists to discover small areas of overlap in genomes of different populations, which would help them close in on the true biology of diseases and ensure that “we’re all benefiting from more diverse data in genetics and psychiatric genetics,” says Kuchenbaecker.

Genomic studies are featuring more people of non-European ancestry, but most of that improvement comes from populations of Asian ancestry, not African, Latin American, or Indigenous ancestry.

Efforts to increase representation of persons of African ancestry have largely focused on African Americans; fewer efforts have extended to the African continent, home to the most genetically diverse populations. Even fewer have focused on mental health. “The little that was being done was on a very small scale,” says Karestan Koenen, PhD, a professor at Harvard T. H. Chan School of Public Health, Boston, Massachusetts.

With this in mind, researchers from institutions in Kenya, Uganda, South Africa, and Ethiopia partnered with researchers at the Broad Institute of the Massachusetts Institute of Technology and Harvard to conduct the largest GWAS of psychiatric disorders in Africa. Koenen leads the project, Neuropsychiatric Genetics of African Populations–Psychosis (NeuroGAP-Psychosis), which will analyze DNA from over 35,000 people of African ancestry in each of these four countries. Investigators will compare the half of participants who have no history of psychosis with the half with schizophrenia or bipolar disorder in the hopes of identifying the genetic determinants of psychosis.

“Then any potential intervention or therapeutics that will be developed will also be useful for Africans,” says Teferra, a NeuroGAP principal investigator. Because of the tremendous degree of genetic diversity among people on the continent, however, findings still might not translate to all African populations.

But correcting equity problems in genomics isn’t as simple as recruiting people with non-European backgrounds, especially if those people are unfamiliar with research or have been subject to scientific exploitation. “Special care needs to be taken to, first of all, provide information that’s appropriate [to participants], but also motivate people to take part, and then find ways to keep these communities involved and understand what they’re interested in,” says Kuchenbaecker, who is not involved with NeuroGAP.

For NeuroGAP, the team needed to work with ethical committees at all of the institutions involved, ensure research materials were appropriate for each community’s cultural context, and gain the trust of local communities.

“One of the biggest criticisms within the scientific world is that people from more endowed countries just fly in, bully everyone, collect the data, and leave, with no credit to the local scientists or communities,” says NeuroGAP principal investigator Lukoye Atwoli, MMed, PhD, professor of psychiatry and dean of the Medical College, East Africa, at the Aga Khan University, Nairobi, Kenya. “That is one of the biggest pitfalls we had to grapple with.”

To address that concern, NeuroGAP is training local researchers and is providing them with requested resources so they can carry out similar studies in the future. “We will be looking to address a real need in the academic community and in clinical service delivery,” says Atwoli.

In the Americas, Janitza Montalvo-Ortiz, PhD, assistant professor in the Division of Genetics, Department of Psychiatry, Yale University School of Medicine, New Haven, Connecticut, and her colleagues are expanding psychiatric genomics projects in Latin America. She co-founded the Latin American Genomics Consortium in 2019, a network of scientists supporting psychiatric genomic research in the region. The consortium also involves the Neuropsychiatric Genetics in Mexican Populations project, which is similar to NeuroGAP and is also led by Koenan.

The study of Latin American populations is complicated, because genes in these populations reflect Indigenous American, European, and African ancestries. Even when investigators sampled DNA from Latin American individuals, that data often went unused. “Now with new methods emerging to allow us to properly analyze admixed populations in GWAS studies, we’re making efforts to compile different datasets scattered across different large-scale cohorts,” says Montalvo-Ortiz. “Our ultimate goal is to conduct the first large-scale LatinX GWAS of psychiatry,” she says.

With these projects, researchers hope that new psychiatric research will produce clinical advances for people historically left on the sidelines of genomic studies. By involving their communities in genomic research, “whatever is going to be developed will also benefit our community,” says Teferra. “We will not be left out.”

Jackie Rocheleau is a freelance journalist who covers health and science. Her work has appeared in Forbes, Knowable, Scientific American, and other publications.