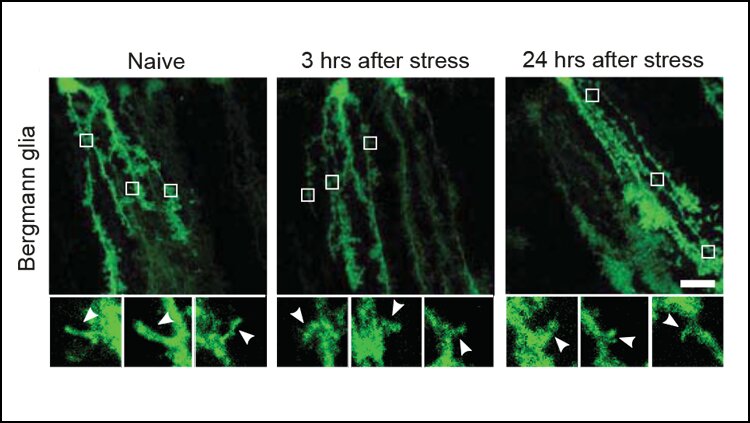 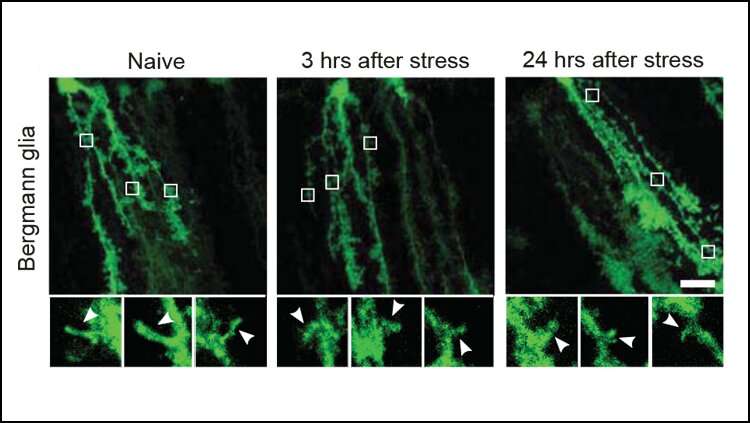 Research led by Si-Qiong June Liu, MD, Ph.D., Professor of Cell Biology and Anatomy at LSU Health New Orleans School of Medicine, has shown how stress changes the structure of the brain and reveals a potential therapeutic target to the prevent or reverse it. The findings are published in JNeurosci, the Journal of Neuroscience.

Working in a mouse model, Liu and her research team found that a single stressful event produced quick and long-lasting changes in astrocytes, the brain cells that clean up chemical messengers called neurotransmitters after they’ve communicated information between nerve cells. The stressful episode caused the branches of the astrocytes to shrink away from the synapses, the spaces across which information is transmitted from one cell to another.

The team also discovered a mechanism resulting in communication disruption. They found that during a stressful event, the stress hormone norepinephrine suppresses a molecular pathway that normally produces a protein, GluA1, without which nerve cells and astrocytes cannot communicate with each other.

“Stress affects the structure and function of both neurons and astrocytes,” notes Dr. Liu. “Because astrocytes can directly modulate synaptic transmission and are critically involved in stress-related behavior, preventing or reversing the stress-induced change in astrocytes is a potential way to treat stress-related neurological disorders. We identified a molecular pathway that controls GluA1 synthesis and thereby astrocyte remodeling during stress. This suggests new pharmacological targets for possible prevention or reversal of stress-induced changes.”

She says that since many signaling pathways are conserved throughout evolution, the molecular pathways that lead to astrocyte structural remodeling and suppression of GluA1 production may also occur in humans who experience a stressful event.