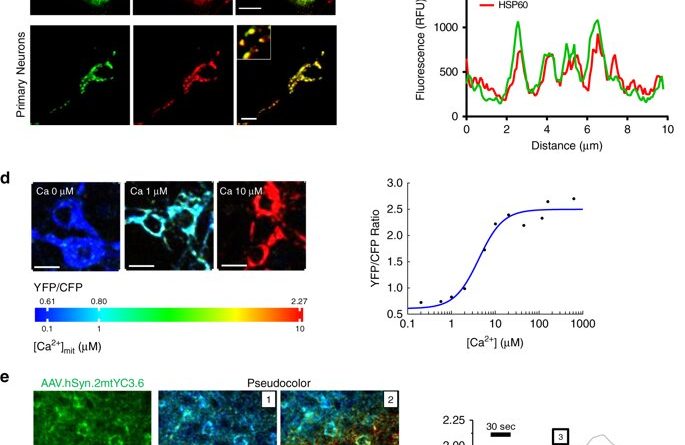 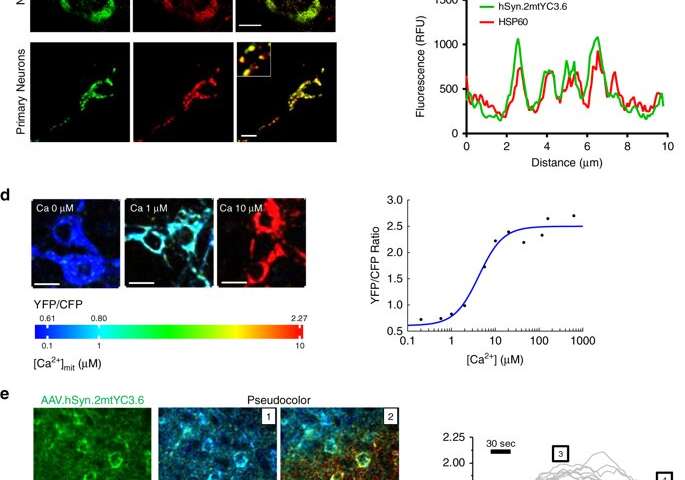 For the first time, using a mouse model of Alzheimer’s disease, scientists have documented a link between raised levels of calcium in mitochondria and neuronal death in the living brain. This relationship was previously documented in cell culture, but seeing this phenomenon in living mice makes it more likely that this occurs in people also and could point to a new target for Alzheimer’s disease.

“We were able to show mitochondrial calcium dysregulation in the neurons of living mice with Alzheimer’s-like symptoms using cutting edge live imaging techniques,” says the lead author of the paper, Maria Calvo-Rodriguez, Ph.D. The senior author is Brian J. Bacskai, Ph.D. They are both from the Department of Neurology at Massachusetts General Hospital.

Their collaborators included researchers from Harvard School of Public Health and the School of Medicine at Instituto de Investigacion Biomedica de Cadiz (INIBICA) in Spain. This study was recently published in Nature Communications.

One of the defining hallmarks of Alzheimer’s disease is the deposition of amyloid beta (Aβ) plaques and loss of neurons. The accumulation of Aβ has long been thought to be a trigger of the disease, but the exact means by which neurons die in Alzheimer’s remain a mystery, and the Aβ theory has become controversial because so many drug candidates targeting Aβ have failed in clinical trials.

One of the effects of Aβ plaques is that they cause high calcium ion (Ca2+) levels in the brain cells. There is also evidence that, at least in cell culture, exposure to Aβ can raise Ca2+ levels within mitochondria and lead to neuronal death. Mitochondria influence Ca2+ signaling inside neurons through the “mitochondrial calcium uniporter” that takes up Ca2+ into mitochondria. The investigation of this mechanism in living mice has been hampered by the lack of technologies sensitive enough to directly assess Ca2+ levels in mitochondria in the living brain.

To explore the relationship between Ca2+, mitochondria and neuronal death, Calvo-Rodriguez and her colleagues combined multiphoton-microscopy with a ratiometric Ca2+ indicator targeted to mitochondria to asses Ca2+ levels. They applied these technologies to examine the neurons of a transgenic mouse model of Alzheimer’s disease that develops amyloid plaques similar to those from human patients.

Additionally, they observed that when soluble Aβ is applied to the healthy mouse brain Ca2+ concentration in mitochondria increases. That process can be prevented by blockage of the mitochondrial calcium uniporter with a drug. Soluble Aβ is a type of Aβ similar to that in the human Alzheimer’s brain.