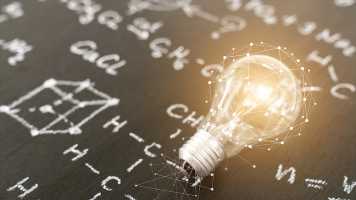 Four years ago, Seattle Children’s Hospital began its journey revamping its analytics system. The system originally went from a relatively siloed analytics platform to a dashboard that catered to the clinical, research and business side of operating.

“The key thing to highlight is not only do we cover a broader set of the organization, a broader set of tools that are more predictive, we’ve also provided more and more training and education around how to use and do analytics and what are the ethical considerations as we do these things,” Ryan Sousa, the chief data officer at Seattle Children’s Hospital, said during a HIMSS20 Virtual Webinar.

But the change to this versatile platform came down to a lot of hard work and innovation. During a HIMSS virtual webinar, Sousa explains the 11 innovation mindsets that helped Seattle Children’s reach their goal.

1)  Innovation is bold. Sousa said that when the analytics project first kicked off, state of the art was basic supply chain reporting and revenue cycle reporting. However, the team had a clear vision for the future, which included more predictive analytics, baseline monitoring and early detection.

“When we started this, we said we are going power the innovation that drives action to improve the lives of children and their families,” he said. “We weren’t shy about it. We were talking about we are going to build these new capabilities and stream this innovation in real time.”

2) Innovation is community. Sousa stressed the importance of bringing various stakeholders into the fold of innovating to cultivate new ideas and perspectives.

“That is something we focused on really early,” Sousa said. “It was about getting the user community to come together, the analytics platform folks to come together, and ultimately bringing those communities together so we don’t distinguish between business and technology.”

3) Innovation is self-serve. Sousa said that empowering the end users to select the right tech and innovation for their uses ends up freeing up the analytics staff.

“The more powerful … after picture is that the physicians, the researchers, the administrators and executive leaders are doing increasingly an amount of self-serve,” he said. “So, more and more things that used to be done by analysts are done by the user community themselves. … Analysts now are becoming data scientists in our organization with some significant upgrades to training and skills.”

4) Innovation is diversity. Having a variety of viewpoints on a team can spark new ideas and ways of seeing a problem.

“Everyone starts in their own place based on their own set [of] shared experiences but over time as they share notes and connect ideas, we start to align on something very different than any of us have thought about at the beginning,” he said.

5) Innovation is connections. Sousa said that being able to socially connect to share ideas is key to innovation. He gave the example of networking events and hackathons as a way to connect with new ideas. While social distancing continues, he mentioned virtual happy hours as a way to get together and spread ideas.

6) Innovation is curious. Sousa said it’s important to be curious, not just about new topics that interest you, but also about other people’s ideas and way of thinking.

“It’s about being curious why someone feels strongly that you are wrong about something,” he said as an example. “So, if someone comes in with a strong disagreement. It isn’t about arguing back but saying help me understand more.”

7) Innovation is change. Innovation isn’t about changing systems in baby steps but rather rethinking the whole problem, he said.

“You can chose to go after your technical challenge and make small improvements to existing processes and over time you will see incremental improvement,” he said. “Really if you want to drive transformative change it is about changing your thinking, it’s about moving away from how you’ve seen things in the past, not looking for ways to incrementally improve the process but redefining the whole thing.”

8) Innovation is believing. Sousa said that especially when starting a project having faith in the idea is key.

“Four years ago, we were the best at [saying] ‘Why we can’t make things happen?’” he said. “Instead of saying ‘That can’t be done,’ really focusing on how can we make it happen. That small change in mindset was very transformative in our journey.”

9) Innovation is people. He noted that empowering the individual to be the changemaker was key.

“How do you get people to engage and make it their own? That’s an important part,” he said.

10) Innovation is hard. Sousa said that during the innovation process the leaders of the initiative often feel isolated and lonely.

“The important thing is to stay focused,” he said. “Win or fail, knowing at the end of the day you did your best and are moving things forward is its own reward, and more often than not you will succeed.”

11) Innovation is you. Sousa stresses the importance of individual thinking when pitching new ideas for the future.