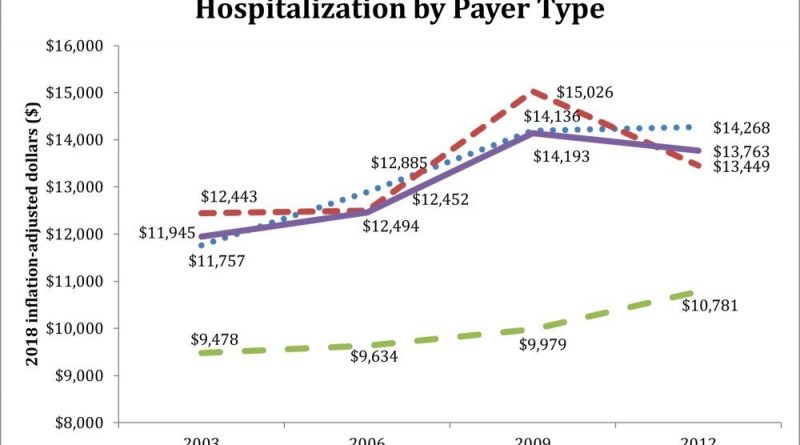 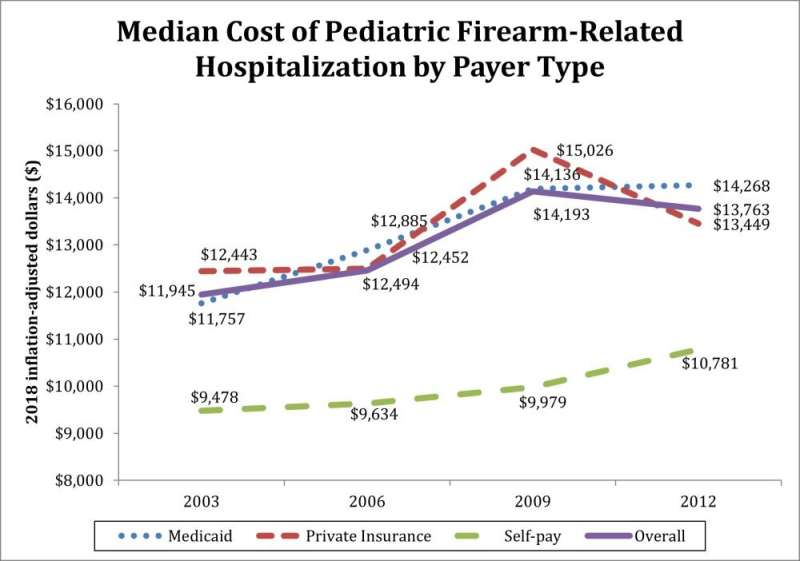 Initial hospitalization costs for pediatric firearm injuries across the U.S. were an average of $109 million annually, according to a study published June 23, 2021 in the open-access journal PLOS ONE by Jordan S. Taylor and colleagues from the Stanford University School of Medicine, U.S.

Gun violence is a huge problem for U.S. children: across the world, nine out of every 10 children under 15 years old killed by guns was in the U.S. This study is one of the first to characterize the cost of initial hospitalization from gun-related injury in U.S. children 18 and under over time, and to identify factors that may contribute to variation in cost.

To do so, the authors used data from the national Healthcare Cost and Utilization Project Kids’ Inpatient Database (the largest publicly available all-payer pediatric inpatient care database in the U.S., sampling up to 80% of pediatric discharges from more than 4,100 U.S. hospitals), looking specifically at patients 18 and under admitted with gun-related injuries from the years 2003, 2006, 2009, and 2012 (representing between 36-44 states depending on the year). They compared demographic and discharge-level data including injury severity score, hospital length of stay, income quartile, injury intent, and inflation-adjusted hospital costs across four age groups (0-5, 6-9, 10-15, 16-18 years).

19,015 pediatric patients 18 years of age and under were admitted to the hospital for firearm-related injuries during the study period, working out to approximately 4,753 pediatric firearm-related admissions each year. Assault was the given reason for 63 percent of admissions; unintentional injuries accounted for 26 percent of admissions; self-inflicted injuries, three percent. 47 percent of all patients had a hospital length of stay (LOS) of four or more days. The median hospitalization cost was $12,984 per patient, with annual initial hospitalization costs for pediatric firearm injuries approximately $109 million over the study period. (The authors note inflation-adjusted hospitalization costs increased significantly over the study period (p < 0.001).) Hospital region (the West was most expensive, with a median cost of $18,244), increased injury severity, and increased length of time in the hospital were all associated with higher costs (p < 0.001) in the authors' analysis. The authors also found that pediatric firearm-related injuries predominately occurred among older teenagers (74 percent, 16-18 years), males (89 percent), Black children (55 percent), and those from the lowest income quartile (53 percent).

The costs reported here represent initial hospitalization only, and don’t account for costs from subsequent admissions, patients discharged directly from the emergency department, or patients who died prior to admission. Additional financial burdens like lost time from work for teens and parents, rehabilitation, long-term disability costs, and non-hospital resources (e.g. first responders) are also not counted in this data.

Even with these limitations, it’s clear that gun injuries in U.S. youth 18 and under are a significant public health problem and financial burden. The authors hope that this and future work will lead to effective legislation and prevention programs.