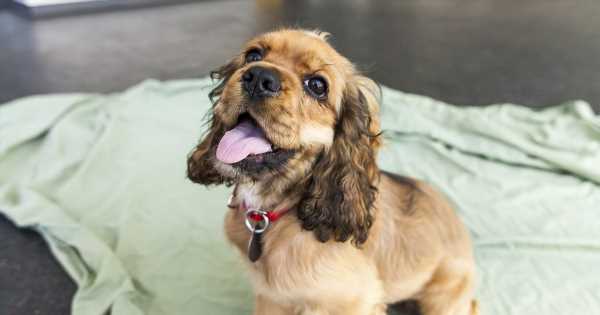 Florida’s Orange County, home to the city of Orlando, has joined more than 70 other Florida jurisdictions in ending the sale of dogs, cats, and rabbits in retail pet stores. These laws—nearly 400 nationwide!—are big wins because they can eliminate a critical outlet for cruel puppy mills.

Not all of these ordinances are created equal, however. Some exempt existing stores, allowing them to continue selling puppies, while other laws allow stores to profit from the sale of dogs from rescues or shelters. These well-intentioned laws have proven to be difficult to enforce and have even been exploited by stores that intentionally misrepresent commercially bred dogs as “rescues.”

Fortunately, Orange County Commissioners enacted an ordinance without those loopholes, effectively shutting down the puppy mill pipeline into Orange County.

Laws like this are necessary because the facts are clear:

FACT: Florida pet store puppies come almost entirely from out-of-state puppy mills. Documentation shows that Florida’s pet store puppies originate from states that have high numbers of commercial breeding facilities (Missouri, Indiana, Ohio, Iowa and Kansas). Puppies are ordered from these suppliers and shipped to stores. Florida stores often use dog brokers, or “middlemen,” who buy puppies from breeders and resell them to retailers. This obscures the true source of the puppy.

FACT: Prohibiting the sale of dogs in stores protects dogs and consumers while preserving consumer choice. Pet stores rely on deception and emotional impulse purchases to sell their puppies, marketing them to consumers as healthy dogs from responsible breeders, which is far from the truth. Shutting down the puppy mill-to-pet store pipeline keeps consumers from unknowingly supporting cruelty, while maintaining the ability to choose the right dog for their family. Though the ASPCA encourages pet adoption, consumers can still to buy dogs directly from breeders. If you decide to work with a breeder, choose a responsible breeder who truly cares for their dogs.

FACT: Stores that reject puppy mill cruelty thrive. The overwhelming number of pet stores nationally—both chains and locally owned shops—do not sell puppies or kittens. According to the pet industry’s own reports, pet stores that do not sell pets are more profitable than those that do. Pet stores can sell food and other products and offer services such as grooming, boarding and training, as well as entice consumers to their stores by partnering with local shelters or rescue groups to host adoption events.

Join the ASPCA Advocacy Brigade today to get updates on animal-protection legislation and find out how you can help make a difference for animals in your state.