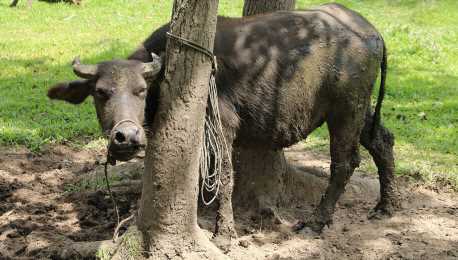 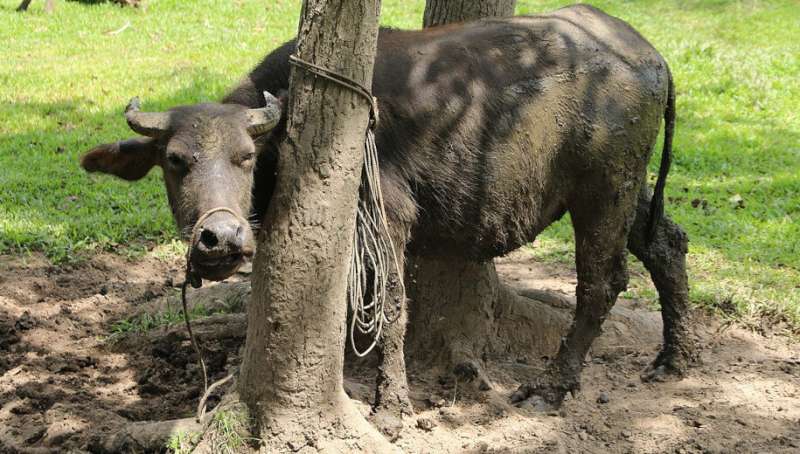 Schistosomiasis, also known as bilharzia, is caused by parasitic trematode worms. People become infected when larval forms of the parasite penetrate the skin during contact with infested waters. According to WHO estimates, at least 236.6 million people globally required preventive treatment against the disease in 2019.

While earlier studies had placed blame for the transmission of the Schistosoma japonicum parasite in the Philippines on rats and dogs, research published late September in PLOS Neglected Tropical Diseases, showed that buffalos were mainly responsible.

Mario Jiz, an author of the study and head of the immunology department at the Research Institute for Tropical Medicine, Manila, says schistosomiasis affects 12 million Filipinos and persists as a public health problem despite mass drug administration. Reinfection rates after drug treatment are high in heavily endemic areas because of poor understanding of the infection source, he tells SciDev.Net.

“S. japonicum is a zoonosis [disease which can be transmitted to humans from animals] that infects the majority of water buffalos over short periods of time and these animals can transmit the infection to snail [which act as] intermediate hosts and mediate human infection,” Jiz tells SciDev.Net.

The researchers moved 42 schistosome-negative water buffalos to the rice-farming village of Macanip in Leyte, Philippines. At the end of 10 months, they tested 34 surviving water buffalos—the others died in a typhoon—to find that only one was free of the parasites. For accuracy, the researchers relied on real-time polymerase chain reaction tests as well as retrieval of worms from the veins and tissues of the liver and abdomen of the animals.

Jiz says that frequent flooding and strong typhoons caused by climate change may carry the snail hosts to other areas and start a new schistosomiasis infection area. “With the ubiquity of water buffalos in rice-farming villages in the Philippines, there is a risk of spreading schistosomiasis from focal, limited areas to larger spaces.”

Don McManus, a senior scientist at the QIMR Berghofer Medical Research Institute, in Brisbane, Australia tells SciDev.Net that the study “provides absolute, definitive proof that carabao are major animal reservoirs for transmitting schistosomiasis in the Philippines.”

China has long recognized that water buffalo and cattle are the major reservoirs of infection and, as such, are targeted by the countries’ schistosomiasis control program, says McManus, adding: “The research provides additional ammunition for developing and deploying a transmission-blocking veterinary vaccine in both countries as a primary control intervention against schistosomiasis.”

Global schistosomiasis control is mainly by mass administration of the drug praziquantel, but has not always been effective, according to McManus.