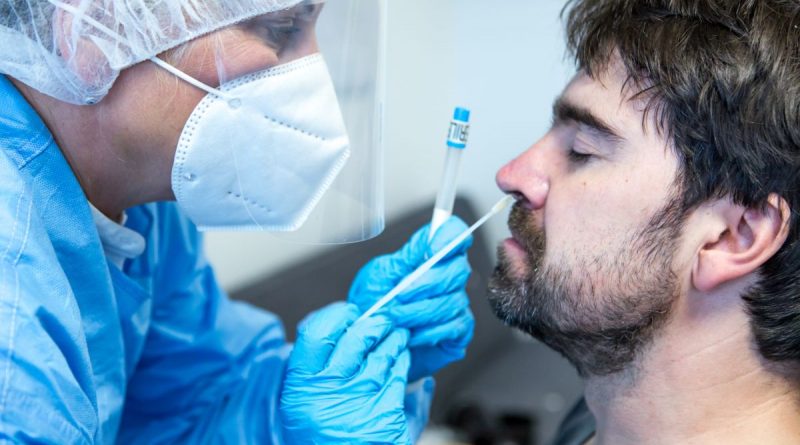 People infected with the delta variant of the novel coronavirus may be carrying more than a thousand times more virus particles and may test positive two days earlier than those infected with the original SARS-CoV-2, according to an early new study. The study has not been peer reviewed and looked at only a small number of cases in China, but if the results can be confirmed, they may explain, at least in part, why the delta variant is so much more infectious.

The delta variant has now spread to more than 100 countries and currently makes up 83% of new COVID-19 cases in the U.S., with particularly high case numbers in areas with low vaccination rates, Live Science previously reported. This variant is thought to be 60% more transmissible than the previous dominant strain, and twice as infectious as the original strain of SARS-CoV-2.

Though it’s clear that delta is very good at spreading quickly, researchers aren’t sure why. To understand more, a group of researchers in China studied how the delta variant spread from the first known local transmission identified on May 21. The authors published their findings as a preprint study on Virological on July 7.

China’s Guangdong and other local Centers for Disease Control and Prevention conducted surveillance and screening on those infected with the delta variant and their close contacts in China. Close contacts of infected people isolated and took daily COVID-19 polymerase chain reaction (PCR) tests. Officials identified 167 local infections that traced back to the original index case.

They compared data from these people with data from the early days of the pandemic, when the original SARS-CoV-2 was spreading in China.

They found that the average time it took from a person’s exposure to the virus to testing positive on PCR tests (or the amount of time the virus needed to replicate to high enough levels to be detectable) was 5.61 days for the original virus and 3.71 days for the delta variant.

The most “striking” aspect of this report was that it takes a much shorter time from being exposed to the delta variant to showing significant levels of virus, said John Connor, a researcher at Boston University’s National Emerging Infectious Diseases Laboratories who was not involved in the study. That changes the “window” of when people are infectious, Connor told Live Science.

“As we know, individuals undergo a latent period after infection, during which viral titers [concentrations] are too low to be detected. As viral proliferation continues within [the] host, the viral load will eventually reach detectable level and become infectious,” the authors wrote in the study. “Knowing when an infected person can spread viruses is essential for designing intervention strategies to break chains of transmission.” In other words, contact tracing would have to work more quickly to stop people from transmitting delta.

— Quick guide: COVID-19 vaccines in use and how they work

“These data highlight that the delta variant could be more infectious during the early stage of the infection,” the authors wrote. That, in turn, suggests that the person would shed more viral particles, making the transmission risk higher.

Still, the higher replication rate may not fully explain why delta is so successful, and “there’s a lot of unanswered questions,” Connor added. For example, it would be important for future studies to understand how much of the detected virus is actually infectious, he said.