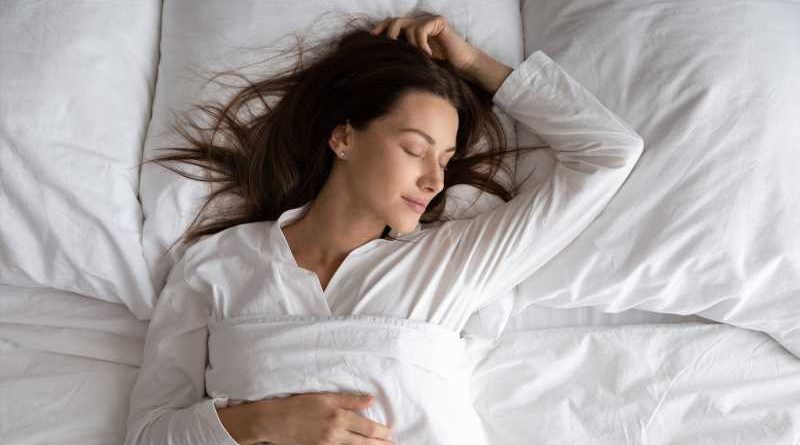 Apart from dreaming of being caught in the center of a tornado or running from crazed zombies, the scariest nightmares are often the ones that leave us a bit sweaty — but not in a bad way. While sex dreams about a significant other seem perfectly normal, the same steamy dreams about a friend or co-worker are chill-inducing. Though dream interpretation is rarely a straightforward practice, a sex dream about your boss might leave you wondering if you really are attracted to them in real life.

Well, as it turns out, sex dreams (even those dreams that involve your significant other) don’t really have much to do with attraction at all. “The important thing to remember about sex dreams is that they aren’t necessarily about a physical union you want but rather a psychological union you need,” professional dream analyst Lauri Loewenberg told Elite Daily. In essence, as Loewenberg explains, your brain is trying to tell you, through steamy, intimate scenes, that you wish to embody some of the traits possessed by the object of your intimate affection in the dream. For example, a sex dream about your friend can perhaps show you that you’re secretly envious of their charismatic personality or fashionable wardrobe.

What does it mean when you dream about having sex with a stranger? Or even worse, with your toxic ex? Well, as it turns out, your brain is trying to tell you something else about those true feelings that you might have been suppressing.

While steamy dreams involving your ex do not necessarily mean that you want to get back together, they can serve as gentle reminders to not repeat past mistakes. “A lot of us tend to keep going for the same type of person. These dreams are helping you determine if this ‘type’ is good for you or not,” Loewenberg told Glamour Magazine.

In the cases of sex dreams involving strangers (this variety of sex dreams are actually the most common), your brain is attempting to show you the hidden parts of your personality. The sex of the stranger in your dream is important to note since different personality traits are represented in the two genders. “If you are a woman, the mystery man represents your male personality traits: the part of you that can be assertive, speak your mind, bring home the bacon, handle your business and even squish the spider in the tub!” Loewenberg told Elite Daily. “You find yourself very attracted to the person in the dream because your dreaming mind wants you to be attracted to the qualities he or she represents that are already a part of you.”

Even the steamiest scenes have a deeper purpose. As Glamour Magazine points out, those having dreams about threesomes or group sex are likely attempting to juggle too many things in their daily lives and should interpret this dream as a sign to slow down a bit.