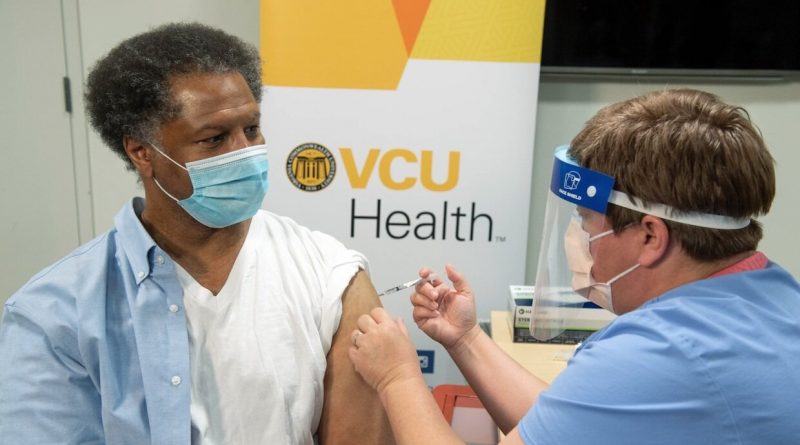 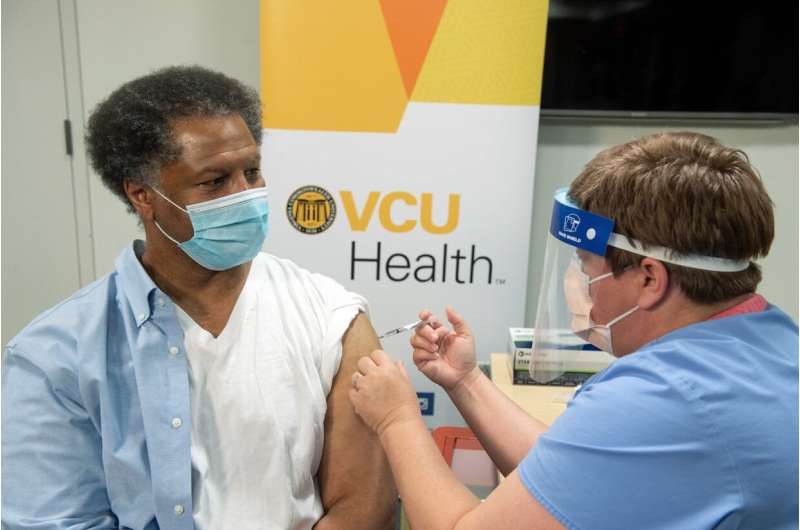 Millions of people have received COVID-19 vaccines in the United States, but the information can be confusing. Johnson & Johnson is seeking emergency use authorization for its vaccine from the Food and Drug Administration. If approved, it would be the third available in the United States, joining vaccines from Moderna and Pfizer.

VCU News spoke with Michael Stevens, M.D., associate chair of the Division of Infectious Diseases at the Virginia Commonwealth University School of Medicine, about the differences between the vaccines and the benefits of the new Johnson & Johnson vaccine. Stevens’ overall message was that people should get vaccinated as soon as the option is available to them—no matter what type of vaccine they are offered.

What is the difference between how the Johnson & Johnson vaccine works and the Pfizer and Moderna vaccines?

The big difference is that the Moderna and Pfizer vaccines use mRNA technology. mRNA is essentially a little piece of code that is taken into your cell, and your cell’s assembly plant, the ribosome, translates that into a little piece of the spike protein for COVID-19. Your body recognizes that and develops an immune response. It’s almost like a little blueprint for your cells. It can’t make you sick. It doesn’t give you COVID-19 because it doesn’t have the virus in it. It just tells your cells what to do.

The Johnson & Johnson vaccine uses a harmless virus. It’s a virus, but it can’t replicate. The virus delivers a gene that carries the blueprint of the spike protein SARS-COV-2, the virus that causes COVID-19. It’s essentially delivering that genetic information to your ribosome, which subsequently makes the spike protein. It is a more traditional vaccine approach. The ultimate difference is the way that blueprint is delivered to your cells.

Does the difference between the two technologies make it easier to administer?

The Johnson & Johnson vaccine is much more like a regular vaccine and is much easier to distribute and maintain. That has huge implications for rural areas of the country. Those areas might not have the ability to keep the mRNA vaccines at super cold temperatures.

Aren’t cold storage and stability some of the reasons the rollout of the vaccine has been a challenge?

We have the cold chain capacity in a lot of the U.S. to get those mRNA vaccines out, but it can be a challenge in rural areas. When you start talking about a vaccine that is more stable and only involves a single shot, this is great news. The easier it is to give, the more people we are going to vaccinate in the U.S. But this is also true internationally where delivering a tricky mRNA vaccine can be a challenge in some areas due to the cold chain requirements.

The Johnson & Johnson vaccine was found to be less effective than the Pfizer and Moderna vaccines. What are your thoughts regarding that?

We have really done ourselves a disservice with how wildly effective the Pfizer and Moderna vaccines are. No one is going to say they don’t want a highly effective vaccine. We are all grateful, but at the start of the pandemic if you said you were going to produce a 60% effective vaccine, that would have been beyond most people’s wildest dreams. Compare that to the flu [vaccine], which can be 50% to 60% effective some years.

The Johnson & Johnson vaccine was found to be 72% effective at preventing moderate to severe cases of COVID-19. Across the board, it was around 66%. I think part of the reason is because it was studied later in the pandemic. Now there are more of these variants out there. The Johnson & Johnson vaccine was less effective in South Africa where one of the variants has appeared. It was 57% in South Africa. I think if you were to test the Moderna and Pfizer vaccines now, they might be less effective because of the variants.

Isn’t one of the main advantages of a vaccine like Johnson & Johnson’s that you are less likely to get severely sick from COVID-19?

In the study population of almost 44,000 people, some of who received a placebo and didn’t get the vaccine, it was 85% effective in preventing hospitalizations and death across all regions. Even if the vaccine wasn’t 100% effective at preventing disease, it looks like it reduces severe disease. That is really what you want from a vaccine.

Can people who have gotten the vaccine still transmit it?

We don’t know, but you have to figure if someone has less virus, they are less ill, they might not transmit it as effectively, which could slow down the number of additional cases. That is really the idea with a vaccine, but nobody knows that for sure. That is the hope.

There will still be people who get sick, especially since there are so many cases. People are still going to need to wear masks and socially distance. It’s not a passport to go back to normal living. If you are, in theory, one of the 5% who got the Pfizer vaccine [and still got COVID-19], you could still transmit the virus to people, and they could get super sick.

Aren’t there some signs that mass vaccination slows the spread?

Places like Israel have had a very successful vaccine campaign and are starting to shows sign that the spread can be reduced before we hit herd immunity of 70% to 90%. Nursing homes are also an example.

When do you think the Johnson & Johnson vaccine might be available in the U.S.?

The federal government has a deal with Johnson & Johnson to buy about 100 million doses of vaccine. The hope is that they can do that by June. … The Vaccines and Related Biological Products Advisory Committee plans to meet Feb. 26 to review and discuss [Johnson & Johnson’s emergency use authorization] request. Any FDA approval would have to come after a recommendation from the committee. As a point of reference, the FDA approved the special use authorization for the Moderna vaccine the day after the committee met. You might see people getting the [Johnson & Johnson] vaccine in early March if everything goes well.

Will that mean people will be able to choose which vaccine to get?

We are not there yet. That will not be possible in the short term. I would say get what you can get when something becomes available to you. I really don’t think people should wait. If you have access to get any vaccine, you should get it. … Even if it doesn’t completely prevent it, you are much less likely to have a severe disease and die. Maybe you are just at home and feel terrible (as opposed to having to be admitted to the hospital with low oxygen). [Hospitals and clinics] are going to be limited in the short term on what they can provide folks.

Could there be a more strategic approach on who gets which vaccine?

Perhaps the Moderna and Pfizer ones will be targeted at high-risk populations like older people and people with co-morbidities. We don’t know. Maybe people down the list like younger people will be offered the Johnson & Johnson vaccine if it becomes available. That all still needs to be sorted out. The bottom line for the general public is get what you can get when you can get it. The vaccine, from a population level, will help to start to get a handle on the pandemic. The vaccine should prevent the disease from spreading. That’s what we need.

The more vaccines in arms the better. It could prevent the emergence of more variants that will be vaccine resistant. On the population level, vaccination will help prevent transmission. The more people who are vaccinated, the faster we will get out of this mess.

These vaccines are safe, correct?

If it has emergency use authorization from the FDA, it has been held to a very high safety standard. These vaccine trials have had just massive amounts of patients. There have been at least 30,000 patients in each one of these trials, and Johnson & Johnson’s had 43,000 people. There were no harm signals in the Johnson & Johnson trials.