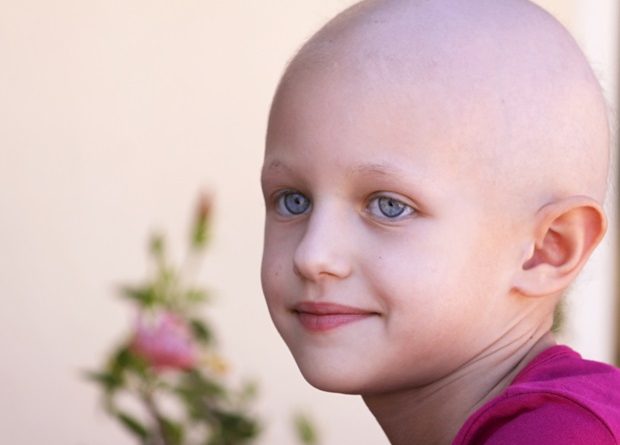 Two recent collaborative publications by CU Cancer Center members provide insights into how chronic inflammation can serve as a key factor in the development of leukemia and other blood cancers.

Both papers provide support for the theory of adaptive oncogenesis, which was developed by DeGregori. The theory stipulates that chronic inflammation (such as the inflammation associated with aging or with chronic disease) reduces the fitness of normal cells, cytotechnologist schools texas hindering their ability to reproduce and creating space for cells with cancer-causing mutations to proliferate.

The first paper, "PU.1 enforces quiescence and limits hematopoietic stem cell expansion during inflammatory stress," on which Pietras' laboratory technician, James Chavez, B.S., is the primary author, explores the effect of inflammation on the transcription factor PU.1 and its effect in turn on the production of hematopoietic stem cells (HSCs) — the immature cells found in the bone marrow that can develop into blood cells.

Pietras says this research challenged his previous understanding of how inflammation impacts HSCs.

We thought that introducing a proinflammatory cytokine-like Interleukin (IL)-1 would make hematopoietic stem cells proliferate, because when you have inflammation, the body typically interprets it as a signal to produce more white blood cells to fight off an infection or injury."

Instead, Pietras and his team found that, in the presence of IL-1, genes that control the creation of additional hematopoietic stem cells were turned off rather than on, particularly genes related to the synthesis of proteins, the key building block for new cells.

After delving into the surprising findings, the team found that a transcription factor called PU.1 represses protein synthesis genes in HSCs during periods of inflammation.

"That made us wonder what would happen if we got rid of PU.1," Pietras says. The team used genetic mouse models that allowed them to reduce the amount of PU.1 in the HSCs or remove it altogether. They found that when PU.1 is reduced or removed, inflammation caused by the introduction of IL-1 triggers the proliferation and expansion of HSCs as Pietras previously predicted it would.

"Our findings point to an interesting mechanism for how inflammation can trigger differences in cell fitness when normal HSCs have to compete with HSCs harboring oncogenic mutations that are known to disable or reduce PU.1," Pietras says. "In this case, those PU.1- deficient HSCs act like normal cells as long as there's no inflammation. But as soon as you trigger an inflammatory response, it's like throwing gasoline on a fire. The HSCs with loss of PU.1 expand because there is no longer a mechanism to turn their protein synthesis off. And when that happens, you get uncontrolled growth of the PU.1-deficient hematopoietic stem cells, which can eventually lead to leukemia, a type of blood cancer."

As for the way his new findings contradicted his previous understanding of inflammation, Pietras says he's happy to have been proven wrong. "I think some of the best science is that which disproves your own notions and dogmas," he says.

The second paper, "Chronic interleukin-1 exposure triggers selection for Cebpa-knockout multipotent hematopoietic progenitors," co-led by DeGregori and Pietras, also studies the impact of the proinflammatory cytokine IL-1 on hematopoietic stem and progenitor cells (HSPCs). The primary author on this study was Kelly Higa, a student in CU's MD/Ph.D. program co-mentored by DeGregori and Pietras.

DeGregori says one of the primary goals of the team's study was to better understand the factors that determine what kind of mature blood cells are produced from our blood stem cells (the HSPCs), particularly in response to chronic inflammation.

They studied this in mouse models by injecting them with IL-1, mimicking an infection and causing inflammation. As expected, this skewed blood cell production towards making granulocytes, a type of white blood cell that helps the immune system fight infections.

However, the team also found that inflammation seemed to alter selection in the HSPCs toward oncogenic mutations of the Cebpa gene (a key transcription factor for making mature myeloid cells like granulocytes) that are often found in leukemia.

"For every good process that happens in your body, such as fighting infection, there can also be adverse reactions that create risk," DeGregori says. "And we think inflammation creates some level of risk, particularly if it's a chronic situation."

Examples of conditions that could cause long-term inflammation include arthritis and chronic infections such as colitis. But DeGregori says the most widespread cause of inflammation is simply old age.

"When we get old, many of us become chronically inflamed," he explains. "Not everyone experiences the same level of inflammation, but higher inflammation tends to coincide with worse outcomes for people. Our data would suggest that old age, and the inflammation associated with it, could contribute to the increased leukemia rates that occur in the elderly, particularly acute myeloid leukemia (AML)."

DeGregori says this finding "flies in the face" of what most people think, which is that cancer-causing mutations drive the over-proliferation of cancer cells. "But what we're saying is that the cancer-causing mutation doesn't do anything by itself," he says. "There needs to be a selective force, which in this case is inflammation."

But both DeGregori and Pietras stress that the solution is not as seemingly "simple" as wiping out inflammation altogether.

"Inflammation is critically important for surviving infections," DeGregori says. "Over evolutionary time, dying from infection was a major risk, so we evolved inflammation as a mechanism to avoid that. On the other hand, we've shown that chronic inflammation could promote selection for oncogenic events, such as through inhibition of Cebpa".

"Inflammation isn't always an enemy," Pietras agrees. "We need it to fight off pathogens and to help repair tissues. It's when inflammation becomes pathological that it becomes an enemy."

Pietras says the next step is to thoughtfully apply the findings to human biology.

"I think there are a few different implications for the work," Pietras says. "One is that we're learning more about when and where stem cells first gain mutations and the extent to which inflammation can impact the capacity of these mutant HSCs to eventually initiate leukemia. What this tells us is that if we can intervene at an early stage, we may be able to reduce the risk of getting blood cancer."

The researchers say the studies also indicate that both preventive measures for those at higher risk of developing cancer and treatments for those who have already been diagnosed could potentially be improved by addressing chronic "bad" inflammation while maintaining the immune system's ability to function.

"We don't want to limit someone's risk of getting leukemia and at the same time increase their risk of dying from an infection," DeGregori says. "But the more we learn about it, the better we might get at finding that happy balance."