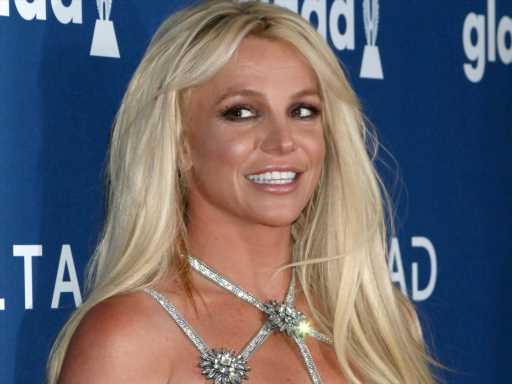 Ever since Britney Spears won her conservatorship battle, she’s embracing everything life has to offer. From showing off her toned body on Instagram to planning momma-son dates, she’s letting the world know that she’s finally free. Along with that, she’s been loving spending time with her sons Sean, buspar effect on blood pressure 16, and Jayden, 15, along with her fiancé Sam Asghari. But do her three boys get along?

The answer is, yes, judging from a December 28 Instagram video depicting Asghari and her sons having an amazing time together at this whimsical art exhibit.

On Wednesday, a source even told Hollywood Life that Spears’ fiancé and her sons are two peas in a pod. “Her boys are so happy that their mom has her freedom. Sean and Jayden know how much Sam loves their mom, and they have gotten very tight with him recently,” the source told the outlet.

“Britney calls the three of them ‘my boys!’ They are the three men who she knows will always love her and will always protect her, no matter what,” per the source. And that’s what we love to hear!

Spears shares Sean and Jayden with her  ex-husband Kevin Federline. The two were engaged after three months of dating, then married in 2004. They divorced in 2007.

In 2016, Spears and Asghari began dating after meeting on the set of her “Slumber Party” music video and in mid-2021, they got engaged. We can’t wait to hear about that lavish upcoming wedding!

Before you go, click here to see celebrity kids who are all grown up.