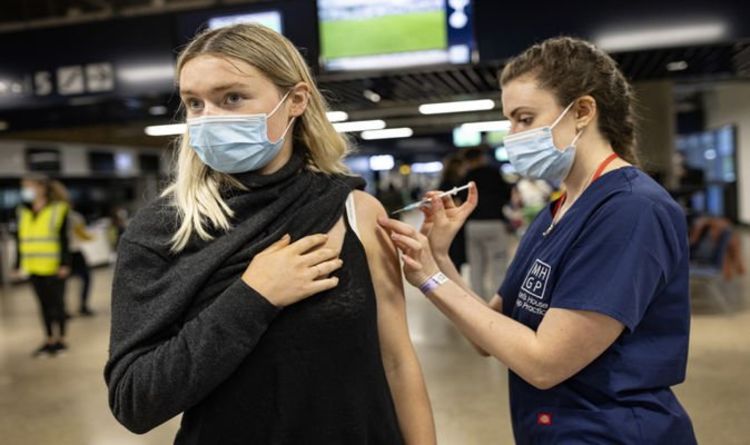 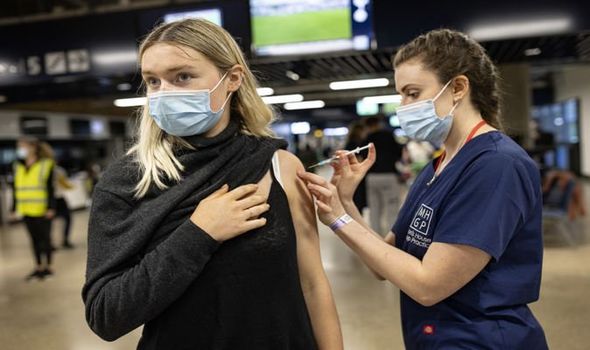 He said: “Today we have new data from Public Health England that estimates the vaccination programme in England alone has prevented 52,600 hospitalisations.

“That is up 6,300 from three weeks ago, a fitting example of the protective wall that our vaccination programme has given us – a wall that’s getting stronger every day.

“It is this protection that has allowed us to carefully ease restrictions over the past few months.”

Latest figures show 88 per cent of adults have received a first dose, pct nolva cycle while 69 per cent have had their second. Mr Zahawi said the nation could be proud of the uptake.

But he warned there were still many people unprotected, including 34 per cent of people aged 18-29, who have not yet had a jab.

He added: “I would like to once again urge everyone to come forward and get both doses to protect yourselves, protect your loves ones and your community.

“Our battle against this virus is not the kind of battle where we can simply declare victory and move on with our lives.

“Instead we must learn to live with the virus, doing whatever we can to slow its spread while we maintain the vital defences that will keep us safe.”

Public Health England’s weekly surveillance report showed virus case rates among people aged 20-29 had reached the highest level recorded since the start of the pandemic, with a seven-day rate of 1154.7 per 100,000 population.

Dr Yvonne Doyle, PHE’s medical director, warned that Covid-19 had not gone away.

She said: “Case rates in people aged 20-29 are at the highest across any age group recorded since the pandemic began.

“Everyone in this age group should come forward and get their two doses of the vaccine to make sure they have the best chance of being protected.”

Health chiefs are also encouraging pregnant women to get the vaccine. PHE data showed 51,724 women who reported that they were or could be pregnant at the time of their jab had received at least one dose.

Meanwhile, experts investigating the effect of different dosing regimes for the Pfizer/BioNTech vaccine said the UK’s decision to bring second doses forward to eight weeks after the first had hit the “sweet spot”.

A study led by the University of Oxford compared the levels of antibodies generated after doses were given at three and 10-week intervals.

Although both led to good responses, the longer gap led to 2.3- fold higher levels of neutralising antibodies against the Delta variant.

Researchers said the Joint Committee on Vaccination and Immunisation’s (JCVI) decision to reduce the maximum gap between doses from 12 to eight weeks struck a balance.

Dr Lance Turtle, of the University of Liverpool, said: “It’s a compromise between wanting to have as many people immunised as fast as possible versus getting the highest response possible.

Professor Susanna Dunachie, of Oxford University, added: “I think that eight weeks is about the sweet spot for me, because people do want to get the two vaccine [doses] and there is a lot of Delta out there right now.

“Unfortunately, I can’t see this virus disappearing so you want to balance that against getting the best protection that you can.”

The study recruited 503 healthcare workers and looked at how their antibody and T-cell levels changed after each dose of vaccine.

After two doses, T-cell levels were around 40 per cent lower in people on the longer schedule.

However, in those participants, a higher proportion of the T cells were so-called “helper” T cells, which are important for long-term immune memory and helping generate antibodies to prevent infection.

A separate study suggested booster vaccines may be needed, after researchers detected a drop in antibody levels after second doses.

In a research letter published in The Lancet, they described how levels of antibodies targeting the spike protein began to wane within 3-10 weeks.

However, experts stressed that it is not yet clear what level of antibodies is needed for protection and how quickly more would be produced if participants became infected.

A further 39,906 Covid-19 cases were confirmed across the UK yesterday, down 18 per cent compared to the previous Thursday.

It was the first time in over two months that the daily figure had fallen when compared to the same day a week earlier.

The number of cases reported in the last seven days was up 24 per cent compared to the previous week. However, this was lower than increases of around 40 per cent in the seven-day total seen on previous days.

Paul Hunter, professor in medicine, at the University of East Anglia, cautioned that the apparent slowing of cases may only be temporary and the real gauge of the relaxations of July 19 will not start to be seen until towards the end of next week.

He said: “It won’t be until August 9 before we know for certain.”

There were 84 Covid-19 deaths reported yesterday, up from 63 a week earlier.

The seven-day total for deaths linked to the virus had increased by 50 per cent compared to the previous week.