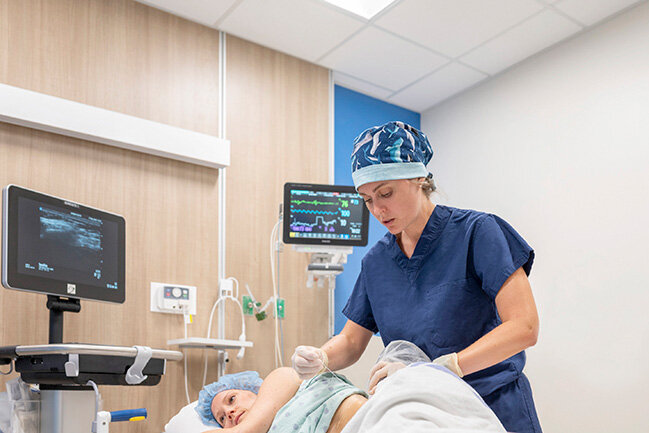 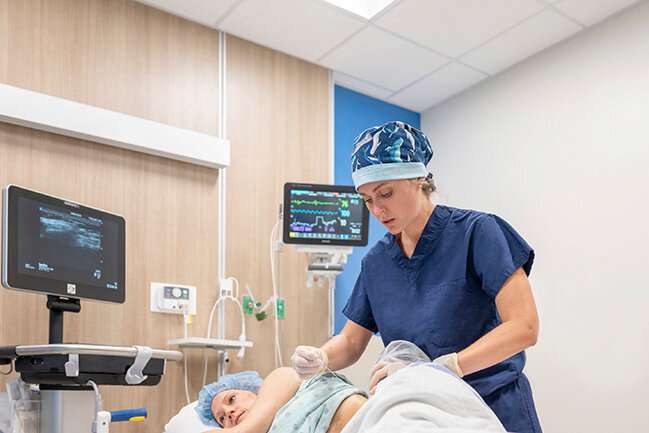 Sharing gifts is a favorite way to sustain connection across peoples and cultures worldwide, but with bone marrow donation the gift-giving act is accompanied by uncomfortable side effects to the donor, making it a truly selfless expression of kindness. Recognizing this good will and wanting to improve the donor experience, Nicole McCoy, M.D., tác d ng c a thu c ofloxacin 200mg an anesthesiologist at the Medical University of South Carolina (MUSC), started looking for a new way to manage pain during and after the harvest procedure.

In a recent article published in Frontiers in Medicine, she and her colleagues describe a pain control method that has revolutionized the experience for donors and slashed the need for opioids.

Bone marrow transplant can be a lifesaver for patients with cancers like leukemia or lymphoma or for people with certain blood or immune system diseases, but it still relies on collection of stem cells from the patient or a donor, either related or unrelated.

And while stem cells can be collected from the blood or the bone marrow, oncologists may prefer the bone marrow option because it decreases the risk of a dangerous complication called graft-versus-host disease.

McCoy and her colleagues believed that improved pain management would mean a better experience for donors and might lead to more willingness to donate among other people who were previously fearful of the pain.

This fear was not unwarranted before, as the donation process could indeed cause significant pain. Bone marrow is harvested by targeting the richest area for bone marrow in the body: the back portion of the pelvic region or hip bones. A physician inserts a needle through the skin and then into the bone to harvest the bone marrow, which is full of stem cells and red blood cells. But to gather enough stem cells, the needle must pull from different locations in the bone, requiring up to 50 punctures on each side.

In their study, McCoy and her team took a regional anesthesia technique called a quadratus lumborum block, or QL block, and applied it to their bone marrow harvest procedure. Before patients underwent anesthesia for the donation procedure, an anesthesiologist performed the QL block by injecting an anesthetic into both sides of the lower back or rib area, using ultrasound to guide the needle to the correct location.

To use the technique for stem cell harvest, McCoy needed to determine if the medicine would reach the site of bone marrow collection, the posterior iliac crest, as this had not been documented before. But with reports of adequate coverage in a nearby area for lumbar laminectomy, she believed that the medication’s effects would extend far enough.

She and her team carefully chose their first patient and mapped out a pilot procedure that would use the QL block for pain management as well as a multipronged approach to IV medication, and they had a full pain rescue plan in case it was needed.

“She ended up doing great,” said McCoy. “The QL block worked so well that none of the contingency plans were ever needed.”

Michelle Hudspeth, M.D., the director of blood and marrow transplants at MUSC, worked with McCoy and her colleagues to develop the new pain protocol, and she attributes the success of the study to a strong collaborative spirit.

“As an oncologist and a transplant physician, I’m an expert on the harvest procedure, but I’m not in the OR every day,” Hudspeth said. “And the people who do work in the OR every day, they’re the experts in that environment. So, we’ve got to work together, and at the end of the day, it’s the patients who benefit.”

McCoy and her team refined and trialed their method on 13 patients, and they used data from 19 previous donors who had undergone standard anesthetic practices for comparison. They monitored vital signs during the donation procedure and kept track of opioid use between the two patient populations.

The decrease in opioid use was dramatic: Among the 13 patients who underwent the new protocol, only three needed any opioid medication at all. And even for those three the usage levels were significantly lower than the levels seen with the previous protocol. Overall, the number of patients who received any opioids decreased from 84% to 23%.

McCoy also saw marked changes while patients were under anesthesia. As an anesthesiologist, McCoy monitors patients during the harvest procedure, and she looks for large spikes in the heart rate or blood pressure that indicate pain and the need for further medication even though the patient is asleep. But with the new procedure incorporating the QL block, she no longer saw spikes in vital signs.

“We saw a decrease in the need for narcotics or opioids during the procedure because we simply didn’t see the heart rate spikes and blood pressure spikes anymore,” said McCoy. “It’s very obvious that the patients are stable and there is good pain control while they’re having their procedure done.”

And patients were much more comfortable in the recovery room and at home in the day or two after the procedure. The effects of the QL block last 24 to 48 hours, so the acute pain from the procedure was managed well even after patients left the hospital. And almost no patients needed to take opioid pain relievers during their recovery.

Stacey Warneke is a nurse coordinator at MUSC who educates and informs donors before the procedure and follows up with them after the procedure. She said that the difference in her patients has been like night and day.

“This has really changed the way that I educate donors,” Warneke said. “Any time we recruit new donors, whether they are related to patients or signing up for the unrelated registry, the first thing they always ask is, ‘Doesn’t this hurt a lot?’ And now I can say to them, ‘Well, it used to, but we’ve changed a lot of things and it’s gotten a lot better over the years.'”

She also saw a dramatic difference during follow-up. Before the QL block was implemented, donors were feeling a lot of pain in the days following the procedure.

“It was all they could focus on, and they would call for more prescriptions for pain medications,” Warneke said. “Now we give very few pain pills, and they end up typically not even taking them.”

Warneke hasn’t had anyone request an opioid refill since the beginning of the new protocol, and many of her patients tell her that they would donate again.

With pain control providing such a respite to bone marrow donors, Hudspeth has high hopes for the future of the field.

“What we really hope is that this will change the way that we manage and take care of donors throughout the United States,” she said. “For me, bone marrow donation signifies the very best of humanity, so to be able to elevate that patient experience is incredibly rewarding.”