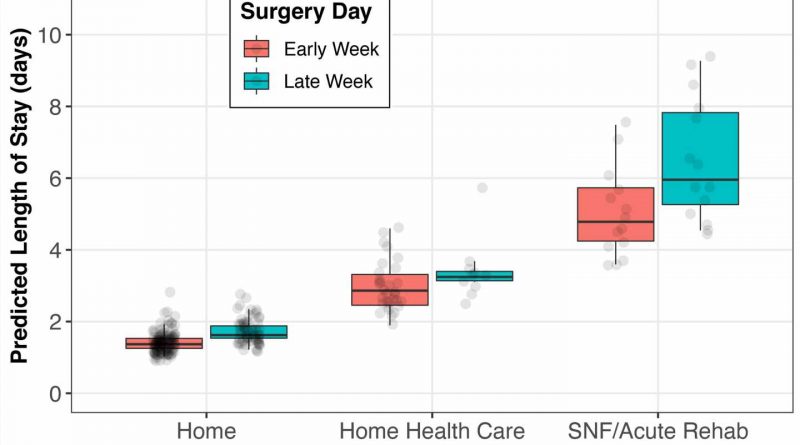 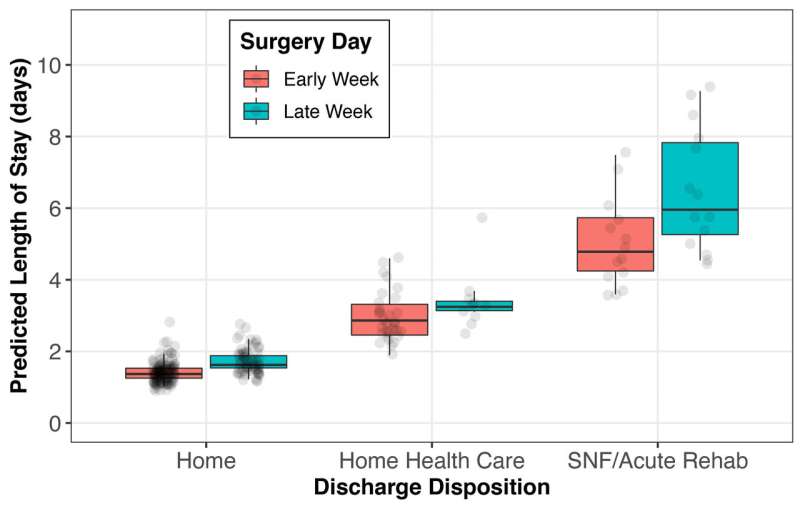 New research by a team from the Cleveland Clinic and the London School of Economics and Political Science (LSE) has determined that surgeries performed late in the workweek, and those culminating in discharge to a specialty care facility, buy generic lipitor canadian pharmacy no prescription are associated with higher costs and unnecessarily longer stays in the hospital following a common elective spine surgery.

Sebastian Salas-Vega, Ph.D., and colleagues retrospectively reviewed the data for all adult patients who underwent elective lumbar laminectomy over a nearly three-year period at any Ohio hospital included within the Cleveland Clinic system. The laminectomies were performed for degenerative stenosis of the lower spine and included both open and minimally invasive procedures. The surgeries were performed to release pressure on spinal nerves at one or more sites in the lumbar spine, reducing patients’ pain and improving their neurological function.

Following surgery, recuperation in the hospital over several days can be very expensive and, in some cases, unnecessary. In efforts to curb expenses, shortening the hospital length of stay is paramount—as long as it is clinically justified and does not negatively impact patient outcomes.

The authors’ goal in this study was to distinguish between clinical and nonclinical factors that drive the length of a patient’s stay in the hospital for this common spine procedure and to understand the relationships between these factors and both patient outcomes and hospital costs. The findings can be found in a new article, “Late-week surgery and discharge to specialty care associated with higher costs and longer lengths of stay after elective lumbar laminectomy,” published today in the Journal of Neurosurgery: Spine.

Using generalized linear modeling, the researchers assessed relationships between the day of the week when surgery was performed and the length of hospital stay (LOS) and patient discharge to specialized care, while making adjustments for underlying patient health risks and other non-clinical factors, including health insurance and the facility where the surgery was performed.

The researchers found that patients’ mean LOS varied according to what day of the workweek the surgery was performed: 2.01 days on Monday, 2.04 days on Tuesday, 2.16 days on Wednesday, 2.64 days on Thursday, and 2.47 days on Friday. For patients treated on Thursdays or Fridays, the mean LOS was approximately 20% to 30% longer than that for patients treated on Mondays or Tuesdays.

The association between surgery performed late in the week (Thursday or Friday) and a prolonged LOS was apparent regardless of the extent of patients’ comorbidities or the occurrence of postoperative complications. These findings also “persisted even after adjusting for patient demographics, … hospital surgery site, and insurance.”

The paper reveals that total costs of care also vary according to when surgery is performed, with surgical costs being about 20% higher for patients who undergo surgery on Friday than for patients treated on Monday. Among patients who are later discharged to specialized care facilities, the costs are 24% higher for those treated late in the week than for those treated earlier. The trend for higher costs among patients treated late in the week is also observed across all health insurance groups (private/commercial, Medicare, Medicaid, and so forth), pointing to potential cost savings irrespective of insurer.

The researchers suggest that costs and lengths of hospital stay could be lowered by improving the surgical scheduling process and care coordination. They believe that predictive analytics could, for instance, assist in identifying which patients might be more likely to require specialty care after hospital discharge. Surgeries for those patients could then be scheduled earlier in the week, helping to avoid weekend discharge and resulting in shorter lengths of stay and lower costs to patients, insurers, and healthcare providers.