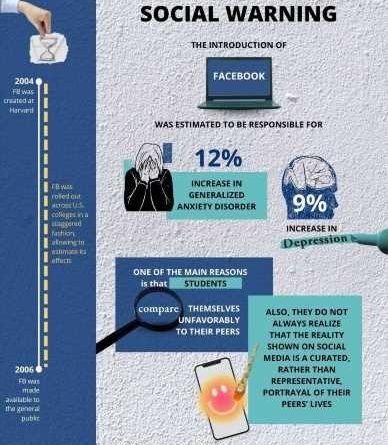 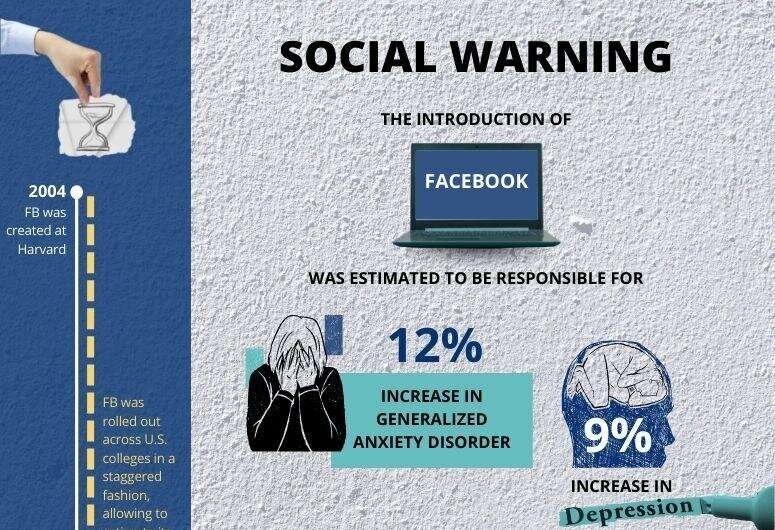 The introduction of Facebook in American colleges led to a 9% increase in depression and a 12% increase in generalized anxiety disorder among students, according to a study by Luca Braghieri and colleagues. The likely cause: unfavorable social comparisons.

Luca Braghieri (Bocconi Department of Decision Sciences) observed a causal effect from the use of Facebook to the deterioration of young people’s mental health, in a paper with Ro’ee Levy (Tel Aviv University) and Alexey Makarin (MIT Sloan School of Management), forthcoming in American Economic Review.

Other scholars had already noticed that, as social media started gaining popularity in the mid-2000s, eurax l the mental health of adolescents and young adults in the United States began to worsen, but causation hadn’t yet been detected.

Facebook was created at Harvard in February 2004, but it was only made available to the general public in September 2006. Between February 2004 and September 2006, Facebook was rolled out across U.S. colleges in a staggered fashion. Using a dataset with the dates in which Facebook was introduced at 775 U.S. colleges and the answers to seventeen consecutive waves of the National College Health Assessment (NCHA), a comprehensive survey about student mental and physical health, the authors estimated an average trend of mental health issues in American colleges and observed how students at each college departed from this trend after the introduction of Facebook.

Braghieri, Levy, and Makarin estimated that Facebook was responsible for a 9% increase in depression and a 12% increase in generalized anxiety disorder. Facebook, according to such estimates, can be considered the cause of almost a quarter of the increase in cases of severe depression recorded between 2000 and 2019 among American college students.

“Just to put things in perspective,” Braghieri said, “such an effect equals around 20% of the effect of job loss due to symptoms of poor mental health.”

In the short-to-medium run, the negative effects of Facebook on mental health were found to increase with length of exposure to the platform.

Additional evidence suggests that the mechanism that leads from Facebook use to worse mental health is the increase in unfavorable (and sometimes misleading) social comparisons. The effects are particularly pronounced for students who might already view themselves as comparing unfavorably to their peers, such as students who live off-campus—and therefore are more likely to be excluded from on-campus social activities—students of lower socioeconomic status, and students not belonging to fraternities/sororities.