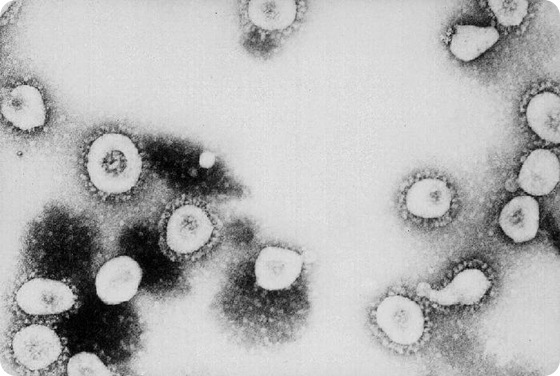 SARS or Severe Acute Respiratory Syndrome is a viral respiratory illness caused by a coronavirus – the SARS associated coronavirus (SARS-CoV) – which can be life-threatening.

Coronaviruses are a group of viruses that have a halo or crown-like (corona) appearance when viewed under a microscope and are a common cause of mild to moderate upper-respiratory illness in humans and can cause severe disease in animals where they can cause respiratory, gastrointestinal, doxycycline substitutes liver and neurologic disease – coronaviruses have also sometimes been linked to pneumonia in humans, especially those with weakened immune systems.

The SARS-CoV virus may survive in the environment for several days depending on a number of factors such as the type of material or body fluid containing the virus and various environmental conditions such as temperature or humidity.

SARS first appeared in Southern China in November 2002 then surfaced again in Asia in February 2003, from there it spread very quickly to 29 other countries in North America, South America, Europe, and Asia before the global outbreak was contained.

According to the World Health Organization (WHO), during the 2003 SARS outbreak a total of 8,098 people worldwide were sickened with SARS and 774 died – the overall case fatality rate was approximately 10% and was highest (50%) in those over 60 years of age.

A global conference on SARS sponsored by the WHO in Malaysia in June 2003 gathered together over 900 participants from 441 countries to discuss the situation – views and information on clinical, laboratory and epidemiological experiences were exchanged on how to best to contain the SARS epidemic.

A review by scientific experts identified key priorities for the future on how SARS could be eradicated, the effectiveness of control measures and alert and response systems; scientific knowledge of SARS, diagnostic tests, and the epidemiology of the disease was reviewed and the clinical diagnosis and management of SARS discussed.

Efforts to develop a vaccine were also discussed and the role of animals in the emergence of SARS along with the possible existence of an animal reservoir. The part played by environmental factors in the transmission cycle, and the psychological impact of SARS were also considered.

By establishing three networks of virologists, clinicians, and epidemiologists, the causative agent for SARS was conclusively identified and this led to new knowledge about the disease, practical guidelines, recommended control measures and the rapid communication of information. It was found that the refinement of control strategies and their effective implementation including patient isolation, infection control, contact tracing, proper management of contacts, and restrictions on travel, proved effective in all affected countries, despite the diversity of health systems involved and differences in the severity and epidemiological characteristics of the outbreaks. It was also realised that when an infectious disease became the focus of considerable public and political concern rapid improvements in health systems, including many innovations, could be achieved.

Priorities for improving response included the development of contingency plans, better mechanisms for coordination, much greater surge capacity at global, regional, and national levels, and strengthened laboratory capacity and systems for information technology. Communication of information to the general public and the media was singled out as another component of an effective response where information is communicated in a transparent, accurate and timely manner.

SARS had demonstrated the need for better risk communication as a component of outbreak control and a strategy for reducing the health, economic, and psychosocial impact of major infectious disease events.

In general, SARS begins with a high fever (temperature greater than 100.4°F [>38.0°C]). Other symptoms may include headache, an overall feeling of discomfort, and body aches. Some people also have mild respiratory symptoms at the outset. About 10 percent to 20 percent of patients have diarrhea. After 2 to 7 days, SARS patients may develop a dry cough. Most patients develop pneumonia.