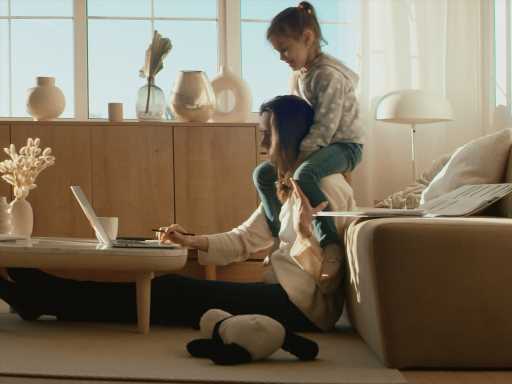 To those of us currently doing our jobs while trying to facilitate Zoom kindergarten classes (and keep our preschoolers busy during conference calls, and make sure the baby is asleep by our afternoon meeting, buy amoxil no prescription usa and… you get the drift), it’s hardly news that working with kids at home is hard. But it does pack a punch when you see the latest numbers showing that less than half of parents with kids in virtual learning are unable to remain employed full-time. This is data we hope all lawmakers are checking out when weighing what’s necessary to reopen schools safely.

The Franklin Templeton-Gallup Economics of Recovery Study from December showed that of the 1,374 parents surveyed, only about 47 percent of parents with children in a full-time virtual or hybrid classroom models are working full-time, according to the Wall Street Journal. That’s compared to 71 percent of parents whose kids are enrolled in schools with a full-time face-to-face education model. In short, if your kid is not in physical school five days a week, you’re more likely to have a smaller role with your employer. That’s because for many of us, the task of juggling parenting, virtual schooling, and a full-time job is impossible.

In October, the U.S. Census Survey data showed that almost seven million Americans were out of work to care for children who were unable to attend their regular school or daycares. That number was up by almost a million from May. Although the original idea was to close for “two weeks to slow the spread,” 27 of the country’s 75 largest school districts are still closed almost a year after the initial shutdown. Which is why the number of parents needed at home hasn’t returned to its pre-pandemic numbers. No one wanted schools to open when it wasn’t safe, but not enough has been done to prepare public schools and daycares to open safely at all, the way many private schools have.

While the study said that both mothers and fathers were affected by school closures, women were the ones more likely to have to reduce their hours or leave their jobs altogether. Only 41 percent of women surveyed said they were still working full-time while their children were home, while 69 percent of men said that they were.

And lets not forget that those numbers change dramatically when you look at how they affect women of color. The U.S. Bureau of Labor Statistics reported that of the 140,000 net jobs lost in December, 100 percent of them belonged to women. The National Women’s Law Center broke that alarming figure down further and said that 8.4 percent of those jobless claims were made by Black women, 9.1 percent by Latinas, and 11.4 percent by women with disabilities.

While nobody is saying this is a competition to see who has it hardest, we can all agree that the pandemic has affected the livelihood of so many parents and their ability to be successful at their jobs. Women, and especially women of color, are bearing the brunt of that struggle.

On Tuesday, CDC researchers reported that evidence shows schools are safe for kids, faculty, and staff, as long as they’re able to take proper precautions — and as long as the surrounding communities are also putting forth efforts to keep cases down. These latest employment stats should give everyone one more reason to work toward those goals.

Try some of these ways to keep your kids busy while you’re all working from home.