Home » Wellness » Effect of Sleep on Your Emotions 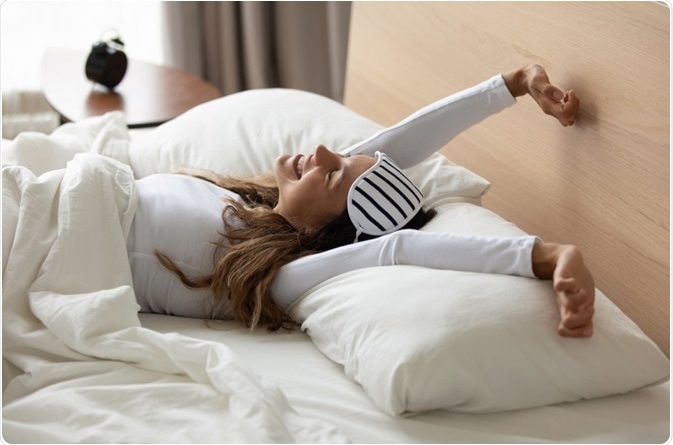 Sleep plays a key role in human function and cognition, affecting learning, memory, physical recovery, metabolism, and immunity. The functional role of sleep is well documented across species, and more recently, research has revealed the function of sleep in regulating emotion. The relationship between the two is reciprocal; sleep is crucial for mental and physical health while regulating emotion plays a vital role in decreasing the detrimental effects of emotional stress on sleep physiology. 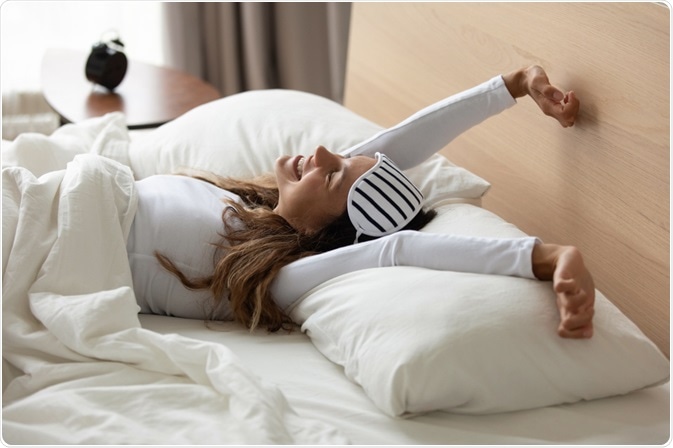 How does sleep affect the processing positive and negative stimuli?

It is widely accepted that sleep is strongly implicated in the processing of daily stresses and emotions. Scientific literature has shown how sleep appears essential to our ability to cope with emotional stress in everyday life. Sleep loss and insomnia have been found to affect emotional reactivity and socialization. The effect of sleep has been well documented at various levels of function, such as on the psychomotor, sensory-motor, and cognitive levels; however, the emotional effects are less descriptive.

However, in general, the reaction to negative emotion has been documented to be significantly enhanced, while reactions to positive events are often subdued. A sleep deprivation study found that the response to positive stimuli was faster relative to the response elicited from negative and neutral stimuli. Other studies have corroborated this, showing that sleep loss increases subjective reports of stress, anxiety, and anger in response to low-stress situations and increases impulsivity towards negative stimuli. Notably, impulsivity is correlated with aggressive behavior – a tendency associated with sleep deprivation.

In another sleep deprivation study, 33 participants were subject to repeated functional magnetic resonance imaging (fMRI) sessions to determine the effect of 42 hours of sleep deprivation and after sleep recovery on brain responses and circadian rhythm in 33 healthy participants. The results showed participants' feelings of emotional distress (negative affect) remained comparatively stable during the first day, later significantly worsening after the first and second melatonin onsets in their circadian rhythm, which signals sleep.

The disruption or deprivation of sleep is both a symptom and a risk factor for several psychiatric disorders. In studies with children and young adults, insufficient sleep has increased incidents of confusion, anger, and depression alongside feelings of irritability, aggression, and frustration. This occurred in even as little as one night of sleep deprivation; subjects saw an increase in psychopathology schools for anxiety, depression, and paranoia. In this same research group, sleep deprivation was associated with a decreased ability to accept blame.

How sleep affects your emotions | Sleeping with Science, a TED series

The long term effects of sleep deprivation on mental health

Sleep disturbances impede a sense of well-being and may affect the development and prognostic outcomes of affective disorders like depression. Since both rapid eye movement (REM) and non-REM (NREM) sleep help modulate emotional and motivational drives, these two sleep phases allow greater emotional capacity and adaptiveness during wakefulness. Healthy sleep repairs functional brain activity and adaptive processing. The integrity of the medial prefrontal cortex-amygdala connections is important in emotion regulation processes. Indeed, one night of sleep deprivation triggers a 60% amplification in the amygdala's reactivity to emotionally negative pictures relative to a normal night of sleep.

Another main aspect of regulation is the regulatory action of the hormone cortisol, which is involved in the control of stress and reactivity against emotions. Melatonin, which can regulate the reaction of cortisol, is a source of circadian disturbance and explains the change in emotional reactivity and alteration of the circadian cycle as a result of sleep deprivation – which is a source of emotional dysregulation.

As well as the exacerbation of emotional reactivity and responses to fear, sleep can create a negative outlook and increased levels of anxiety. Collectively, research demonstrates that sleep deprivation increases worry about future events, particularly if subjects are predisposed to anxiety in general. In one such study, sleep deprivation was found to increase anticipatory anxiety. Brain scans of 18 healthy young adults observing images containing emotionally disturbing or emotionally neutral content were used to trigger anticipatory anxiety. Ahead of viewing these images, subjects, when well-rested and subsequently sleep-deprived, were given visual cues before each series of images to convey the emotion to be elicited (neutral, negative, or either). Brain activity in response to the anticipatory signal was greater when the participants were sleep-deprived relative to the well-rested state, and this was pronounced in response to participants waiting in suspenseful anticipation. These responses were found to be particularly pronounced in the amygdala and the insular cortex. This was particularly amplified in subjects who were reported to be innately anxious. Explanations for this difference are attributed to changes in the amygdala, the emotional control center. Here, sleep-deprived participants show a 60% higher level of activity in this area relative to the well-rested state. Moreover, sleep deprivation has been found to disrupt the connection between the amygdala and the medial prefrontal cortex – this area regulates the amygdala function. Sleep deprivation causes the amygdala to overreact to negative stimuli as it becomes disconnected from brain areas that normally moderate its responses.

Sleep loss is also associated with reduced empathy and emotional recognition; therefore, poor sleep may reduce understanding between partners in a relationship, increasing the potential for conflict. Reduced empathy and empathic accuracy are also associated with increased levels of miscommunication and increased propensity to retaliate during conflict. These effects are linked to another finding; just one night of sleep loss impairs problem-solving, exacerbating an inability to resolve conflict.

Sleep loss compromises optimal effective functioning, affecting emotion generation the ability to regulate emotions and express them. The consensus is that getting an adequate amount of sleep each night promotes improved mood and health.