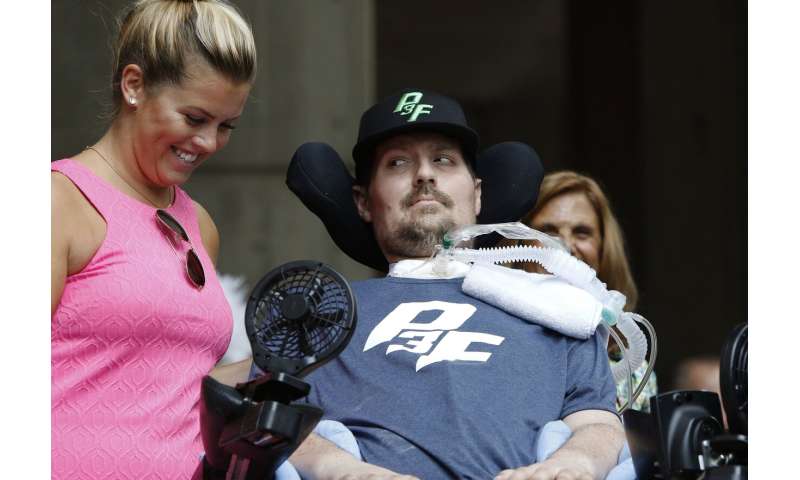 Frates died peacefully, surrounded by his family, they said in a statement.

“A natural born leader and the ultimate teammate, Pete was a role model for all, especially young athletes, who looked up to him for his bravery and unwavering positive spirit in the face of adversity,” the family said. “He was a noble fighter who inspired us all to use our talents and strengths in the service of others.”

The ice bucket challenge began in 2014 when pro golfer Chris Kennedy challenged his wife’s cousin Jeanette Senerchia, whose husband has ALS, also known as Lou Gehrig’s disease after the New York Yankees great who suffered from it.

ALS patient Pat Quinn, of Yonkers, New York, picked up on it and started its spread, but when Frates and his family got involved, the phenomenon exploded on social media.

The process was simple: Take a bucket of ice water, dump it over your head, post a video on social media and challenge others to do the same or make a donation to charity. Most people did both. 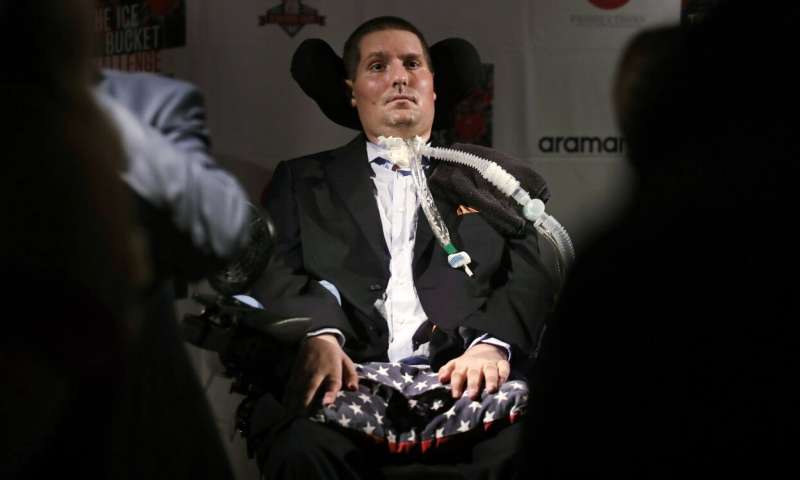 “The ALS ice bucket challenge represents all that’s great about this country—it’s about fun, friends, family, and it makes a difference to all of us living with ALS,” Frates said at the time.

The challenge has raised about $220 million worldwide, including $115 million alone for the Washington-based ALS Association.

Lou Gehrig’s disease, also known as amyotrophic lateral sclerosis or motor neuron disease, is a progressive neurodegenerative disease that leads to paralysis due to the death of motor neurons in the spinal cord and brain. There is no known cure.

Frates, a native of Beverly in the Boston suburbs, was a three-sport athlete at St. John’s Prep in nearby Danvers. He went on to play baseball at Boston College. He played professionally in Germany after graduation and in amateur leagues upon his return to the U.S.

He was playing for the Lexington Blue Sox in 2011 when he got hit on the wrist by a pitch and noticed that it wasn’t healing properly. After months of testing, Frates was diagnosed with ALS in 2012. 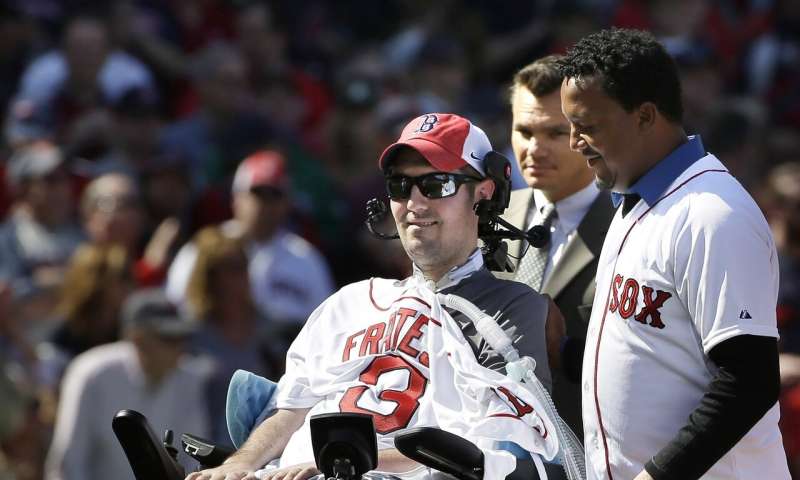 “The man upstairs has a plan for me,” he told The Salem News in 2012. “I’m not having too many issues with this, mentally. This is the hand I’ve been dealt and I’ve made my peace with it. There are people out there that don’t have my support system or my advantages, and I want to help them.”

As the disease progressed, he became paralyzed and had to use a wheelchair, lost the ability to talk and had to be fed through a tube.

With the help of funds raised by the ice bucket challenge, significant investments in research on the causes of and potential treatments for ALS have been made. Dozens of research institutions around the world have benefited from the money raised.

The ice bucket challenge has also been used to raise awareness for other charitable causes. 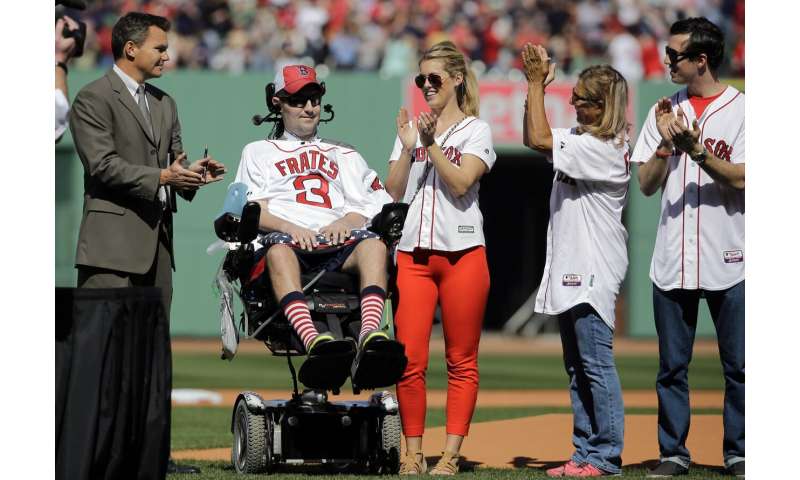 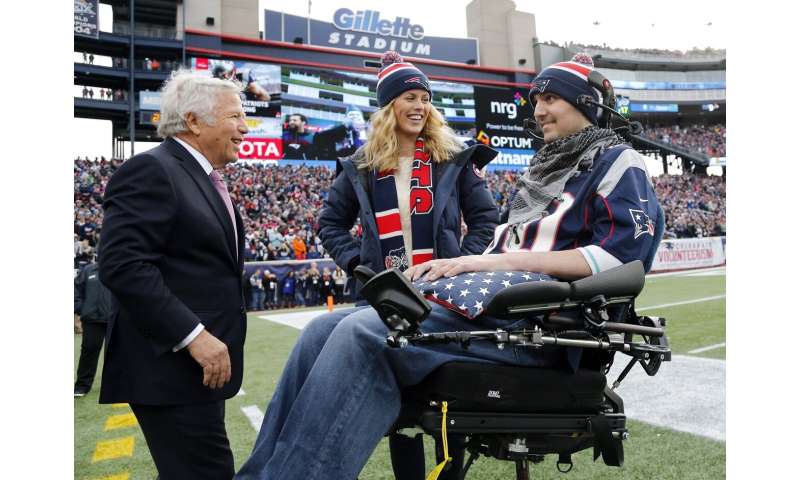 “When I was a young kid, we were worried about polio. When Magic Johnson got AIDS, it was a death sentence. If we get money flowing into ALS, things will get better,” he told The Salem News. “Hopefully, Pete can be that spokesman that sparks that.”

The death was announced just hours after Major League Baseball displayed Frates’ BC baseball cap at a news conference to announce a charity auction to benefit ALS research. ESPN announcer Jon Sciambi said Nancy and John Frates wanted to be at the winter meetings in San Diego for the announcement but stayed home to take care of Pete. “Pete continues to fight strong and inspire everyone today,” Sciambi said. “I wish Pete could be here, and, Pete, if you’re watching, we love you. Keep fighting, pal.”

Frates maintained close ties to his alma mater. The school will name a new 31,000-square-foot baseball and softball training center scheduled to open next summer the Pete Frates Center.

Frates is survived by his wife, Julie; daughter Lucy; parents John and Nancy; and siblings Andrew and Jennifer.