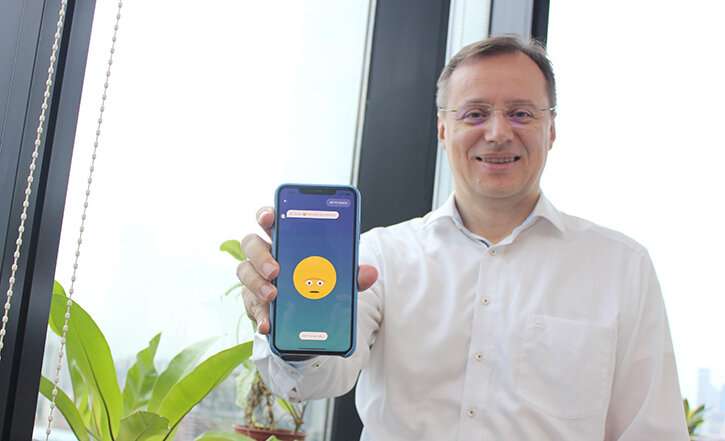 Most (93 percent) mobile apps for suicide prevention and depression management do not provide all the six suicide prevention strategies that are commonly recommended in international clinical guidelines, a study led by Nanyang Technological University, Singapore (NTU Singapore) has found.

International guidelines from the U.K., U.S. and the World Health Organisation (WHO) recommend six evidence-based strategies for preventing suicide: the tracking of mood and suicidal thoughts, development of a safety plan, recommendation of activities to deter suicidal thoughts, information and educational articles on signs of suicidality, access to support networks, and emergency counseling.

The majority of the apps surveyed in the study provided emergency contact information and direct access to a crisis helpline but the team led by Associate Professor Josip Car from the Lee Kong Chian School of Medicine (LKCMedicine) at NTU Singapore found that less than one in ten provided the full set of strategies for suicide prevention.

Incorrect emergency telephone numbers were found in several apps available worldwide. Among the apps providing incorrect information were two that had been downloaded more than one million times each.

“Some patients may feel more at ease discussing their mental condition online than in person,” said Assoc Prof Car, who is Director of NTU’s Centre for Population Health Sciences. “They also consider the internet accessible, affordable and convenient. With the high rates of smartphone use around the world, health apps can be a crucial addition in the way users manage their health and wellbeing on a global scale.”

“However, for this to become a reality, health app development and release should follow a transparent, evidence-based model,” added Assoc Prof Car, who also leads NTU’s WHO Collaborating Centre for Digital Health and Health Education.

The study, published online in the journal BMC Medicine today, highlights the need for responsible design and creation of guidelines for apps that could have great impact on people’s lives.

How the study was done

There are about 318,000 healthcare apps globally today on the Apple App store and Google Play, of which more than 10,000 are mental health apps. But even as digital mental health interventions seem to offer a promising alternative to in-person visits, according to researchers, very few apps available in the app stores have been evaluated in clinical trials or by regulatory bodies.

In this study, the NTU-led team looked at 69 apps sourced through a systematic search on Apple’s App Store and Google Play. 20 were depression management apps and 46 suicide prevention apps. Of the 69, 3 apps covered both conditions. The apps were identified based on keywords used to describe them and selected through a set of criteria including the stated target users, and provision of advice to prevent suicide attempts. The researchers then assessed the apps against the clinical strategies stated in the international guidelines, using a series of 50 criteria-based questions.

Referring to examples of apps in the study that offered the full set of strategies, Dr. Daniel Fung, Chairman of the Medical Board at Singapore’s Institute of Mental Health, who was not part of the research team, said, “It is possible to develop support in an automated system that can be stratified to deliver both offline and live help through a combination of applications and human intervention. This review is important to help policy makers develop a technology-based support system to help people in crisis.”

“As suicide is a complex and multi-faceted issue, intervention should not be replaced by mobile applications but rather, act as a complement to the existing pool of resources,” Ms Wong said.

“The findings in the study raised the worrying issue of inaccurate information and the lack of quality assurance for apps that are accessible to the general public. It is vital that mobile application developers ensure the information in their apps is kept up-to-date.”