Home » Wellness » Why is the Rabies CFR So High?

The word rabies stirs up fears of a horrible death, though today this is mostly due to stories from the past than current experience, mercifully. Caused by the rabies virus, the disease is known to occur in over 150 countries. 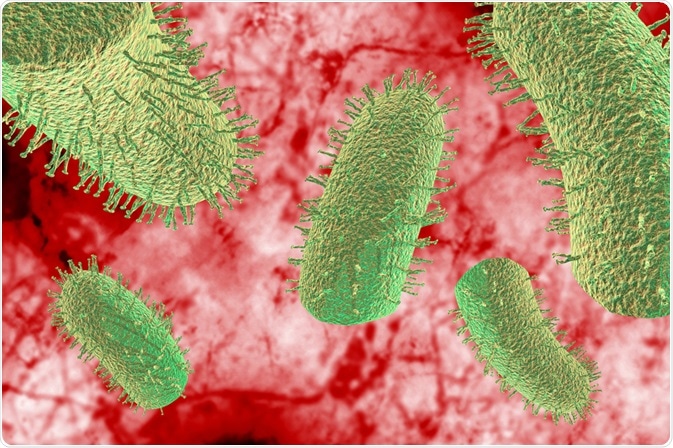 Most rabies in humans is transmitted by the saliva of dogs, through a bite or nip that breaks the skin. In fact, 99 of every 100 cases in humans is estimated to occur this way. Thus, breaking the transmission chain can be achieved by vaccinating dogs against the disease, and preventing dog bites.

Rabies is responsible for over 55,000 deaths every year, worldwide, mostly in remote and rural areas of developing regions. While Asia, Latin America, and Africa see most of these fatal events, rabies deaths are uncommon in the USA.

In the USA, stray dogs are not tolerated and pet dogs are mandatorily vaccinated against rabies, among other illnesses. In most countries within the above-named regions, dogs continue to cause rabies.

Not only are the chances of being bitten high in these regions, but the ability to access treatment in a timely and adequate fashion is very low. Rabies vaccines may not be routinely available in the rural settings where most exposure happens, and rabies immunoglobulins, required for category III bites, is almost always unavailable. This contributes markedly to the high mortality rate, as the highly protective rabies vaccine is often not available in these resource-poor locations.

Unfortunately, the development of symptoms is a harbinger of a fatal outcome. For this reason, all bites by dogs, cats, foxes, raccoons, bats, skunks, and almost any carnivore, except for rodents, should be washed immediately with plenty of soap and water.

Further steps should be taken after urgent consultation with a medical professional, depending on the local risk level and the type of animal, as well as its health status.

Rabies affects nerve cells almost exclusively, and it is the ability to invade the central nervous system that defines this disease.

The antigen-presenting cells, such as the dendritic cells, fail to pick up the traces of the virus and present them to innate and adaptive immune cells to clear the infection. As the virus continues to replicate in the tissue around the wound, at a low level, over a month to six weeks, it binds to the post-synaptic neurotransmitter receptors, causing its uptake into the motor end-plate – the structure that mediates neuromuscular impulse transmission.

Some studies show that this initial local replication is not uniformly present, with some strains entering the axon terminals directly.

Having achieved its aim of entering the nerve, its target cell, it spreads backward to the spinal cord, and the brain, racing along the nerves from synapse to synapse inside the covering of the Schwann cell that envelopes the nerve axon. This is mediated by the rabies virus G protein, which allows it to move from the post-synaptic to the pre-synaptic site.

The viral P protein may be involved in the limitation of viral replication. It also antagonizes the antiviral interferon response and thus enables immune evasion. Moreover, it mediates the entry of the virus into the peripheral nerve axons.

At this point, symptoms like nerve pain and numbness, or tingling, may begin. Once the virus reaches the brain, it spreads via the widespread nicotinic receptors of the brain. It also spreads outward to involve the peripheral nerves and the autonomic nervous system, accounting for many of the symptoms in progressive disease.

It is finally transported in the reverse direction to the salivary glands and is then found in the saliva, to cause further infections.

Rabies is almost invariably fatal once the virus reaches the central nervous system (CNS), which takes about 30-50 days, depending on how far away the wound site is from the brain. For this reason, the disease onset is rapid with wounds on the face compared to those on the foot.

This interval is extremely helpful in allowing the bitten exposed person or animal to be vaccinated against the virus, and to receive anti-rabies immunoglobulin to neutralize whatever viral particles are in the wound.

Why rabies is typically fatal

Medical students learn that if a patient with rabies does not die within a few days, the diagnosis of rabies is wrong. This underlines the almost invariably fatal outcome of this disease. Despite extremely rare reports of a very small number of survivors, mostly infected via bat-originated rabies viruses, almost all of them have marked deficits of neurological function.

Survival with recovery was notably described with Jeanna Geise in the USA after being on the so-called Milwaukee Protocol that put her into a coma while her immune system responded to the virus. This outcome has never been replicated, however.

Why is rabies such an overwhelming challenge, even though the inflammation and neuronal abnormalities were seen in the brain at autopsy is slight, and though the virus has not been found to invade the circulation?

Most viral infections are vulnerable to antiviral drugs, which operate by inhibiting the viral lifecycle that is essential to productive infection. However, the rabies virus is adept at evading these antivirals as well as the host immune response.

The immune response in a rabid animal, in laboratory experiments, shows both antibodies and cellular immunity being activated to clear the virus. However, the issue is the inability of the infected animal to enhance the BBB permeability so that immune antibodies and cells can cross into the CNS.

Even after a virus infects the CNS, early viral clearance by the immune response is typically associated with complete or near-complete.

Rabies virus spread via the motor nerve pathways is not associated with marked CNS inflammation or with any neurological deficit. Even after it enters the brain, the motor nerve cells continue to function normally until the final acute stage. The cerebrospinal fluid also does not show the influx of immune cells as would be expected during widespread inflammation.

In rabid dogs, it has been observed that muscle micro-RNA (ribonucleic acid) molecules bind to the viral RNA to restrict viral replication and translation. The low viral RNA copy number and protein levels help to lull the immune system into false security even while replication is taking place. This restriction of replication also keeps neurons intact so that the virus can hitchhike rapidly on them to the CNS.

This explains why early postexposure prophylaxis (PEP) is required and effective in preventing rabies in humans following exposure.

The virus exploits the blood-brain barrier (BBB) to achieve self-protection. The BBB is a discontinuous membrane that prevents the entry of cells and large molecules, including proteins, into the brain. Normally, inflammation of the brain causes the BBB to become more porous as the tight junctions between cells are reduced.

This allows immune cells and antibodies to enter the brain and counter the infection, though it also, often, causes neuronal damage and correlates with neurological symptoms.

With the rabies virus, however, the blood-brain barrier remains impermeable despite the entry of the virus, perhaps because the virus has the ability to prevent inflammation and the resulting release of cytokines and chemokines. Researchers have suggested that “at some time after the virus has reached the CNS tissues, the BBB in the cerebellum becomes refractory to the signals that trigger enhanced permeability”.

This means that the brain, and the virus, are locked off from the immune response or antiviral drugs. The mechanism by which this is achieved remains unknown but could be highly promising in its potential for the management of rabies. It could also help treat neurodegenerative diseases (such as Alzheimer’s, Parkinson’s, or multiple sclerosis) in which the BBB is abnormally permeable.

The possibility of enhancing the BBB permeability to allow rabies virus neutralizing antibodies and immune cells to enter the CNS and clear the virus is being explored by many researchers.

Inappropriately high inflammatory reactions can also lead to severe disease or death in viral infections of the CNS. Interestingly, laboratory-weakened rabies virus strains induce a strong and even lethal immune and inflammatory reaction with activation of the dendritic cells. This shows that mild inflammation is necessary for viral clearance and survival after rabies infection.

In fact, the virus, like an evil genius, alters the immune signaling pathways themselves so that the immune T cells undergo apoptosis, rather than destroying the virus.

Neuroinvasiveness, neurotropism, and neurovirulence are the major defining characteristics of RV (rabies virus). To infect the CNS, pathogenic street RVs have acquired the ability for rapid entry and efficient spread, while producing only low amounts of viral RNA and proteins in order to prevent cell injury.”

The absence of neuronal apoptosis compared with the induction of apoptosis in the T cells that could be protective, allows the virus to spread widely and cause lethal infection – the so-called “subversive neuroinvasive strategy of rabies virus.”