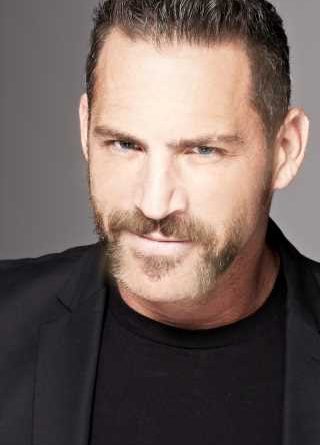 Professional hair and makeup artist Scott Patric, 53, has died.
Patric was best known for his work as the makeup lead for shows such as "Project Runway," "Project Runway All Stars," "Under the Gunn," "Project Runway Junior" and "Threads." He also worked on TLC's "Say Yes to the Dress America" and Amazon Prime's "Making the Cut," to premiere later this year.
After suffering a heart attack on Jan. 8, Patric died in his sleep at his home in Midtown Manhattan, according to a representative. A memorial service is being planned.
"He liked to say, 'I got it,' and that said it all about Scott," said Jim Indorato, Patric's longtime agent and friend, in a statement. "It perfectly defines his work style. He could be counted on to create any arresting look a designer or client might request. He worked with all the top brands — Mally Beauty, L’Oréal, Laura Geller, Laura Mercier, Benefit Cosmetics, Butter London and Mary Kay, to name a few."
Over the course of his 36-year career, Patric worked with celebrities such as Alyssa Milano, Angelina Jolie, Naomi Campbell, Salma Hayek, Gisele Bündchen, Madonna, Kate Moss, Kerry Washington, Katie Holmes, Taylor Swift and Nicole Scherzinger. He created beauty runway looks for fashion houses such as Chanel, Balenciaga, Armani, Donna Karan and Michael Kors, and worked under makeup artists such as Dick Page, Tom Pecheux and Diane Kendal.
More from WWD.com:
Rosie Huntington-Whiteley Is Hourglass' First Brand Ambassador
Olaplex Taps JuE Wong as CEO
Noto Botanics to Open First Flagship in Los Angeles
Source: Read Full Article