Home » Health News » A woman with terminal cancer had Snapchat sex with a stranger, but her husband didn't see it as cheating 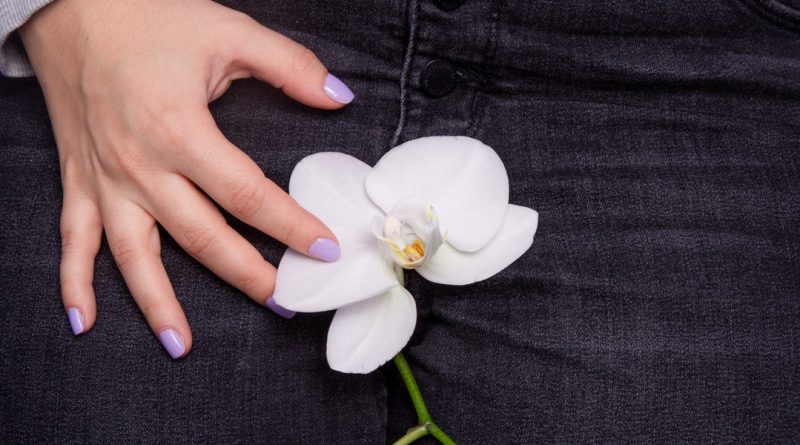 The internet has created new ways for people to connect with just the download of an app and the click of a button, but the lack of face-to-face contact can lead to confusion about what counts as crossing a line, especially when it comes to the realm of sex and relationships.

Those issues are discussed in the new non-fiction podcast "Dying for Love," where host Nikki Boyer interviews her friend Molly, a woman whose terminal cancer diagnosis was the catalyst for her sexual experimentation and awakening, leaving her unhappy marriage and having tantalizing experiences.

In the podcast's first episode, Molly talked about having sex with a stranger on Snapchat soon after her diagnosis, before telling her husband she wanted to.

"My body had gotten what it needed, but I was also filled with anxiety because like, oh my god, does this make me a cheater?" Molly said during the episode. "Because I'm not a cheater and I'd never cheated on someone my whole life. I was very loyal, but I was torn because this was something I really, really needed," she said of her Snapchat experience.

Molly knew why she'd done it: she and her husband were already having problems, and her medication gave her a much higher sex drive than her husband.

That night, she told her husband about her Snapchat experience and, although he was taken aback, he said he didn't mind.

If both partners consent to a new relationship dynamic, it isn't an affair

According to New York City-based therapist Rachel Wright, if someone in a monogamous relationship is curious about exploring intimacy outside of that relationship, it's normal to feel that way.

But the way in which they set the groundwork for exploring that side of themselves is important if they don't want to risk upsetting their partner or sabotaging their existing relationship.

"If there is an agreement between two people in a relationship that something is 'okay,' then it's okay! It doesn't matter what society tells you," Wright said.

If a person wants to open their monogamous marriage and have other sexual partners, for example, that's perfectly fine, even though societal norms suggest you're only supposed to romantically love one person.

"When it's not okay to have a digital affair is when you're doing it while lying to your partner," Wright said.

"I am a firm believer in operating within the agreements set within a relationship, whether that's monogamous, non-monogamous, or anywhere in between," Wright added.

It's difficult to reconcile having a different sex drive than your partner, but there are things you can try

Instead of experimenting with intimacy outside of your relationship and explaining your reasoning to your partner afterwards, Wright recommended speaking honestly with your partner about how you're feeling both physically and mentally before springing into action.

"Some people are wired to want and need stimuli from external places and there's nothing wrong with that, as long as it's been communicated to your partner and an agreement has been made," she said.

At the same time, Wright acknowledged that putting your thoughts and emotions into words you can share with your partner is a difficult feat, since we're never taught how to properly do so.

But you can teach yourself, Wright said. She recommended journaling about your sex drive, sex life, partner, what you want, dream, and desire, and then reading through those entries to better understand what you want to say to your partner.

Then you can more effectively communicate with your partner and work together to come up with a solution for your differences in sex drive.

Lastly, Wright suggested going to a couples or sex therapist, which Molly and her husband did try together before their eventual divorce.

"It's my firm belief as a therapist myself that couples therapy is actually the best when there isn't a problem going on, but rather you want to avoid having problems," she said.

"If you have different sex drives, but it hasn't caused an issue yet, great, go in now. And if it already has started to create some issues, that's okay," because a therapist can provide you and your partner with tools to navigate that tricky conversation together.