Home » Health News » Boris and Rishi in u-turn after being pinged by NHS app – when does self-isolation end? 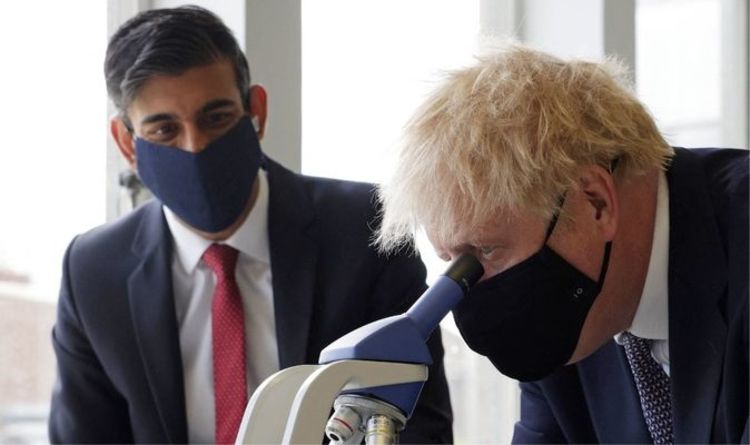 The Prime Minister and the Chancellor came under fire as Number 10 initially announced they would not have to self-isolate after being “pinged” by the NHS app. It seemed Boris Johnson and Rishi Sunak might be able to avoid isolation after announcing they were part of a scheme that meant they were partially exempt. If you are contact traced how long will you be expected to isolate for?

Downing Street stated on July 19 the PM and Chancellor would not have to isolate and they would be involved in a pilot which would allow them to continue going into work while taking daily tests.

But in an abrupt U-turn, these plans were reversed and both have now said they would be self-isolating.

The two politicians were contact traced by the Test and Trace system after they had been in close contact with someone who tested positive for the virus.

They will join Sajid Javid who went into isolation after testing positive for Covid on July 17.

Labour leader Sir Keir Starmer released a statement in response saying: “Boris Johnson and Rishi Sunak have been busted yet again for thinking the rules that we are all following don’t apply to them,” he said in a statement.

“The public has done so much to stick to the rules. At a time when we need to maintain confidence in self-isolation, parents, workers and businesses will be wondering what on earth is going on in Downing Street.

“The way the Prime Minister conducts himself creates chaos, makes for bad government and has deadly consequences for the British public.

“Yet again the Conservatives fixed the rules to benefit themselves and only backtracked when they were found out. They robbed the bank, got caught and have now offered to give the money back.”

So if you are contact traced, how long will you have to self isolate for?

Your self-isolation period includes the day you were last in contact with the person who tested positive and the next 10 full days.

So if you aren’t contact traced on the same day as the person tests positive you may face a shorter period of isolation.

If you then test positive yourself the 10 days will restart from the day after your symptoms started – meaning you will have to self-isolate for longer than 10 days overall.

If you test positive your whole household must also self-isolate for 10 days, counting from the day after your symptoms started.

What should you do if you are told to isolate?
If you’re told to self-isolate by Test and Trace or the NHS COVID-19 app you must self-isolate immediately.

You should not leave your home for any reason.

If you need essentials such as food or medicine you should order them online or ask friends and family to fetch these for you.

If you live with others try to avoid contact them as much as possible.

Anyone you live with and anyone else in your support bubble doesn’t need to self-isolate if you are symptom-free.