Home » Health News » Cancer warning: People with heart failure found to be at greater risk of the disease 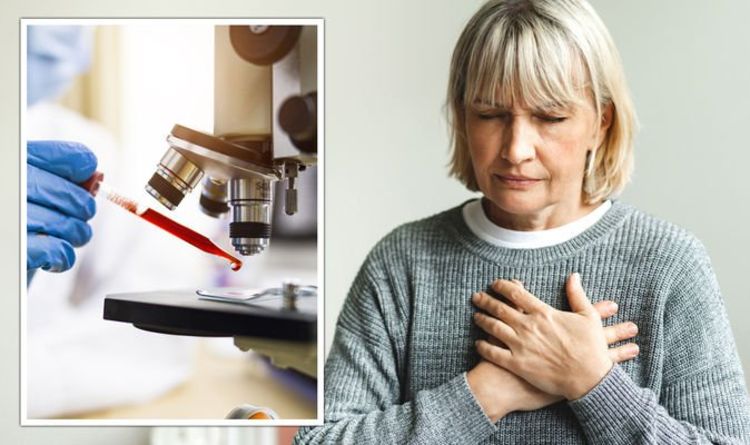 The signs and symptoms of heart failure

People with heart failure may be at an increased risk for cancer, experts have warned. Heart failure occurs when the heart is unable to pump blood around the body properly, following damage caused to the organ’s muscles from a heart attack. Experts now believe that heart failure patients might benefit from being monitored for cancer.

Researchers leading the study, published in the journal ESC Heart Failure, tracked 100,124 patients with heart failure, comparing them with the same number of participants who did not have heart failure.

Both comparison groups were cancer-free at the start of the study.

Scientists tracked their incidence of cancer over the following 10 years.

The two groups were matched for age, sex, age, obesity and the incidence of diabetes.

READ MORE: The three supplements to take for a healthy heart – and the one to avoid

Researchers noted they lacked data on the participants’ socioeconomic status, smoking, alcohol consumption and physical activity, which are all known to affect the risk of cancer.

The findings showed significant disparities between the two groups. Overall, 25.7 percent of patients with heart failure were diagnosed with some form of cancer, compared with 16.2 percent of those without.

Although previous studies had established the risk of cancer among heart failure patients, this analysis allowed researchers to identify different types of cancer.

Patients with heart failure had more than double the risk for cancers of the lip, oral cavity and pharynx.

People with heart failure had a 75 percent higher risk for colon and cancer, stomach cancer and other cancers of the digestive system.

Dr Girish L. Kalra, a senior cardiology fellow at the David Geffen School of Medicine at U.C.L.A., said: “I think it is an interesting retrospective cohort study.”

“The primary shortcoming of the study is that the database did not allow investigators to control for the single greatest risk for developing cancer and heart disease: smoking.

“Cigarette smoking may be the common thread in the study.”

Mark Luedde, a cardiologist at the University of Kiel in Germany, pointed out: “There are more correlations between heart failure and cancer than just common risk factors.

Heart and circulatory diseases cause around a quarter of all deaths in the UK, which is more than 160,000 deaths each year – an average of 460 deaths each day.

There are around 7.6 million people living with a heart or circulatory disease in the UK; 4 million men and 3.6 million women.

Coronary heart disease is the most common type of heart and circulatory disease, killing the most men and women worldwide in 2019.

In the UK there are more than 100,000 hospital admissions each year for heart attacks: that’s one every five minutes.