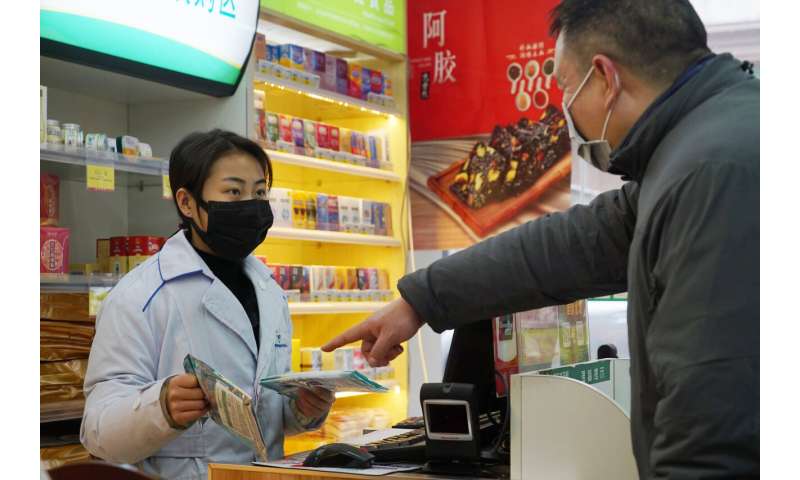 Chinese health authorities urged people in the city of Wuhan to avoid crowds and public gatherings, after warning that a new viral illness that has infected more than 400 people and killed at least nine could spread further.

The appeal came ahead of a World Health Organization meeting in Geneva later Wednesday to determine whether the outbreak should be declared a global health crisis.

The number of new cases has risen sharply in China, the center of the outbreak. There were 440 confirmed cases as of midnight Tuesday in 13 jurisdictions, said Li Bin, deputy director of the National Health Commission. Nine people have died, all in Hubei province, since the outbreak emerged in its provincial capital of Wuhan late last month.

“There has already been human-to-human transmission and infection of medical workers,” Li said at a news conference with health experts. “Evidence has shown that the disease has been transmitted through the respiratory tract and there is the possibility of viral mutation.”

The illness comes from a newly identified type of coronavirus, a family of viruses that can cause the common cold as well as more serious illnesses such as the SARS outbreak that spread from China to more than a dozen countries in 2002-2003 and killed about 800 people. 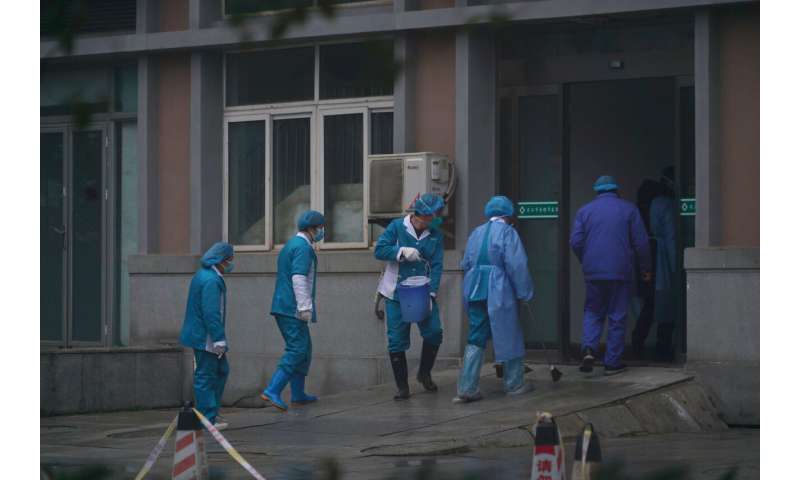 Authorities in Thailand on Wednesday confirmed four cases, a Thai national and three Chinese visitors. Japan, South Korea, the United States and Taiwan have all reported one case each. All of the illnesses were of people from Wuhan or who recently traveled there.

“The situation is under control here,” Thai Public Health Minister Anutin Charnvirakul told reporters, saying there are no reports of the infection spreading to others. “We checked all of them: taxi drivers, people who wheeled the wheelchairs for the patients, doctors and nurses who worked around them.”

Macao, a former Portuguese colony that is a semi-autonomous Chinese city, reported one case Wednesday. 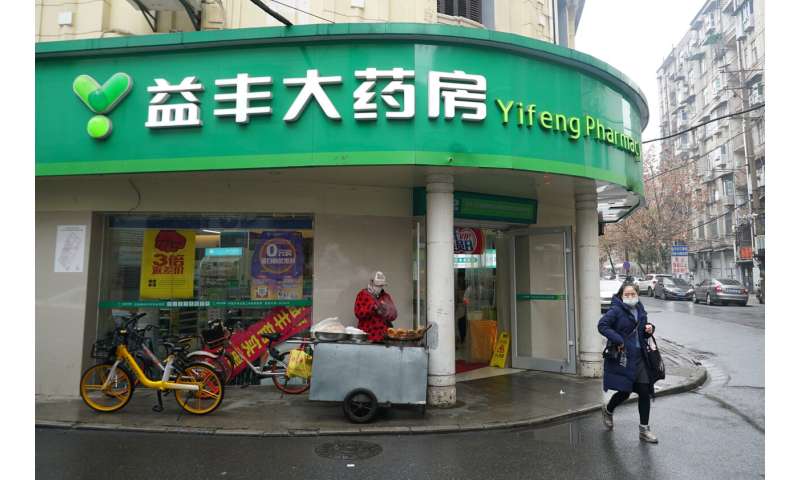 In Wuhan, pharmacies limited sales of face masks to one package per customer as people lined up to buy them. Residents said they were not overly concerned as long as they took preventive measures.

“As an adult, I am not too worried about the disease,” Yang Bin, the father of a 7-year-old, said after buying a mask. “I think we are more worried about our kids. … It would be unacceptable to the parents if they got sick.”

Medical workers in protective suits could be seen carrying supplies and stretchers into Wuhan Medical Treatment Center, where some of the patients are being treated. 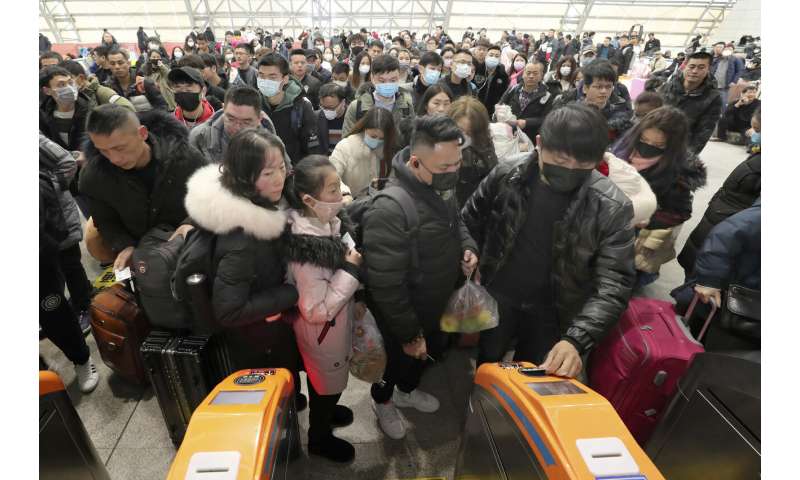 Other countries have stepped up screening measures for travelers from China, especially those arriving from Wuhan. Worries have been heightened by the Lunar New Year holiday rush, when millions of Chinese travel at home and abroad.

Officials said it was too early to compare the new virus with SARS or MERS, or Middle East respiratory syndrome, in terms of how lethal it might be. They attributed the spike in new cases to improvements in detection and monitoring.

“We are still in the process of learning more about this disease,” Gao Fu, an academician of the Chinese Academy of Sciences and head of the Chinese Center for Disease Control, said at the news conference.

Gao said officials are working on the assumption that the outbreak resulted from human exposure to wild animals being sold illegally at a food market in Wuhan and that the virus is mutating. Mutations can make it spread faster or make people sicker. 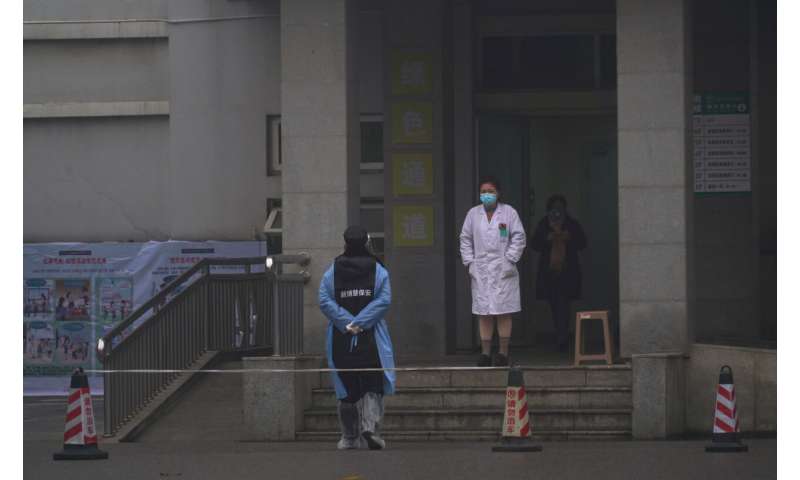 Jiao Yahui, a health commission official, said the disease “will continue to develop. It has developed different features compared with the early stage, and the prevention and precautionary measures need to change accordingly.”

One veteran of the SARS outbreak said that while there are some similarities in the new virus—namely its origins in China and the link to animals—the current outbreak appears much milder.

Dr. David Heymann, who headed WHO’s global response to SARS in 2003, said the new virus appears dangerous for older people with other health conditions, but doesn’t seem nearly as infectious as SARS.

“It looks like it doesn’t transmit through the air very easily and probably transmits through close contact,” he said. “That was not the case with SARS.”

Health officials confirmed earlier this week that the disease can be spread between humans after finding two infected people in Guangdong province in southern China who had not been to Wuhan. 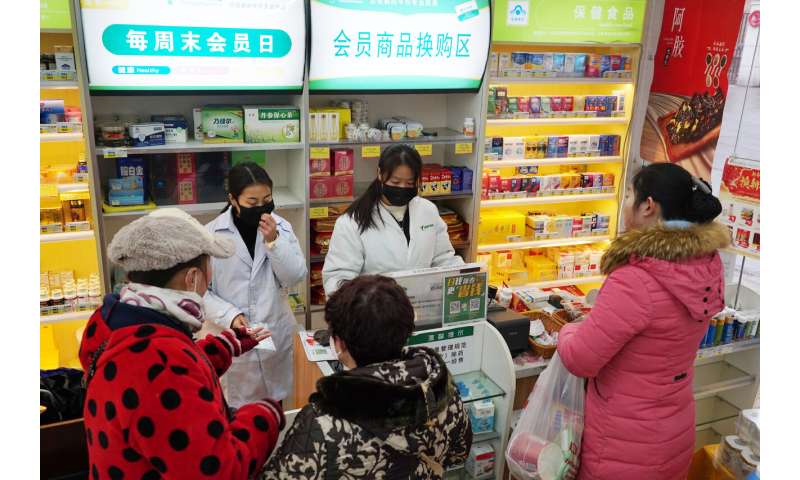 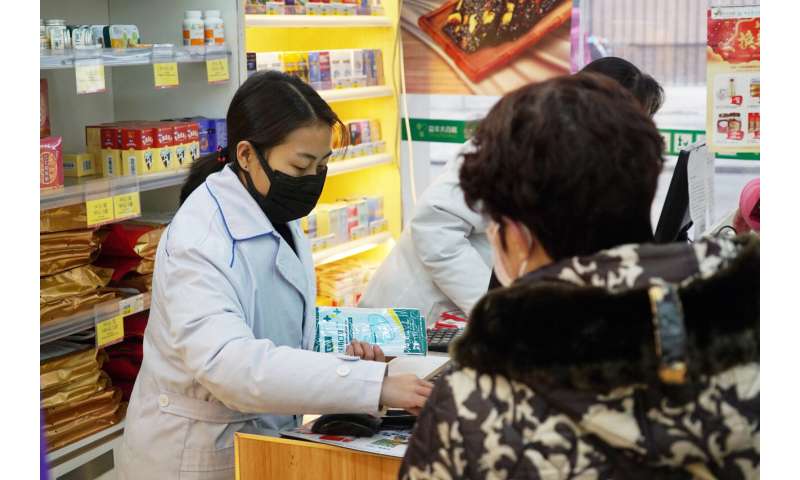 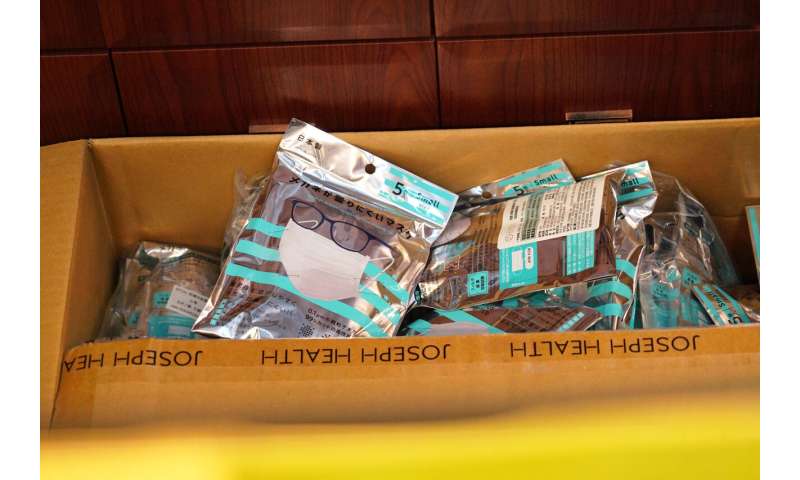 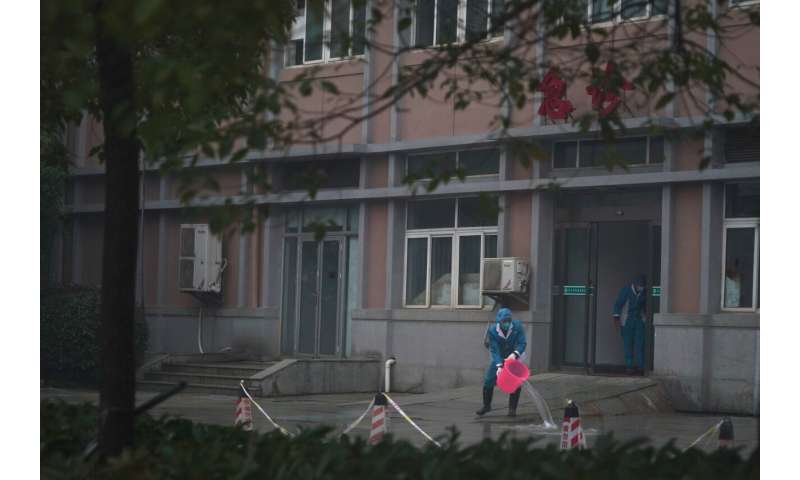 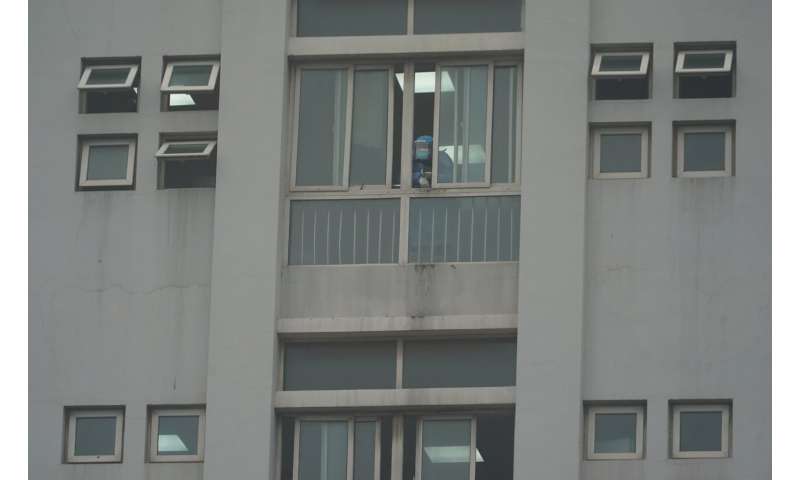 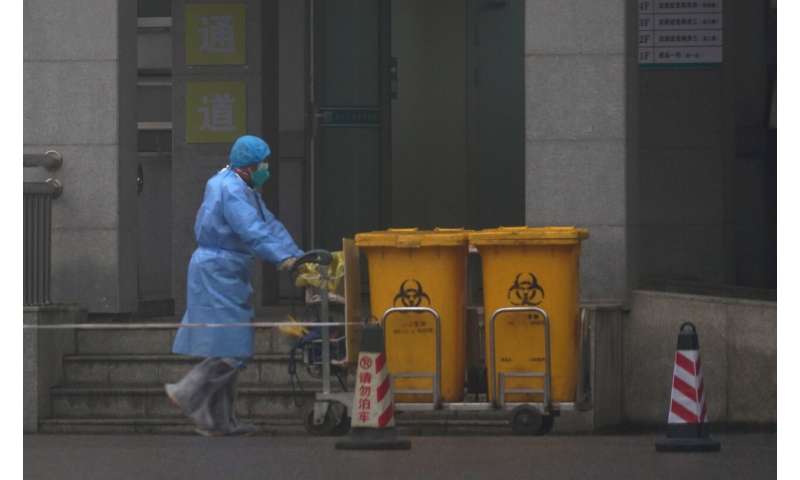 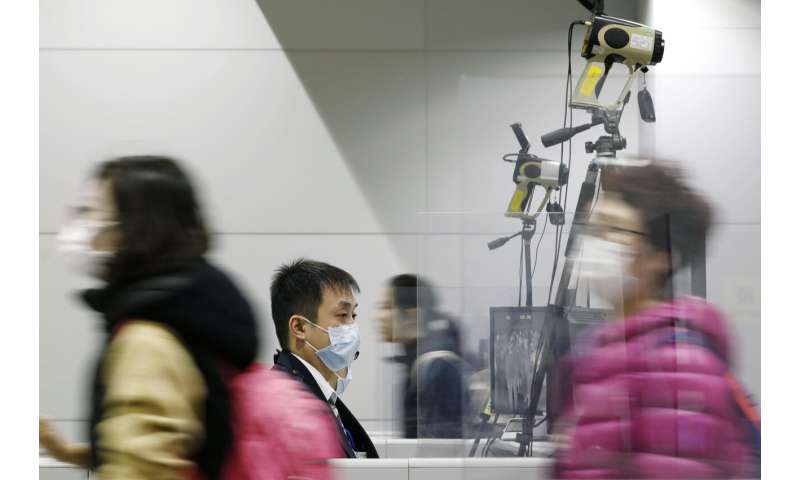 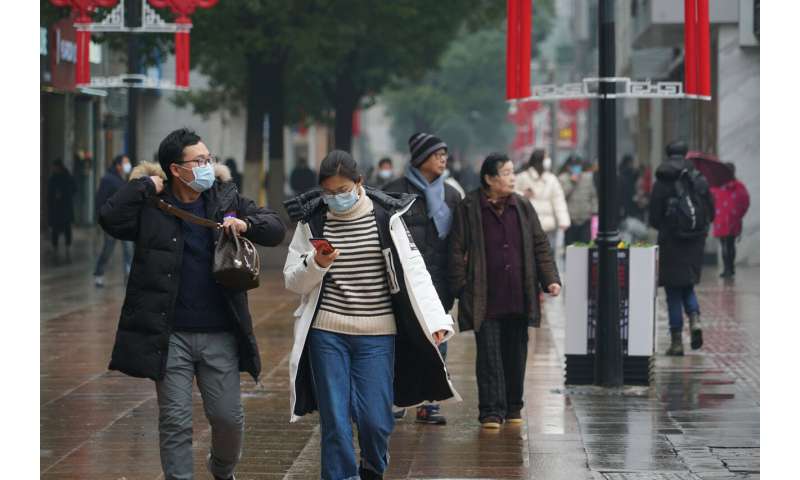 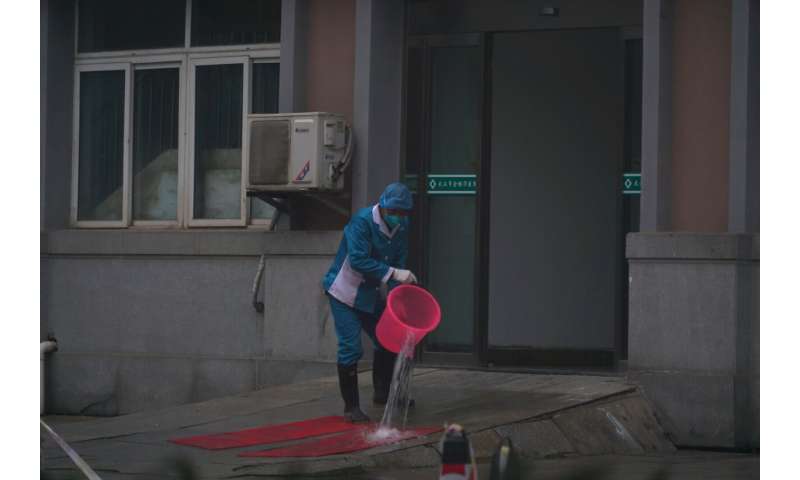 Fifteen medical workers also tested positive for the virus, the Wuhan Municipal Health Commission has said. Fourteen of them—one doctor and 13 nurses—were infected by a patient who had been hospitalized for neurosurgery but also had the coronavirus.

“This is a very profound lesson, which is that there must not be any cracks in our prevention and control,” Wuhan Mayor Zhou Xianwang said about the infections of the medical workers in an interview with state broadcaster CCTV.