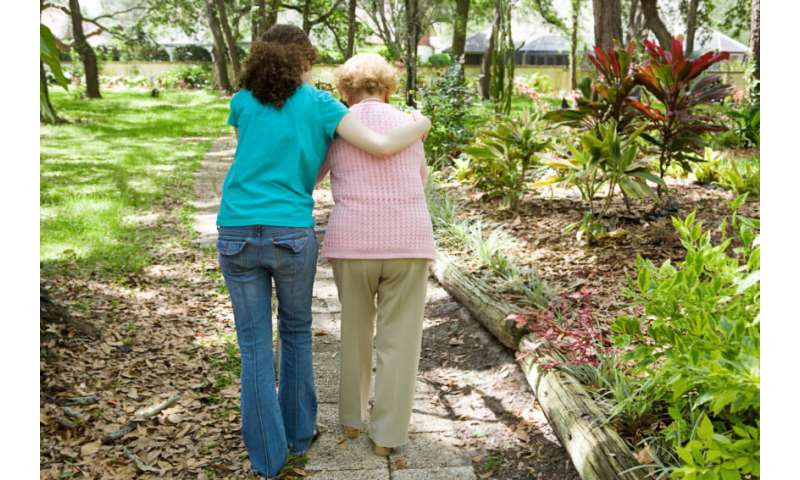 Do thinking and walking go hand in hand in determining the health course of senior adults? A study published by UT Health San Antonio researchers found that, indeed, the two functions often parallel each other in determining a person’s health trajectory.

The researchers analyzed data from 370 participants in the San Antonio Longitudinal Study of Aging (SALSA) and found that they grouped into three distinct trajectories. These classifications were based on the participants’ changes on a cognitive measure and a gait speed task over an average of 9½ years:

“In our community-based sample of Mexican American and European American older adults aged 65 to 74 years old at baseline, the majority of individuals began the study with higher scores in both domains, cognition and gait speed. During follow-up, this group demonstrated resilience to age-related declines and continued to be functionally independent,” said study senior author Helen Hazuda, Ph.D., professor in UT Health San Antonio’s Long School of Medicine and the principal investigator of SALSA.

“In contrast, one-fifth of individuals began the study with lower scores in cognition and gait speed. They experienced deterioration in each domain during the follow-up period,” Dr. Hazuda said.

The third group of individuals, termed the physical vulnerability class, demonstrated stable cognition throughout the study, but their gait speed slowed over time.

Cognition was assessed using English or Spanish versions of the Folstein Mini-Mental State Examination, a 30-item tool that assesses orientation to time and place, attention, recall, language and other aspects. Gait speed was measured with a timed 10-foot walk.

“For most of the population we studied, changes in cognition and gait speed were parallel, which suggests shared mechanisms,” said Mitzi M. Gonzales, Ph.D., lead author of the study and a neuropsychologist with the Glenn Biggs Institute for Alzheimer’s and Neurodegenerative Diseases, which is part of UT Health San Antonio.

Cognition and gait speed may be altered by blood vessel disease, brain tissue insults, hormone regulation, and abnormal deposits of amyloid beta and tau proteins in the brain, Dr. Gonzales said. Amyloid beta and tau deposits are well-known indicators of Alzheimer’s disease but may impact gait, too.

“Abnormal protein deposition promotes neurodegeneration and synaptic loss, which may induce dysfunction in brain regions governing cognition and gait,” said study coauthor Sudha Seshadri, M.D., professor of neurology in the Long School of Medicine and director of the Biggs Institute. “Another possibility is damage to white matter in regions integral to both cognition and gait coordination.”

SALSA investigators led by Dr. Hazuda launched the study in 1992 and completed the baseline examination in 1996. Follow-up examinations were conducted at 18-month intervals between 2000 and 2005.

Prevalence of a key risk factor in this group, diabetes, was significantly higher in Mexican Americans (23%) than in European Americans (7%). Diabetes was associated with a 4½ times higher likelihood of being part of the cognitive and physical vulnerability class.

Individuals who entered the study with poorer cognition and slower gait speed went on to decline in both domains at an accelerated pace through the years of follow-up, Dr. Hazuda said.

“In this at-risk group, we observed steeper rates of decline over and above the low starting point,” Dr. Hazuda said. “This suggests that preventive efforts should ideally target young and middle-aged adults in which there is still time to intervene to alter the trajectories.”