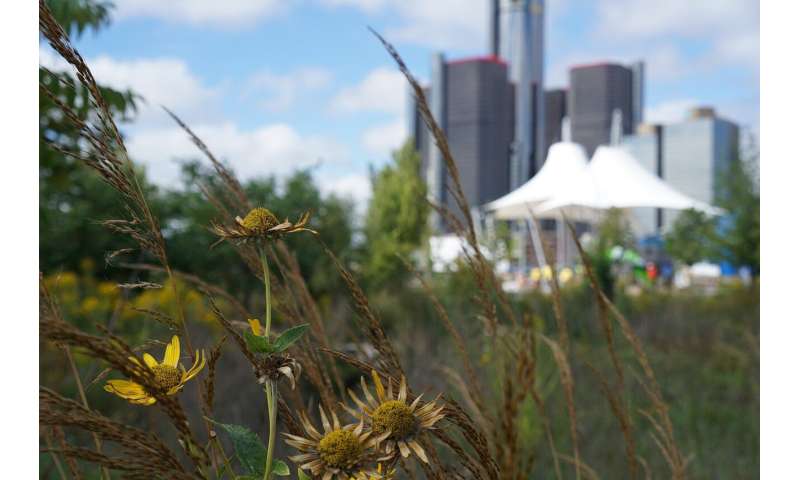 Over half of a cohort of 23-35-year-old black women from Detroit had detectable levels of organochlorine pesticides in their blood, possibly from tobacco, alcohol, and water.

A new Boston University School of Public Health (BUSPH) study published in the journal Environmental Research finds detectable levels of DDE (what DDT becomes when metabolized in the body) and other banned organochlorine pesticides (OCPs) in the blood of over 60 percent of a cohort of black women of reproductive age in the Detroit area, with higher levels in women who smoked cigarettes daily, drank more alcohol, and drank more water.

Dichlorodiphenyltrichloroethane (DDT) and other OCPs were banned decades ago. But they can dissolve into a person’s body fat, and remain there for years, causing hormonal and metabolic issues, and even brain development issues from in-utero exposure.

“If cigarettes, alcohol, and drinking water are in fact exposing black women to pesticides, this matters!” says study lead author Dr. Olivia Orta, a postdoctoral research associate in the Department of Epidemiology at BUSPH.

“The sources that we identified as potential OCP correlates should be tested for pesticide contamination,” she says, “especially drinking water.”

However, Orta cautions that the study was not able to distinguish between bottled and tap water, or test participants’ tap water for these chemicals, so “we do not want to suggest that black women in Detroit reduce their water consumption in response to our study findings,” she says. Instead, the study points to the importance of water monitoring—which has been notoriously inequitable, as seen in nearby Flint—and the need to test for OCPs in tap and bottled water as well as in alcohol and tobacco, she says.

Orta and colleagues used data from the Study of Environment, Lifestyle, and Fibroids (SELF), a prospective cohort study of reproductive-age black women recruited from the Detroit metropolitan area from 2010 to 2012. For the current study, the researchers analyzed blood samples from 742 fibroid-free participants, given when they entered the study, and their responses to questionnaires about health histories, demographics, behaviors, and other factors.

The researchers found detectable levels of four OCPs—dichlorodiphenyltrichloroethane (DDE), hexachlorobenzene (HCB), oxychlordane, and trans-nonachlor—in over 60 percent of the participants.